O. A. Zhukova, A. A. Kara-Murza and M. G. Talalay are well known as researchers in the Russian and Italian culture. New work, written in collaboration, is dedicated to Russian writers, philosophers, artists, travelers, who had visited the old Amalfi in southern Italy. The relics of St. Andrew the Apostle are a spiritual treasure of the city for over 800 years.The basis of historical and philosophical program of the book is studies of the intellectual biographies of prominent figures of Russian literature, philosophy and art of the nineteenth and twentieth century. They had inspired by the beauty of Amalfi, embodying it in his works. 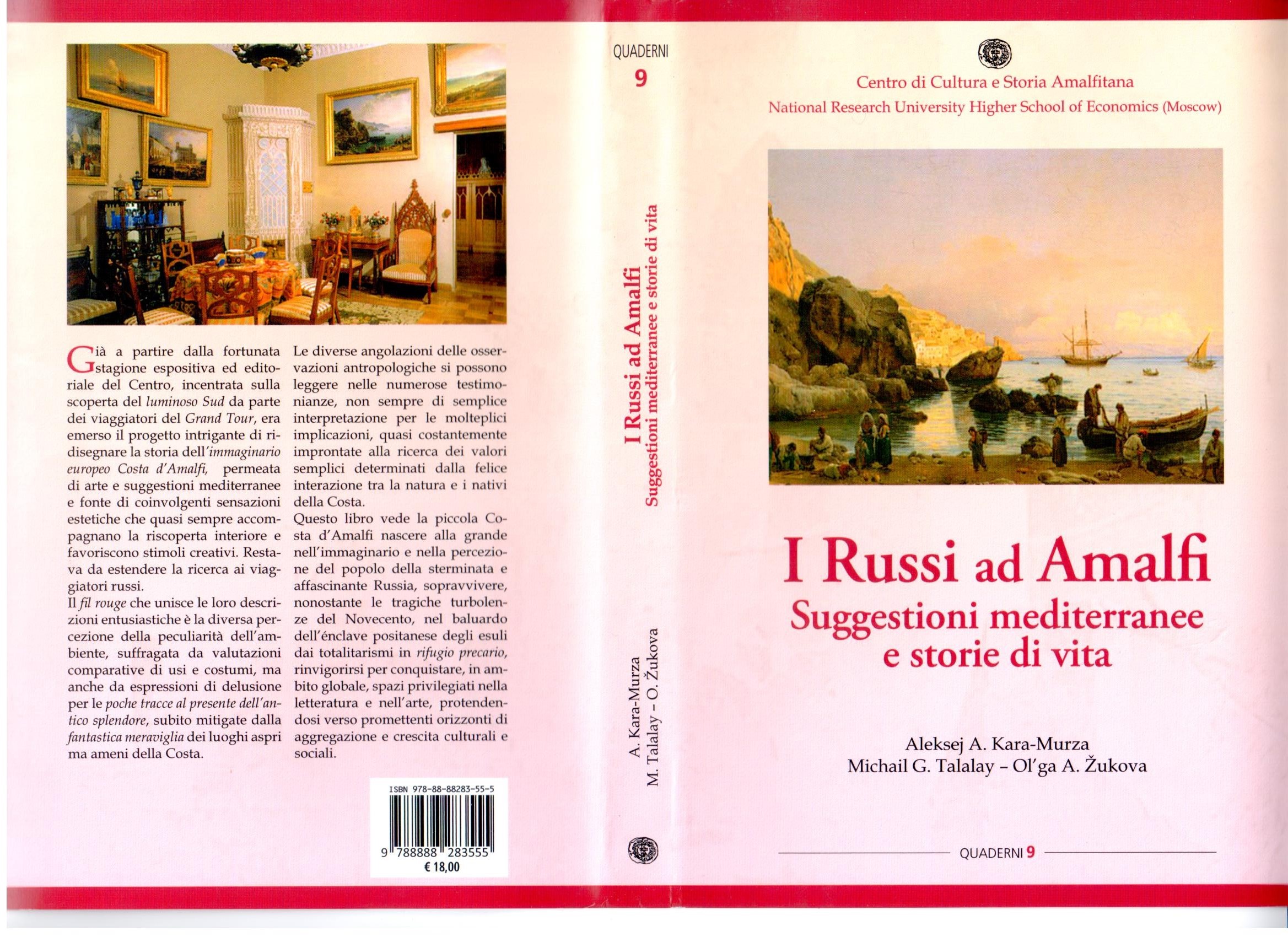