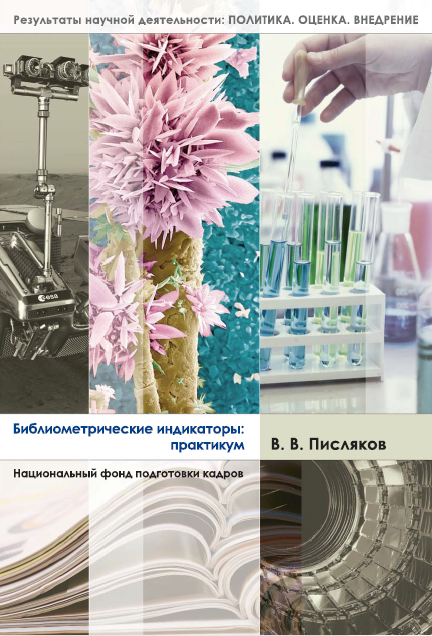 The second edition of Handbook on Scientometrics is designed to provide an overview of the fi eld of scientometrics. The Handbook describes the history of creation of the breakthrough concept of citation indexing by Dr. Eugene Garfi eld, and development of the fi rst multidisciplinary scholarly citation index, the Science Citationь Index. Application of scientometric tools and methods in research management and resource allocation is discussed. Authors survey various scientometric indicators relevant to individual researchers, journals, research institutions and whole countries. Authors explore new types of indicators, such as altmetrics, relationship between scientometric indicators and the nature of scientifi c communication, and various methods of visualizing scientometric information. Possibilities and limitations of various scientometric techniques are examined. Authors highlight the need for an informed and reasonable approach to the use of quantitative indicators for research assessment. The Handbook includes Russian translations of two research reports by the Institute for Scientific Information (ISI). The Handbook is intended for use by researchers, science analysts, universities and research institutions administrators, libraries and information centers staff, graduate students, and the general reader interested in scientometrics and research evaluation.

We use data on economic, management and political science journals to produce quantitative estimates of (in)consistency of evaluations based on seven popular bibliometric indicators (impact factor, 5-year impact factor, immediacy index, article influence score, h-index, SNIP and SJR). We propose a new approach to aggregating journal rankings: since rank aggregation is a multicriteria decision problem, ordinal ranking methods from social choice theory may solve it. We apply either a direct ranking method based on majority rule (the Copeland rule, the Markovian method) or a sorting procedure based on a tournament solution, such as the uncovered set and the minimal externally stable set. We demonstrate that aggregate rankings reduce the number of contradictions and represent the set of single-indicator-based rankings better than any of the seven rankings themselves.

Proceedings of the 21 International Conference on Science and Technology Indicators: Peripheries, frontiers and beyond.

In the current context of the globalization of science, excellence is most often associated with internationalization and assessed through high-impact “international” (English-language) publications. Taking Russian economic science as a case study, this paper argues that the strategies of internationalization of national disciplinary fields are primarily determined by the parameters of the global economics itself. My analysis of the Russian publications in economics covered by Web of Science demonstrates that the very repertoire of international publication strategies of Russian authors is determined by the transnational system of communication in economics. Economics papers from peripheral nations are essentially assigned to regional or “area studies” periodicals, which do not belong to the core of the discipline. Publication in top economics journals requires a specific “international” competency usually obtained through doctoral training at Anglo-American or equivalent PhD programs and generally implies a delocalization of research objects and questions.