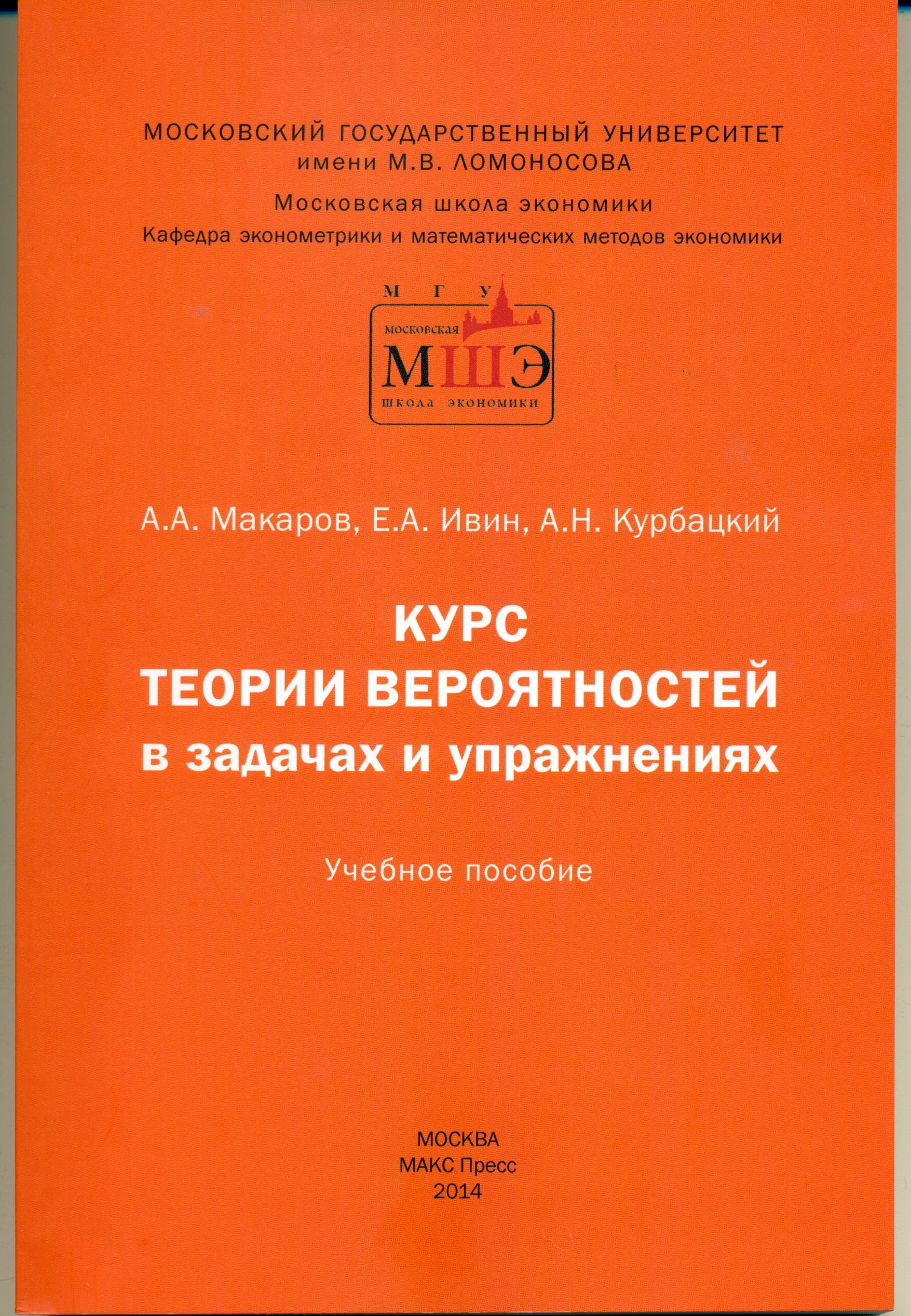 Теория вероятностей и статистика. Экспериментальное учебное пособие для 10-11 классов общеобразовательных учреждений.
Макаров А. А., Тюрин Ю. Н., Высоцкий И. Р. и др. М.: МЦНМО, 2014.
The ASEP and determinantal point processes
Olshanski G., Borodin A. arxiv.org. math. Cornell University, 2016
We introduce a family of discrete determinantal point processes related to orthogonal polynomials on the real line, with correlation kernels defined via spectral projections for the associated Jacobi matrices. For classical weights, we show how such ensembles arise as limits of various hypergeometric orthogonal polynomials ensembles. We then prove that the q-Laplace transform of the height function of the ASEP with step initial condition is equal to the expectation of a simple multiplicative functional on a discrete Laguerre ensemble --- a member of the new family. This allows us to obtain the large time asymptotics of the ASEP in three limit regimes: (a) for finitely many rightmost particles; (b) GUE Tracy-Widom asymptotics of the height function; (c) KPZ asymptotics of the height function for the ASEP with weak asymmetry. We also give similar results for two instances of the stochastic six vertex model in a quadrant. The proofs are based on limit transitions for the corresponding determinantal point processes.
Bounded limit cycles of polynomial foliations of ℂP²
Goncharuk N. B., Kudryashov Y. arxiv.org. math. Cornell University, 2015. No. 1504.03313.
In this article we prove in a new way that a generic polynomial vector field in ℂ² possesses countably many homologically independent limit cycles. The new proof needs no estimates on integrals, provides thinner exceptional set for quadratic vector fields, and provides limit cycles that stay in a bounded domain.
Model for organizing cargo transportation with an initial station of departure and a final station of cargo distribution
Khachatryan N., Akopov A. S. Business Informatics. 2017. No. 1(39). P. 25-35.