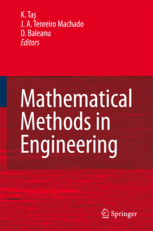 The tutorial deals with the application of the basic principles of structured programming in complex software systems in the high-level C ++ language, which are demonstrated with meaningful examples.

Topological classification of Ω-stable flows on surfaces by means of effectively distinguishable multigraphs
Vladislav E. Kruglov, Dmitry S. Malyshev, Olga V. Pochinka. arxiv.org. math. Cornell University, 2017. No. 1706.01695v1.
Structurally stable (rough) flows on surfaces have only finitely many singularities and finitely many closed orbits, all of which are hyperbolic, and they have no trajectories joining saddle points. The violation of the last property leads to Ω-stable flows on surfaces, which are not structurally stable. However, in the present paper we prove that a topological classification of such flows is also reduced to a combinatorial problem. Our complete topological invariant is a multigraph, and we present a polynomial-time algorithm for the distinction of such graphs up to an isomorphism. We also present a graph criterion for orientability of the ambient manifold and a graph-associated formula for its Euler characteristic. Additionally, we give polynomial-time algorithms for checking the orientability and calculating the characteristic.
Алгоритмизация и программирование
Паволоцкий А. В. В кн.: . Гл. 1. С. 8-87.
Алгоритмизация и программирование
Паволоцкий А. В. В кн.: . Гл. 1. С. 8-67.
Об универсальном древовидном режиме выработки хэш-кода
Богданов Д. С., Дали Ф. А., Миронкин В. О. Современные информационные технологии и ИТ-образование. 2018. Т. 14. № 2. С. 419-425.

Classical approaches to the construction of hash function modes, based on the using of iterative procedures, do not allow efficient processing of large amounts of data and can’t be adapted to parallel computing architectures. It applies to both the Russian cryptographic standard GOST R 34.11-2012, which determines the algorithm and procedure for calculating the hash function, as well as many other foreign standards (for example, SHA-3). The absence of standards for parallelized modes for the hash functions of GOST R 34.11-2012 creates an urgent need for the development of the domestic standard of the parallelized mode of hash code.

This article is devoted to the research and development of new modes of hash code generation that allow efficient parallelization of the computation process and provide cryptographic resistance satisfying modern requirements. This work continues the research carried out by the authors, and offers a fundamentally new tree mode of hash code generation ("FT-mode"), based on l-ary hash trees and allowed to use any compression mapping for a mechanism of forming tree nodes. The resistance of the mode is completely determined by the resistance of the corresponding compressive mapping. In particular, the FT-mode allows using block ciphers and substitution transformations to form nodes of a hash tree along with compression functions and hash functions. In addition, the FT-mode excludes the main functional disadvantages of the known tree modes of hash code generation that affect their operational, technical and cryptographic quality.Within the framework of the present research a number of characteristics of FT-mode are calculated, and a comparative analysis of the time and computational complexity of implementations of FT-mode and some foreign tree hash modes is carried out. The corresponding results showed that the developed mode is not inferior to any of the considered modes.

We present an approach based on a two-stage ltration of the set of feasible solutions for the multiprocessor job-shop scheduling problem. On the rst stage we use extensive dominance relations, whereas on the second stage we use lower bounds. We show that several lower bounds can eciently be obtained and implemented.