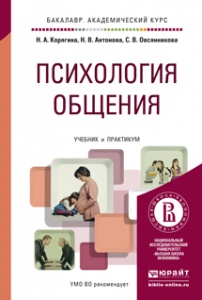 Язык как система ориентиров в социальном пространстве
Никитина Е. Б. В кн.: Информационно-коммуникационное пространство и человек (Материалы II международной научно-практической конференции 15-16 апреля 2012 г.). Пенза; М.; Витебск: Научно-издательский центр "Социосфера", 2012. С. 32-36.
The following article is an account of the author’s opinion of the role of language within the framework of society. The paramount idea is that language should not be viewed simply as a means of communication. The author suggests a more profound understanding of language as a medium between society and the culture against the background of which it manifests itself. The aforementioned conception of language provides the author with the opportunity to assert that language constitutes a system of guidelines without which society would lose its identity.
Effective Language Policy within Global Communication
Batova N. A. In bk.: Proceedings 2010 IEEE 17th International Conference on Industrial Engineering and Engineering Management (IE&EM2010). Beijing: IEEE, 2010. P. 415-418.

Свой среди других: антропология нормы в пространстве Царицынского парка
Самутина Н. В., Запорожец О. Н. Гуманитарные исследования. WP6. Высшая школа экономики, 2012. № 06.
The paper analyzes different forms of normative conduct in public space. Important general question about the production of space during everyday interactions broadly discussed in contemporary Urban Studies is complimented in this local anthropological case by different smaller levels of research showing the processes of establishment and changes of norms. Thus, the authors consider official rules and regulations in Tsatitsyno; regular practices of mass visitors; modes of everyday interaction at the park; micropractices of communication aimed to redefine the use and destination of places, and so on. The introduction to the problem of classification of “mass visitor” helps to correct some assumptions about the users of public space in contemporary Moscow.
Декарт и равнодушный Обманщик
Рогонян Г. С. Логос. 2014. Т. 98. № 2. С. 15-42.

Человек и его дискурс – 5: театр – массмедиа – политика – бизнес: коллективная монография
Репина Е. А., Борботько Л. А., Желтухина М. Р. и др. Волгоград: ВГСПУ, ИЯ РАН, OOO "ПринТерра-Дизайн", 2017.
Социальные коммуникации. Сборник программ и методических материалов к учебным курсам
Васильков В., Козловский В., Минина В. Н. СПб.: Интерсоцис, 2005.
Descartes and an Indifferent Deceiver
Rogonyan G. Философия и исследования культуры. WP20. Высшая школа экономики, 2014. No. WP20/2014/02.
The aim of this paper is to show how and why the method of radical interpretation, proposed by Donald Davidson, can solve the problems that are formulated in a variety of skeptical scenarios. In particular, the method of radical interpretation deprives Cartesian scenario (both in its traditional and recent versions) all its force and even the status of philosophical problem. Appealing to the difference between intendede and unintended lies one can see how the global skeptical scenario gets solved in both cases. The paper also formulates an argument in favor of expanded version of naturalized epistemology that was offered by W. V. O. Quine - first of all, due to the introduction of social factors. In particualr, there are always at least two necessary limitations imposed by the communication on our hypothesis about knowledge and delusion. In addition, the paper explains the need for a moderate externalism (both perceptual and social) to the variants of Descartes and Hume's skeptical scenario.
“Communications between Manufacturing Units of Multinational Corporations”, Series: Management WP BRP 38/MAN/2015
Gurkov I. B. Management. MAN. Высшая школа экономики, 2015. No. 38.
Purpose – We aim to better understand the factors that shape the intensity and perceived effectiveness of communication between heads of the manufacturing units of multinational corporations (MNCs). Design/methodology/approach – A series of interviews and a medium-size survey among subsidiary executives were conducted. Findings – The intensity of most inter-unit communication channels depends on the speed and magnitude of the changes in products and production technologies that manufacturing subsidiaries experience. For newly established subsidiaries, mastering inter-unit communication channels precedes inter-unit cooperation. At the same time, different types of inter-unit cooperation strengthen specific channels of inter-unit communication. The assessment of the efficiency of a communication channel with high media richness strongly correlates to the intensity of its use. Research limitations/implications – The results are confined to one country where the manufacturing subsidiaries of MNCs were surveyed. Further research is needed for the general applicability of these findings to subsidiaries in several countries or regions. Practical implications – As inter-unit communication precedes inter-unit cooperation for newly established subsidiaries, headquarters and more experienced subsidiaries should promote the use of communication channels with high media richness. Several suggestions on how to perform such a task are proposed. Originality/value – This paper contributes to the ongoing discussion concerning inter-unit communication and knowledge transfer within MNCs.
Развитие современного информационного пространства: анализ и перспективы
Дзялошинский И. М., Пильгун М. А., Тощева А. В. и др. Вып. 11. М.: АПК и ППРО, 2012.
Технологии работы с текстовой и фактографической информацией. Словарь-справочник
Шаров А. Г. МегаВерсия, 2007
Эффективные стратегии и тактики в современных коммуникационных процессах
Edited by: М. А. Пильгун Вып. 10. М.: АПК и ППРО, 2012.
Наблюдения над палеографией византийских надписей Северного Причерноморья
Виноградов А. Ю. Вестник древней истории. 2012. № 1. С. 182-195.
University Students’ Use of Information and Communication Technologies (ICT) in Russia: A Focus on Learning and Everyday Life
Porshnev A., Giest Hartmut. Seminar.net. 2012. Vol. 8. No. 1. P. 27-53.