Heritage of Art Diplomacy - Memoirs of an Ambassador

The volume presents for the first time four 17th-century paintings commissioned by the Habsburg Ambassador Hans-Ludwig von Kuefstein after his diplomatic mission to Istanbul, accompanied by twelve gouache works from a collection in Austria. In spite of its diplomatic and political success in the Ottoman–Habsburg relations, the Kuefstein’s embassy is remembered first of all for its artistic legacy documented by the ambassador’s diary, the draft of a final report to the Emperor, diplomatic correspondence, a list of gifts presented and received, and last but not least, a series of gouaches, executed in Istanbul, and a series of oil paintings – which serve to illustrate various aspects of 17th-century Ottoman life, and provide a detailed account of the ambassador’s mission. The Orientalist Museum of Qatar curatorial and conservation departments, with the assistance of external scientific experts, have embarked upon a collaborative project to provide new insights into the history of the Ottoman–Habsburg relations. The result is the exhibition and the volume Heritage of Art Diplomacy: Memoirs of an Ambassador – the culmination of two years’ restoration and research work aimed to provide a better understanding of the cultural heritage in respect to its aesthetic and historic significance and its physical integrity. 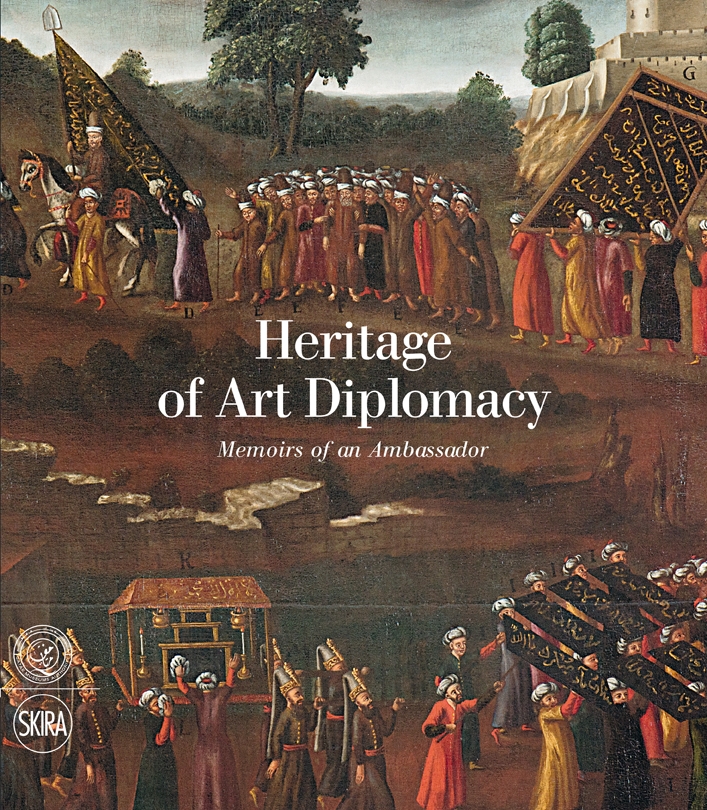 Similar publications
Paleoconservatism of the Southern Agrarians
Belkovich R. Law. LAW. Высшая школа экономики, 2013
The emergence of the Tea Party movement in recent years has shown that under the surface of mainstream political life in the USA there exists a different layer of ideas, which cannot be satisfactorily described in terms of the Republican/Democrat dichotomy. These ideas have their origins in the foundation of the American Republic, which owes a lot to ancient and mediaeval political theory. In the twentieth century there was a revival of these ideas in the form of the so-called “paleoconservative” movements which rediscovered their ancient and mediaeval heritage. This paper focuses on one of them, the Southern Agrarian movement, as exemplary of this radical intellectual project.
Роль Бимала Кришны Матилала в формировании современной парадигмы кросс-культурного философского исследования
Канаева Н. А. Историко-философский ежегодник. 2011. № 2010. С. 415-440.
A Muslim Azef, or One More Orientalist: Playing the Other in Imperio-Orientalist Mirrors
Bessmertnaya O. Basic research program. WP BRP. National Research University Higher School of Economics, 2017. No. 158/HUM/2017.
The paper discusses constructing various versions of Muslim identity by politically opposite actors, the government and Muslim activists, involved in ‘placing’ Muslims in modernizing late-imperial Russia. The problem is approached through the extreme case of M.-B. Hadjetlaché (ca 1870-1929), a baptized Jew reinventing himself as Circassian and Muslim and as such working as a State agent against Muslim opposition and vice versa. His strategies of deceit and reasons to trust him in different cultural and political milieus reveal reciprocal and often shared Orientalisms of the ‘regimes of truth’ defining the processes under study.
Alexander Volkov: of Sand and Silk
Nefedova O., Volkov A. L.: Christie's, 2012.

Orientalism can be defined as a historical and cultural event, which has been uniting various aspects of cultural life for a number of centuries—literature, fine art, architecture, music and philosophy. A "vision" of the East—positive or negative—based on imagination or historic facts, it has generated an exotic image in our consciousness, which has its own right to existence. At a crucial and timely moment in the history of relations between the West and Islam, this book provides the context and essential background to understanding this part of the world and the intense debate on this theme. The art-biographer of the XVIII-century Ottoman Empire Franco-Flemish artist Jean Baptiste Vanmour (1671–1737) left a very important legacy—pictorial evidences which can be considered as historical illustrations of all the aspects of XVIII-century Ottoman life: from diplomatic ceremonies in the Ottoman court to everyday events of Istanbul multinational society. It will be of strong interest to scholars of Middle East studies, anthropology, history, cultural studies, post-colonial studies, and literary studies.

The article focuses on the embassy of Ivan IV (the Terrible) in Regensburg to Emperor Maximilian II in 1576 and on different interpretattions of this event in contemporary texts.