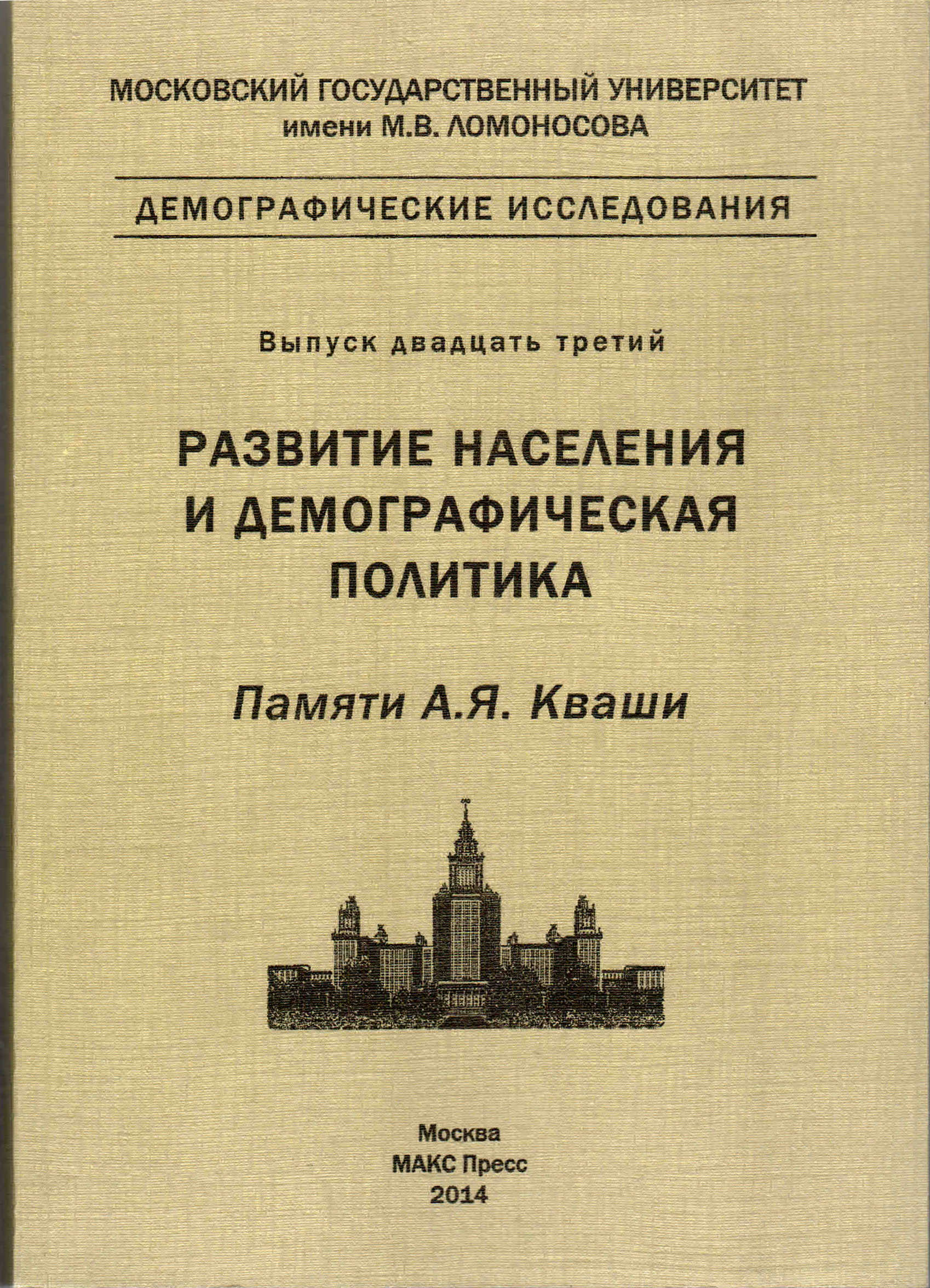 Adverse demographic trends, adding up to what deserves to be called a demographic crisis, have been apparent in Russia for some time. Th is crisis is bound to have negative impact on qualitative and quantitative features of the country’s human capital, and on potential for development of that capital. Russia has been aff ected by natural decrease of population since 1992: shrinkage has totaled 12.3 million persons over 16 years. Th is phenomenon has been partly compensated by immigration (5.7 million persons), but by the beginning of 2008 the Russian population had declined to 142 million from 148.6 million at the beginning of 1993, a reduction of 6.6 million persons.

In 2006 in his Message to the Russian Federal Assembly, President Vladimir Putin called demography “the most acute problem of modern Russia”. His speech focused attention of the government and society on problems of demography and led to some practical measures for amelioration of the demographic situation. Vladimir Putin and the current President Dmitry Medvedev have emphasized that Russia has so far only taken the first steps and that eff orts to overcome the demographic crisis need to be developed further. Many diffi cult tasks remain to be solved along the way, and the start of a new phase of demographic development, with many highly unfavorable aspects, makes their solution even more complicated. Th ere is no reason to expect that the demographic crisis in Russia, which is the outcome of negative inertia accumulated over decades, will be quickly overcome. Many demographic illnesses have no tried and tested cures. Some of these illnesses are common to other urbanized, industrial and post-industrial countries, have roots in modern ways of life, and are highly intractable for governments, even for a government that pursues a vigorous demographic policy. The capacities and limitations of such policy need to be given a sober and realistic assessment. We cannot change everything, which we do not like. So policy needs to include not only eff orts at changing adverse trends, but also measures for adapting to trends, which cannot be changed.

BACKGROUND The long-term historical decline in infant mortality has been accompanied by increasing concentration of infant deaths at the earliest stages of infancy. In the mid-1960s Coale and Demeny developed formulas describing the dependency of the average age of death in infancy on the level of infant mortality, based on data obtained up to that time. OBJECTIVE In the more developed countries a steady rise in average age of infant death began in the mid-1960s. This paper documents this phenomenon and offers alternative formulas for calculation of the average age of death, taking into account the new mortality trends. METHODS Standard statistical methodologies and a specially developed method are applied to the linked individual birth and infant death datasets available from the US National Center for Health Statistics and the initial (raw) numbers of deaths from the Human Mortality Database. RESULTS It is demonstrated that the trend of decline in the average age of infant death becomes interrupted when the infant mortality rate attains a level around 10 per 1000, and modifications of the Coale-Demeny formulas for practical application to contemporary low levels of mortality are offered.

The book «Population development and population policy» (series «Population studies») is dedicated to the famous Russian demographer, Dr. Sc. (Economics), MSU emeritus professor A.Y. Kvasha. The authors are colleagues and students of A.Y. Kvasha. The first part includes biography of A.Y. Kvasha, list of his main scientific papers and PhD theses carried out under his supervision. The second part is devoted to reminiscences of his disciples and colleagues. The third part contains articles – their themes are associated with A.Y. Kvasha: demographic analysis and projections, population policy, economic, social and military demography. For researchers, post-doctoral fellows, students and anyone interested in population problems

The government Concept fails to take adequate account of fundamental structural changes in family relationships, the microconomy of households and fertility in the medium and long terms. But growing complexity of types and forms of unions, and of the structural characteristics of families and households where children are born, is an undeniable fact that must be studied and considered when social and demographic policy decisions are made. There is every reason to predict further increase in the contribution of informal unions and second unions to fertility. These structural changes have had limited impact on the overall Russian total fertility rate to date, but they may be decisive in the future. The successes of recent years must be reinforced by consistent development and improvement of the government’s family policy taking account of economic, social and demographic realities, which have grown more complex and diverse. The only policy, which stands a chance of success, is one, which broadens freedom of choice for individuals of both genders and families, and enhances their ability to give birth and bring up children in the context of today’s economic, social and demographic diversity.

Влияние выбора целей и инструментов политики денежных властей на уязвимость экономик
Трунин П. В., Дробышевский С. М., Евдокимова Т. В. М.: Издательский дом «Дело» РАНХиГС, 2012.
Правовые институты в России 2000-2007 годах: взгляд со стороны бизнеса
Яковлев А. А. Общественные науки и современность. 2008. № 4. С. 21-37.
На океанских волнах. Россия в мировом кризисе
Уринсон Я. М. Вестник Европы. 2014. № 38-39.
Институт минимальной заработной платы в странах ОЭСР
Вишневская Н. Т. Проблемы рынка труда. WP3. Высшая школа экономики, 2005. № 03.
The paper examines the institute of minimum wage in developed and transition economies and in a number of the developing countries. First of all the institutional mechanism of minimum wage fixing is considered. One of the sections explores the dynamics of absolute and relative levels of minimum wage. The special attention is paid to the impact of the institute of minimum wage on the labour market. The author considers the mechanism of transmission of the minimum wage increases on the employment and unemployment dynamics. The paper also contains the result of the empirical research. The experience of many countries witnesses that large increases in minimum wage levels lead to the stagnation of the employ-ment, especially of the disadvantaged groups. The negative effect is larger for the companies with higher share of labour costs and more active use of unqualified labour, that is small businesses and agricultural enterprises. One of the main conclusions is that the minimum wage is not an effective tool of the poverty reduction as the majority of the recipients live in households of average and upper average income.