During industrialization self-employment steadily declined and was commonly viewed as obsolete form of economic organization withering away under the pressure of capitalist accumulation and mass production. The last four decades revealed the “partial renaissance of self-employment”. More important is however the changing nature and forms of self-employment in the post-industrial information society. Economic activity is moving to the service sector and knowledge-intensive industries. The overall rhetoric about self-employment has also substantially changed. Some commentators envision the devolution of large corporations, decay of wage-labor and the rise of independent contracting. They criticize organizational bureaucracy, glorify the “free agents” (D. Pink) and new types of “portfolio” (C. Handy) or “boundaryless careers” (M. Arthur). Ideological shift to neoliberalism promotes individualism, enterprising self and marketization of talent.

In 1998 Thomas W. Malone and Robert Laubacher portrayed the possibilities of “e-lance economy” provided by the Internet. They argued: “The fundamental unit of such an economy is not the corporation but the individual. Tasks aren’t assigned and controlled through a stable chain of management but rather are carried out autonomously by independent contractors. These electronically connected freelancers—e-lancers—join together into fluid and temporary networks to produce and sell goods and services. When the job is done—after a day, a month, a year—the network dissolves, and its members become independent agents again, circulating through the economy, seeking the next assignment” (Malone, Laubacher, 1998, p.3). The authors reflected on the infrastructure that would facilitate the new business model.

Today there are plenty of dedicated websites (online marketplaces) where freelancers offer their services and customers post projects (jobs) for which independent professionals can bid. Not only individuals and small enterprises but also large corporations use these websites to outsource required skills. The number of global talent market participants has run into six figures. For instance, Freelancer.com reports having about 3 million registered users from 234 countries.

Electronic self-employment is a very new phenomenon in Russia for both historical reasons and ICT lag.

In the Soviet Union independent contracting (as well as entrepreneurship in general) was illegal. All people were supposed to work for state-owned enterprises and not on their own account. There were just tiny niches for moonlighting self-employment which was completely informal. That is why Russia has no strong freelance tradition. The self-employment rate is extremely low – only about 5-6% of the labor force (in the well-established capitalist economies as well as in developing countries this figure is at least twice as much).

There is also some lag in the development of information and communication technologies. The Internet penetration rate in Russia is half as much as in advanced information societies – about 40%.

The leading Russian online marketplace is Free-lance.ru. It was founded in the mid of 2005 and has been showing an enormous growth for the last years. Now it has about one million registered users and dominates the Russian freelance market.

In 2007 we started a long-term research agenda with an open end date. It is devoted to phenomena of electronic self-employment in the information society. Our research subjects are self-employed professionals who work remotely (via Internet). It is important to mention that they provide professional services not produce material goods or sell them. They do the most of the work by themselves and do not hire wage labor. They also have a very strong identity and call themselves freelancers.

We have collected extensive empirical data:

It could be suggested that our Freelance Surveys is the largest in the world in terms of response numbers. The questionnaire consists of about 50 questions. It involves a wide range of work and life topics.

The data from Russian Freelance Survey allow for the first time to describe the new category of workers. Some of the main findings are:

We believe that in Russia electronic freelancers represent the vanguard of the workforce in terms of intellectual nature of work, high ICT-competence and entrepreneurial motivation. Freelancers may play an important role in the development of the Internet, e-business, innovative entrepreneurship and therefore modernization of the Russian economy. 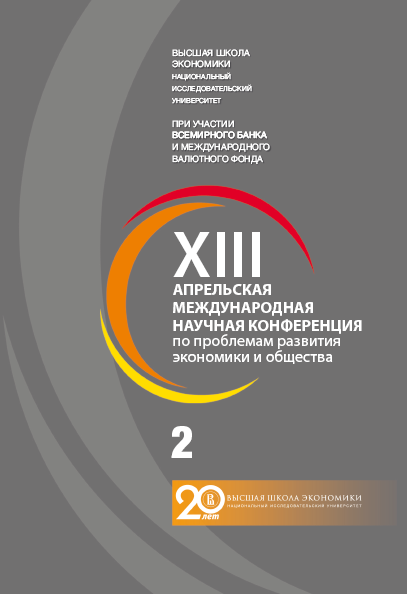 This study contributes to the literature on heterogeneous self-employment by investigating the diversity of work motivation. Using two samples obtained from freelancers, who participate in online freelance marketplaces, we analyze the relationship between individual work values and self-employment situations. Principal component analysis (PCA) revealed four value dimensions: (1) intrinsic, (2) social, (3) comfort, and (4) security. Using multinomial logistic regression, we found that people who work exclusively as freelancers, moonlighters who also hold regular jobs, and entrepreneurs who also run small businesses have distinct sets of work values. Genuine freelancers ignore security and social values, but seek intrinsic rewards and comfort to balance work and life. Entrepreneurs show the least preference for security, do not appreciate comfort, but seek intrinsic and social job rewards. Moonlighters show the highest preference for security, value social rewards, but ignore intrinsic rewards and comfort. Although the study deals with the self-employed, it also sheds light on the general association between work values and jobs.

The purpose of this research is the analysis of the most crucial internal parameters influencing financial decisions connected with personal perception of entrepreneurial activities and objective characteristics of the project. Given received assessments, entrepreneurs with higher education and permanent job in majority of cases apply for informal loans to finance business with low value added and minimal start-up costs. Thus entrepreneurship takes the form of self-employment and not an activity that generates new products and technologies.

A specific form of informal employment is presented by electronic freelancers, e.g. self-employed professionals working remotely via the Internet. Andrey Shevchuk and Denis Strebkov launched Russian Freelance Survey (RFS) that brought more than 10,000 usable responses in each of two waves in 2008 and 2010, making RFS one of the largest freelance surveys in the world. Using these unique data sets, the authors describe the main groups involved in the Russian-speaking e-lance market and demonstrate how they cope with the high level of informality of institutional arrangements and opportunistic behaviour of market actors.