Russia (Russian Federation) has the largest territory in the world and extends over 11 time zones. As a federal state, Russia has 85 regions. Over 146 million people (FSSS 2016) are unevenly distributed throughout the country. About 77% of the population lives in the more urbanized European part of the country, whereas the Asian part of the country occupies more than 76% of the total area. The youth population is declining. Although there are around 180 different ethnic groups in Russia, most of the populations (78%) are ethnic Russians (Statdata 2017).

The Constitution of the Russian Federation guarantees the right to free higher education on a competitive basis for those obtaining it for the first time. General and vocational education is free and available to all.

The social and economic landscape has been rapidly changing in Russia during the last quarter of a century. After the collapse of the USSR in 1991, Russia experienced many changes, including: • The movement to an electoral democracy and a market economy • The rejection of a planned human resources policy relating to the main economic sectors • The decline or elimination of a number of key industries (OECD 2007) 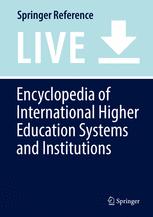 Student employment and school-to-work transition: the Russian case
Dudyrev F., Romanova O., Travkin P. Education and Training. 2020. Vol. 62. No. 4. P. 441-457.
University-to-School Environmental Projects for Sustainable Development: A Case of Ural Federal University
Sandler D., Volkova M., Kochetkov D.M. In bk.: IOP Conference Series: Earth and Environmental Science, Volume 177, Issue 1, 10 August 2018, 2018 3rd International Conference on Sustainable, ICSC 2018; Moscow; Russian Federation; 18 May 2018. Institute of Physics Publishing, 2018. P. 012034-1-012034-8.
SOCIAL TIES OF UNIVERSITY STUDENTS: EVIDENCE FROM A LONGITUDINAL SURVEY IN RUSSIA
Leonova L., Krekhovets E. Education. EDU. Высшая школа экономики, 2016. No. 33.
Student friendship networks can be considered as social capital, which is known to be a very useful resource during university and after it. Several empirical studies have examined static models of student behaviour in social networks. In this study we analyse the dynamic changes of student social connections. We use original longitude data of student social ties from one Russian university. Data was collected within the framework of a research project of the International Research Laboratory for Institutional Analysis of Economic Reforms. To investigate factors influencing the evolution of social ties during university probit regressions were tested. We found that students with similar characteristics such as gender and academic achievement are more likely to become friends and continue to be friends. Both studying in the same group and living in a dormitory increase the likelihood of being friends. We also found a transitivity effect. We observe a positive effect of having common friend on friendship ties. We also notice a positive link between reciprocity and friendship stability.
Higher Education in Federal Countries: A Comparative Study
L.: Sage, 2018.

Higher Education in Federal Countries: A Comparative Study is a unique study of higher education in nine federal countries—the United States, Canada, Australia, Germany, Mexico, Brazil, Russia, China and India. In this book, leading international scholars discuss the role of federalism and how it shapes higher education in major nation-state actors on the world stage. The editors develop an overarching comparative analysis of the dynamics of central and regional power in higher education, and the national case studies explain how each federal and federal-like higher education system has evolved and how it functions in what are highly varied contexts.

The book makes a major contribution to higher education studies and defines a new field of comparative analysis. It also provides important insights into comparative governance and the study of federalism and federal arrangements, with their particular historical, political, legal and economic dimensions.