This book seeks to provide a panorama of the issues arising from pluralism in the education system and of judicial responses to them around the globe. In it, thirty-four authors representing many different legal cultures have selected and commented the most significant judicial decisions in each of the jurisdictions analysed. The topics addressed include religious and cultural symbols; faith-based, religious, and citizenship education; freedom of teaching and scientific freedom; homeschooling; authorization, funding and other matters concerning denominational and private schools, among other legal disputes. The reader will easily sense many different ideological orientations throughout the book’s thirty-seven chapters, which is only the result of pluralism itself and of scientific freedom. Nevertheless, the editors believe that all of the authors have inherently favoured the desire to understand the challenges of pluralism and to convey knowledge that is relevant for a public debate rather than defending their own particular point of view. Indeed, facilitating debate might be considered to be the best achievement of a publication of this kind. The book is divided into six parts. The introductory part features a chapter by the editors concerning the implementation and justiciability of the right to education, and a second chapter by Prof. Charles L. Glenn providing an in-depth historical essay on the importance of debates over religion and education. The five remaining parts reflect a geographical division: Part II includes two chapters on international human rights bodies (the European Court of Human Rights and the United Nations Human Rights Committee); parts III to VI group national courts’ decisions by region: Europe, the Americas, Africa, and lastly Asia and Australia. 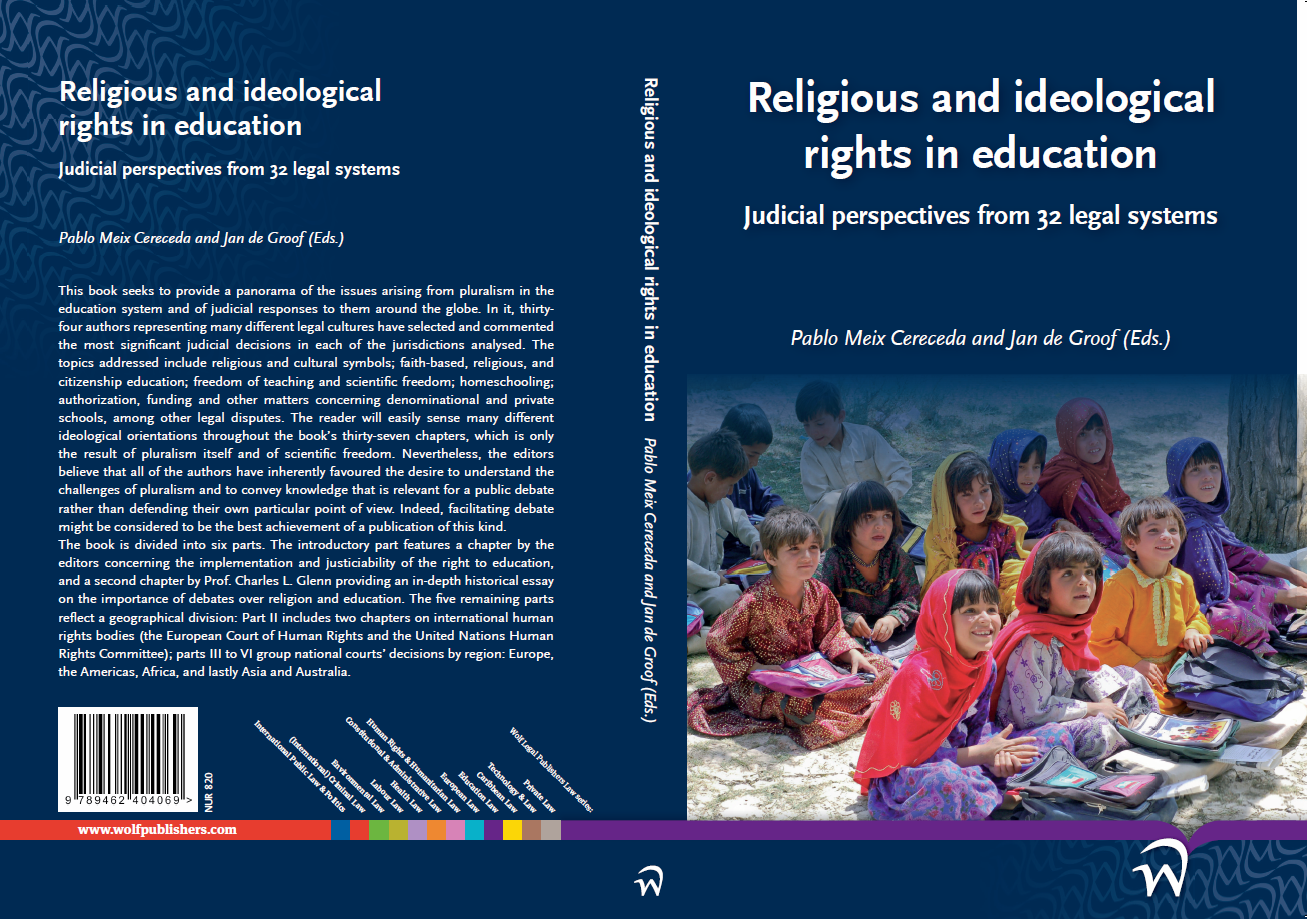