Practices of the Self and Spiritual Practices. Michel Foucault and the Eastern Christian Discourse

In this book Sergey Horujy undertakes a novel comparative analysis of Foucault's theory of practices of the self and the Tastern Orthodox ascetical tradition of Hesychasm, revealing great affinity between these two radical "subject-less" approaches to anthropology. As he facilitates the dialogue between two, he offers both an original treatmen of ascetical and mistical practices and an up-to-date interpretation of Foucault that goes against the grain of mainstream scholarship. In the second half of the book Horujy transitions from the dialogue with Foucault to his own work of Christian philosophical and theological tradition. Horujy's thinring exemplifies the postsecular nature of our contemporary period and serves as a powerful invitation to think beyond religious- secular divides in philosophy and Eastern-Western divides in intellectual history. 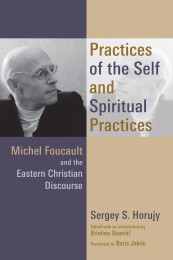