The Empire and Nationalism at War

This volume brings together a group of prominent scholars from Russia, Europe, and the United States to examine how the cataclysmic clash of the Russian Empire with its three imperial neighbors and its aftermath changed the empire and spurred the rapid radicalization of nationalism. Many of the essays take a conceptual approach, looking for new ways to think about the problems of empire and nationalism on the macro scale, while placing the issues in broader theoretical and comparative contexts. Others delve more deeply into case studies that illustrate how complex these issues are when one delves into the specifics. The result is a stimulating set of essays that provide fresh perspectives on the relationships between total war, empire, and nationalism. 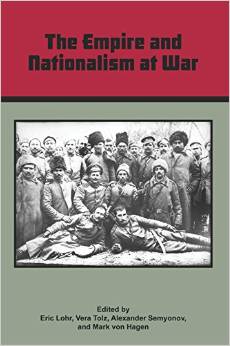