Gross Domestic Product of the Russian Federation in Comparison with the United States, 1960—2004 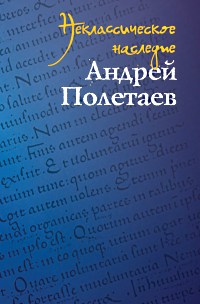 Неклассическое наследие. Андрей Полетаев
Edited by: И. М. Савельева М.: Издательский дом НИУ ВШЭ, 2011.
Similar publications
The Socio-Economic Differentiation of Population: a Comparative Analysis of Russia and Europe
Yastrebov G. Научные доклады Лаборатории сравнительного анализа развития постсоциалистических обществ. WP17. Высшая школа экономики, 2010. No. 02.
In this preliminary paper I am trying to distinguish and explain some differences in character of social and economic inequality between West and East-European societies with a special focus on Russia. More exactly, analyzing the well-known data set of the European Social Survey 2006/2007 I show that there is a far stronger degree of matching between individual occupation, education and income in better developed European countries than is observed among the post-socialist states. To emphasize this finding I also look at the differences in patterns of intergenerational mobility, according to which the post-socialist societies are far less mobile and ‘meritocratic’ than their Western counterparts. The main theoretical argument behind this, I suggest, is the incompatibility of modern ‘capitalistic’ institutions, such as private property and market, with historical and cultural contexts of development in post-socialist countries. To test this argument I develop the corresponding scale and superpose it with my empirical findings. From this point of view Russia is regarded as one of the least successful cases of transformation, since the initial conditions of its social change were less consistent with the logic of Western modernization, which stood behind the radical reforms of the 1990s, than in any other post-socialist European country.
Comparative analysis of corruption perception and trust in Russia, other post-soviet countries and European Union
Rassadovskaya, Anastasia, Aistov, Andrey. In bk.: Russian Summer School on Institutional Analysis – Research Projects 2013. M.: Higher School of Economics Publishing House, 2013. P. 117-119.

Правовое регулирование минимальной оплаты труда
Орловский Ю. П., Кузнецов Д. Л., Черняева Д. В. Проблемы рынка труда. WP3. Высшая школа экономики, 2013. № WP3/2013/09.
This research is aimed at analyzing the prospects of the Russian minimum wage legislation reform from an international legislative perspective. Authors study historical aspects of conceptual development in the field worldwide, examine the “minimum wage” concept definitions suggested in international treaties and legislative sources of various countries from a comparative viewpoint, suggest a methodology of the minimum wage setting procedures and systemize relevant mechanisms of enforcement. A policy of abstention from the minimum wage setting on the national level has also been studied and the compensatory instruments have been singled out and described. On the basis of the results of this research major trends in the minimum wage regulations in contemporary world have been outlined. A study of the pressing problems of the minimum wage legal regulation in the Russian Federation and of the suggestions for its further development are given in a separate section of this paper.
Государственная собственность в российской экономике. Часть 2. Проблемы управления и влияние на эффективность
Шпренгер К. Журнал Новой экономической ассоциации. 2010. № 8. С. 80-99.