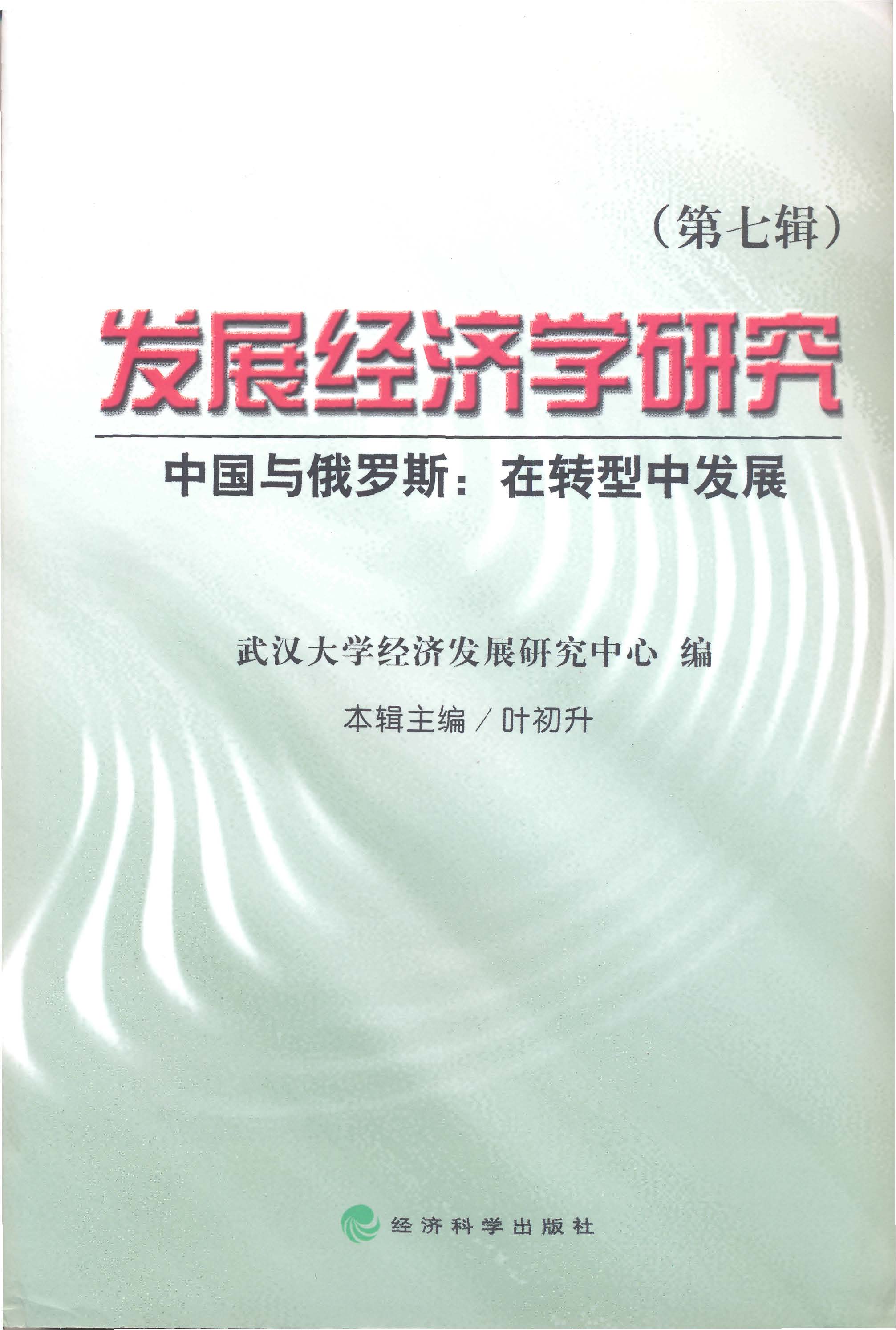 Researchers of the Russian economy have unanimously identified the most important features of stock ownership and control (NССG 2008: 12-16). First, the concentration of capital in the corporate sector resulting from its aggressive redistribution for more than 15 years tends to be high. Secondly, the high concentration of ownership affected the development of corporate control and evolution of the mechanisms of corporate governance. This high concentration provides the basis for control by the majority shareholder or a consolidated group of such shareholders exercised by various formal and informal means. Majority shareholders are constrained only by the need to comply with the formal legal provisions and often imitate the activities of intra-corporate tools.

Intangible-Intensive Strategies of Russian Companies
Paklina S., Molodchik M., Fernandez-Jardon Fernandez C. M. Management. MAN. Высшая школа экономики, 2017. No. 57.
This paper explores strategic behavior of Russian companies with regard to intangible resources and its link to different types of performance. Additionally, the study addresses the question, whether companies in intangible-intensive profiles have specific characteristics in terms of industry, size, company age and type of ownership. Following intellectual capital view, the study provides a cluster analysis considering four attributes: human resources, innovative capabilities, information and communications technology (ICT) capabilities and relational capital. Analysis of more than 1,000 Russian public companies over the period 2004-2014 reveals three profiles of strategic behavior considering the employment of intellectual resources. The majority of Russian public companies (60%) follow the non-intensive intangible strategy. Only 13% of companies constitute the intangible-intensive profile having endowment of all intellectual resources higher than the sample average. The rest 27% of companies also persuade the intangible-intensive strategy with the focus on innovative capabilities.
Социология и общество: традиции и инновации в социальном развитии регионов: Сборник докладов VI Всероссийского социологического конгресса (Тюмень, 14-16 октября 2020 г.)
Кабалина В.И., Зеленова О.И., Решетникова К.В. М.: ФНИСЦ РАН, 2020.
Формирование структуры капитала российскими компаниями: традиционные и поведенческие теории
Новикова О. В. В кн.: Экономика и финансы: сборник работ X студенческой научно-практической конференции факультета экономики. Пермь: Пермский филиал НИУ ВШЭ, 2012. С. 140-150.
Endowment of Intangible Resources and Phases of Internationalization in Emerging Economies. The Case of Russia
Jardon C., Molodchik M. International Relations. WP BRP . НИУ ВШЭ, 2015. No. WP BRP 22/IR/2015 .
The paper explores the relationship between different types of intangible resources and phases of the internationalization in the context of emerging economies. The Uppsala model is applied to build internationalization index considering export, import and investment activities. The database of more than 2000 Russian companies is used to test the hypotheses put forward. The findings reveal that relational capital has significant positive impact on each stage of internationalization; organizational capital improves internationalization except the last stage of being multinational. Contrary to our expectations human capital has no direct impact on internationalization; notwithstanding it has positive effect on relational and structural capital
Чего мы не знаем о структуре собственности крупнейших компаний США?
Кокорева М. С., Степанова А. Н., Карноухова Е. В. Экономическая политика. 2016. Т. 11. № 6. С. 36-59.
The recent restructuring of the economy has led to the fact that the leaders of information technology sector — Apple, Google, Facebook, Microsoft, Amazon — became the largest companies in the world, replacing the banking and oil and gas sectors. The emergence of a large number of technology start-ups resulted in the increase of the entrepreneurial ownership. Business founders tend to issue dual class stocks to retain control over key corporate decisions. The capital structure and the Board of Directors structure alter along with changes in the ownership structure. In many large companies, more than 90% of directors have become independent. At the same time, the diversification of the board of directors is improving by the active involvement of women in decisionmaking processes. Zero debt popularity reflect the changes in the attitude to risk. The article examines the main trends in the ownership structure of the largest US companies. The research consolidates the results of theoretical and empirical research in the field of corporate governance, capital structure and ownership structure in the developed markets. We provide the analysis of the dispersed ownership as the element of Anglo- Saxon corporate governance model based on historical trends in the ownership structure of companies in the US. The appearance of new sectors, the rapid development of entrepreneurial ownership, the return of the popularity of dual class shares, the fashion for gender diversification in the board of directors and the phenomenon of zero debt level are illustrated by case studies of actual corporations and analytical reports. We discuss all of the identified trends in terms of risk. In order to hedge the higher business risks of new sectors the top management and investors reduce debt, invite women to the board of directors and increase the degree of independence of the board of directors.
Эволюция моделей корпоративного контроля в российских компаниях: тенденции и факторы
Dolgopyatova T. G. Институциональные проблемы российской экономики. WP1. НИУ ВШЭ, 2005. No. 04.
This paper analyses the specifics of national corporate governance in the Russian economy and the emergence of micro%models of corporate control in Russian companies. Special attention is paid to key issues of separation (non%separation) of corporate ownership and executive management. The prevailing type of corporate control is the control by the dominating owner who takes a direct part in management or controls hired managers. The paper shows that integration processes promote gradual separation of ownership and operational management, and emergence of demand for legitimate institutions used to exercise shareholders’ corporate control over the executive management. The paper is based on results of surveys and in%depth interviews with top%managers and owners of Russian companies implemented in 1999—2005.
The affects of ownership concentration on Investment and performance in privatized firms in Russia
Kapeliushnikov R., Filatochev I., Demina N. et al. Managerial and Decision Economics. 2001. No. v. 22 No6. P. 299-313.

This paper provides new survey evidence on effects of concentrated ownership on restructuring and performance in privatized firms in Russia. The major findings are that large-block shareholding is negatively associated with the firm's investment and performance, and this relationship does not depend on the identity of controlling shareholders. These results are consistent with the assumption that when minority shareholders' rights are not adequately protected, the entrenched controlling shareholders may be engaged in extracting ‘control premium’ before pro rata distribution of dividends. The issues raised have relevance to other transitional economies where the privatization process has been followed by an increase in ownership concentration.