by year
Subject
News
Economics, Society and Labour: What HSE University Research Revealed about Each in 2019
Why does greater trust in society increase GDP? How can you measure inequality? Before whom is the government to blame? Who earns more? Learn the answers to these questions in this summary of last year's IQ.HSE articles and research by HSE University scholars.
How Brain Processes Rewards
Researchers from HSE University, Skoltech and the University of Toronto analyzed data from 190 fMRI studies and found out that food, sex and money implicate similar brain regions whereas different types of reward favor the left and right hemispheres differently. The paper is to be published in Brain Imaging and Behavior.
Three to Ten: Why Families Choose to Have More Children, More Often
More than 500 large families in three Russian federal districts were surveyed to explore reasons why couples choose to have many children. Five main patterns were identified, driven by values (partner trust and religious beliefs), socioeconomic circumstances (income and education), and availability of support from extended family and friends.
Publications 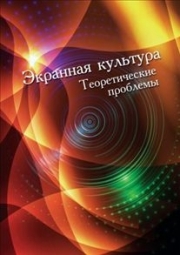 «Hieroglyphs of protest»: Internet Memes and Protest Movement in Russia
Shomova S. Political Science. PS. Высшая школа экономики, 2019. No. 68.
Political Internet meme is an underresearched contemporary phenomenon situated at the interface of digital media and political communication. Regarded as a unit of online transmission of cultural information, such a meme can be considered, on the on hand, as a manifestation of post-folklore, and on the other hand, as a mechanism of political participation and construction of social media users’ collective identity. The article presents the results of investigation into Internet memes generated by protest discourse in Runet (Russian Internet). Examination of a vast amount of Internet content allows drawing conclusions as to the thematic emphases of protest actions represented in Runet’s memosphere and to the specifics of the image of Russian protest as reflected in memes.
Китайский исторический нарратив в эпоху глобальных медиа
Владимирова А. В. Артикульт. 2013. Т. 11. № 3. С. 98-106.