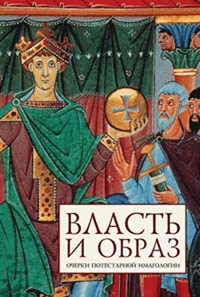 Idle and usefull curiosity from Peter Damiani to Dante
Voskoboynikov O. Humanities. HUM. Basic Research Programme, 2013. No. 30/HUM/2013.
The twelfth century is a period of intense search in all fields of culture and religion, a period of great curiosity. But the curiosity, an ambiguous term and psychological attitude, was for centuries, since Augustin, banished as a dangerous sin. This ascetic perception of goals and methods of human knowledge, not a mere agnosticism, came to compete with a new mundana sapientia, an appeal to philosophical inquiry, to reception of scientific texts from Arabs and Ancients, represented by some «innovators» (Abaelard, Hermann of Carinthia, Thierry of Chartres etc.). In this article, ideas promoted by them are sequentially compared to the voices of some «retrogrades», like Peter Damiani or Bernard of Clairvaux. This comparison leads us to a better understanding of the age of «sic et non», an epoch of constant dialogue and dispute.
IN HOC PRECIOSO MONOMENTO RECONDITVS EST. Die Bestattung Kaiser Friedrichs III. im Wiener Stephansdom
Edited by: F. Kirchweger, K. Schmitz-von Ledebur, H. Winter et al. Wien: Verlag Holzhausen GmbH, 2019.

Experts on the art and cultural history of Europe in the Middle Ages and the early modern era rarely get the chance to imagine what Howard Carter must have felt when he first discovered the treasures stashed in Tutankhamun’s tomb. A few experts from the Kunsthistorisches Museum Vienna, however, came close to experiencing something similar when they first saw the photographs commissioned in 2013 by the Dombauhütte zu St. Stephan, while discussing a collaboration to study and publish the extraordinary artefacts documented in these images. Of the fourteen burial sites of late-mediaeval kings and emperors of the Holy Roman Empire only that of Emperor Frederick III (1415-1493) was neither looted nor disturbed or altered, while its contents were documented in a way that allows us to make concrete assertions about it. In the twentieth century this gave rise to rumours that the monumental tomb in St Stephen’s Cathedral was empty, and that the emperor was not actually buried there. To counter these speculations, a tiny opening was drilled into the walls of the sarcophagus in 1969 to view and document, with the help of lamps and mirrors, the interred body and a small part of the funerary goods placed in the tomb. It was, however, not possible to take photographs. They were first produced in 2013 when the small aperture was re-opened. These images form the centre of both our research project and the final publication, which comprises essays by internationally-renowned experts exploring the tomb’s historical context and discussing what we know so far about its content. Even typical elements of a royal burial such as the ruler’s funerary insignia – crown, sceptre and orb – and the textiles covering the corpse bear witness to the extraordinary effort expended when the emperor was laid to rest. Unique are the large gilt metal plates inscribed with texts celebrating the achievements of both Frederick and his son Maximilian, who completed his father’s tomb after the former’s death and had him buried there in 1513, two decades after he had died. Unique too for the period is the use of a coffin lined with glazed ceramic tiles; they, and the coinlike coinage dating from the emperor’s reburial