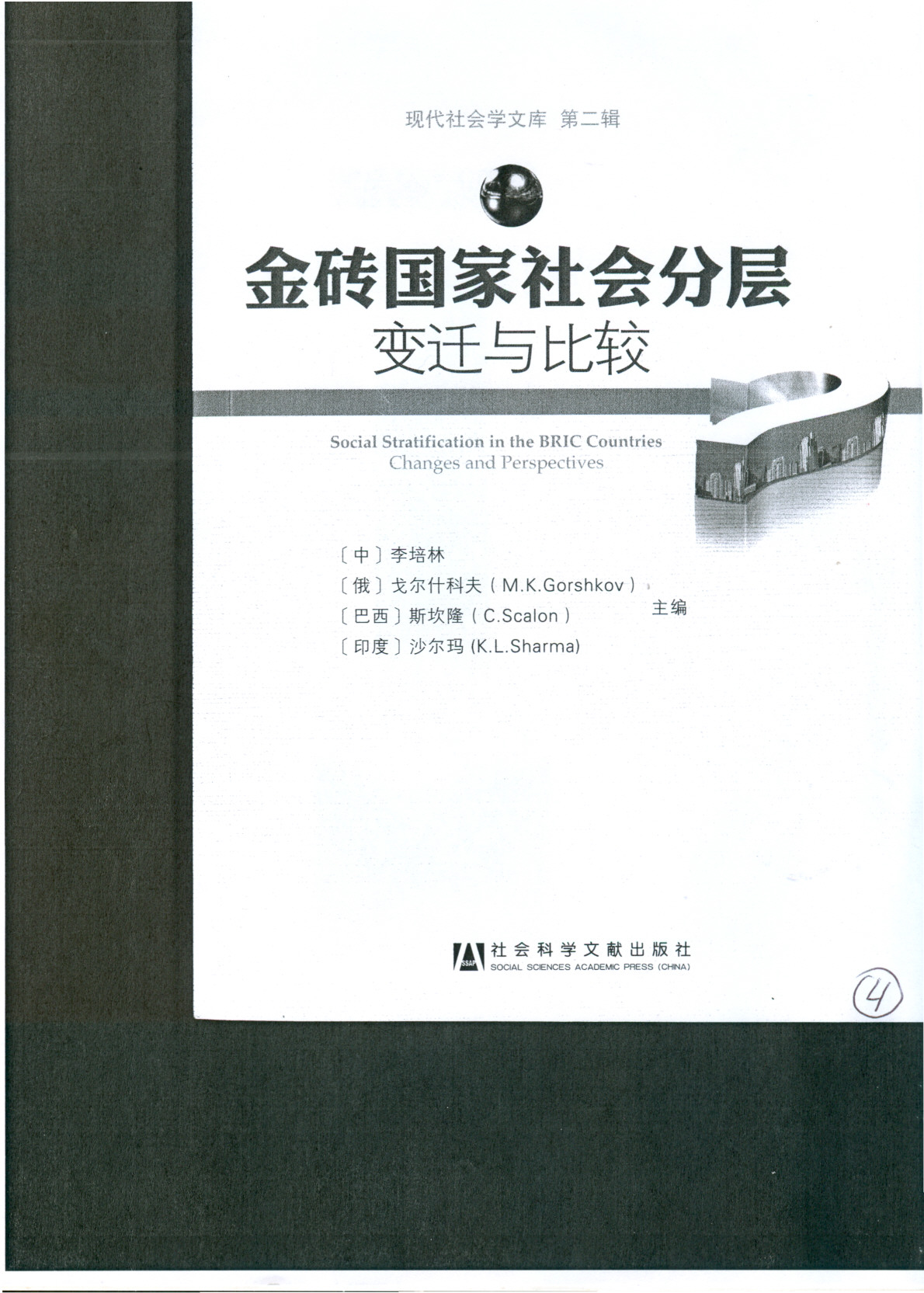 Social Stratification in the BRIC Countries: Changes and Perspectives
Beijing: Social Sciences Academic Press, 2011.
Similar publications
Differential Effects of Parental Separation on Child Outcomes. Are Children from Higher Social Backgrounds Affected More?
Bernardi F., Boertin D., Popova D. EUI Working Paper MWP. 2014/06. European University Institute, 2014
The consequences of high divorce rates for intergenerational mobility depend on two factors. The first has been widely studied and regards the differing incidence of divorce according to socio-economic background. The second has been studied less and is the heterogeneity in the effects of divorce according to parental background. This paper investigates whether signs from earlier research that children from higher social backgrounds suffer more from divorce can indeed be interpreted as such. We follow a cohort of British children born in 1970 (N = 11,073) and look at how educational and occupational outcomes differ depending on family structure, socio-economic background, and the interaction between them. We improve on earlier studies by including a rich set of pre-divorce characteristics and are able to show that heterogeneity in the effects of divorce indeed exists and is not likely to be due to selection effects. Children whose parents are more highly educated have a larger ‘divorce penalty’ when it comes to educational and occupational attainment. A large part of the heterogeneity can be explained by the parents’ income at age 16, parental monitoring, the child’s participation in extra-curricular activities and his or her views regarding the benefits of education at age 16. The results suggest that, in contrast to the emphasis put in much recent research, divorce seems to have been a factor contributing to increased intergenerational mobility in the period under study.
Размышление экономиста по мотивам "Глэм-капитализма"
Чиркова Е. В. Вестник Российского государственного гуманитарного университета. Серия: Вопросы образования. Языки и специальность. 2010. № 6. С. 241-248.

This article presents reflections on the book Glam-capitalism by Dmitry Ivanov where the author develops the concept of the modern society as a society of glam-capitalism in which glamour specifies the universal and fundamental logic of the action. The author of the article discusses such propositions as whether glamour tendencies are universal in modern society, whether glam capitalism is a new version of a capitalist society, whether glamour is a new phenomenon and whether it can explain some economic processes like social stratification as Ivanov tends to believe. The perception of the economist differs from that of the sociologist.

The article is devoted to studying styles of consumption in the field of leisure, focusing on sporting clays which became popular among the Russian elite in the second half of 1990s. The study demonstrates that today people with medium and low income are also engaged in sporting clays. The question arises as to whether sporting clays stimulates social differentiation or social integration. The empirical data collected from participants of a sporting clays club describe the institutionalization process of sporting clays in modern Russia, show social and economic qualities of shooters, and present a typology of people engaged in this kind of shooting.

The monograph is devoted to analysis of social stratification in Russian society. Models of its social structures constructed within the modern approaches to stratification (neo-Weberian, neo-Marxist, resource-based, ect.) are characterized and compared, and the approaches themselves are summarized as well. Empirical base for the analysis is the data of nationwide sociological researches carried out by IS RAS in 1994-2013

Неформальная занятость и субъективный социальный статус: пример России
Зудина А. А. Проблемы рынка труда. WP3. Высшая школа экономики, 2013. № WP3/2013/01.
Numerous studies of informal employment were focused on its possible impact on the income of informal workers. However consequences of informal employment for socioeconomic position of workers and  social inequality in general couldn’t be reduced to the monetary changes. This article presents the results of  the empirical study of the subjective social status of informal workers in Russia in 2000–2010. The study  was carried out on the basis of a large nationally representative panel: the Russia Longitudinal Monitoring  Survey of the Higher School of Economics (RLMS – HSE) for 2000–2010. Dynamics in average subjective  social status of different categories of informal employment is investigated and compared to the formal employment, unemployment and economically inactive state. Special attention is paid to the analysis of informal employment as a factor of subjective social status estimates using different econometric techniques.
Социальное расслоение и его воспроизводство в современной России
Шкаратан О. И., Крельберг Ю. М., Сергеев Н. и др. Математические методы анализа решений в экономике, бизнесе и политике. WP7. Высшая школа экономики, 2003. № 06.
The paper contains the results of research; on the basis of this research clusteranalysis methodology was elaborated and implemented to single out real social strata using theoretically grounded indicators of power, property and cultural capital. Another methodology that was worked out consisted in ranking social status attributes by means of entropy analysis of the factors of the individual's social status reproduction on the basis of the materials of representative surveys of 1994 and 2002. The authors present a conceptual scheme of individual social status reproduction of the representatives of real social strata, and a system of empirical indicators for revealing the effect of institutional factors of this reproduction. They also built a sys tem of empirical models of individual social status reproduction in the context of historical generations, which explain the influence of institutional factors and social networks on this reproduction. The main conclusion is the following: a peculiar type of social stratification has been formed in the country  the interlacing of class hierarchy and elements of class differentiation, which has been steadily reproduced over the recent years.
Social Stratification: Trends and Processes
Фарнем: Ashgate, 2012.

Research into social stratification and social divisions has always been a central component of sociological study. This volume brings together a range of thematically organised case-studies comprising empirical and methodological analyses addressing the challenges of studying trends and processes in social stratification. This collection has four themes. The first concerns the measurement of social stratification, since the problem of relating concepts, measurements and operationalizations continues to cause difficulties for sociological analysis. This book clarifies the appropriate deployment of existing measurement options, and presents new empirical strategies of measurement and interpretation. The conception of the life course and individual social biography is very popular in modern sociology. The second theme of this volume exploits the contemporary expansion of micro-level longitudinal data and the analytical approaches available to researchers to exploit such records. It comprises chapters which exemplify innovative empirical analysis of life-course processes in a longitudinal context, thus offering an advance on previous sociological accounts concerned with longitudinal trends and processes. The third theme of the book concerns the interrelationship between contemporary demographic, institutional and socioeconomic transformations and structures of social inequality. Although the role of wider social changes is rarely neglected in sociological reviews, such changes continue to raise analytical challenges for any assessment of empirical differences and trends. The fourth theme of the book discusses selected features of policy and political responses to social stratification. This volume will be of interest to students, academics and policy experts working in the field of social stratification.