The economic crisis has uncovered three negative Russian tendencies that created institutional obstacles for market economy growth during the last decade: deepening of raw materials specialization, wear and tear of the equipment, gap in scientific and technical progress, and strengthening of the government. To stop these negative tendencies and overcome economic crisis it is necessary to reform developed institutes.

The major problem of the Russian economy is its low performance level. Overcoming development gap in comparison with developed countries will become possible only with the help of innovations. This means that process of generating and using Schumpeterian-type innovations should become the key factor of economic development. It is necessary to note that innovative activity of businessmen can be present in various forms. Depending on existing game rules business activity can get not only productive (J. A. Schumpeter’s creative destruction), but also unproductive (rent seeking) orientation.

The “Concept 2020” analyses the global challenges which Russia faces in its development that amplify high level of social inequality and regional differentiation, preservation of barriers to conducting enterprise activity, weak interrelation of education, science and business, absence of necessary competition in various markets and low level of social capital development. Under these conditions, as A. Gerschenkron wrote, the government becomes the leading factor of economic modernization, and it is its representatives that try to shape the concept of long-term socio-economic development of the country.

It is supposed that gross national product growth will be provided, mainly, by means of priority development of labour productivity and large capital assets investments. Our calculations show they considerably advance growth of productivity and gross national product, and that will lead to increase in a capital intensity of production and falling yield on capital investment. The arising gap between export and import, according to authors of the Concept, will be covered by the accruing inflow of foreign capital.

However the main drawback is the mechanism of maintaining  economic growth. Defining concrete aims of development is an important, but an insufficient condition. The institutional mechanism of private sector development stimulation is not developed at all. Meanwhile, sharp increase of expenses on social sphere will raise the question about budget spending. It can be reached either by increase in taxes or by public sector expansion.

In the report it is critically considered not only the official point of view, but also Porter M., Ketels K. “Competitiveness at the Crossroads: Choosing the Future Direction  of the Russian Economy”, «The forecast of innovative, technological and structural dynamics of Russian economy till 2030», and RAND Corporation report “The Global Technology Revolution 2020: Trends, Drivers, Barriers, and Social Implications” devoted to tendencies of development of 16 technologies in 29 countries and other forecasts.

Economic efficiency should be directed towards creation and maintenance of competitive order, strengthening of antimonopoly activity and improving fair entrepreneur’s image. This will make Russia more attractive for workers from abroad and help it develop integrative relations with neighboring countries.

All these measures will raise economic efficiency while creating preconditions for a fast overcoming of the crisis and increasing the well-being and the acceleration of economic development of Russia. 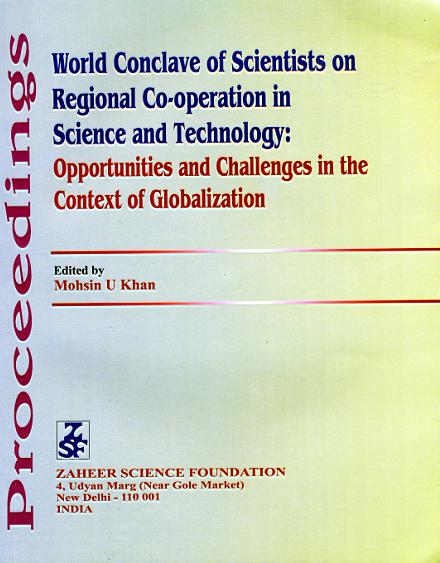 Presents over twenty case studies drawn from practical experience ; Demonstrates how success is measured, providing reader with tools for implementation; Organized around five themes with specific comments for case comparisons from experts in the field; Introduces readers to several contexts that can be applied in various situations; Resource for further study of service innovation

Case Studies in Service Innovation provides the reader fresh insight into how innovation occurs in practice, and stimulates learning from one context to another. The volume brings together contributions from researchers and practitioners in a celebration of achievements with the intention of adding to the wider understanding of how service innovation develops. Each case presents a brief description of the context in which the innovation occurred, the opportunity that led to the innovation and an overview of the innovation itself, also addressing how success was measured, what success has been achieved to date and providing links to further information.

The book is organized around five major themes, each reflecting recognized sources of service innovation: Business Model Innovation: new ways of creating, delivering or capturing economic, social, environmental and other types of value; The Organization in its Environment: an organization engaging beyond its own boundaries, with public private partnerships, sourcing knowledge externally, innovation networks, and open or distributed innovation; Innovation Management within an Organization: an organization actively encouraging innovation within its own boundaries using project teams, internal governance of innovation, and methods or tools that stimulate innovation; Process Innovation: changes in service design and delivery processes, such as consumer led innovation or consumers as part of the innovation process, service operations management, and educational processes; Technology Innovation: the use of technology, including ICT enabled innovation, ICTs that are themselves innovative and support the delivery of new services, new ICT services, new ways of delivering services associated with ICT products, and technology other than ICT.

The final part of the book is given to four extended cases allowing for a more in-depth treatment of innovation within a complex service system. The extended cases also illustrate two important and growing trends, firstly the need for, and benefits of, a more customer centric approach to service innovation and secondly the need for better understanding of public services and the role of public-private partnerships in identifying and achieving innovation

In the given work approaches by the Russian and foreign researchers in the field of quality management are studied and analyzed in details, namely:

- approaches to the «service quality» definition;

The purpose of research work consists of ISQM (Innovation System of Quality Management) model creation taking into account features of TCS providing, which, in turn, is targeted on TCS company purposes achievement in the field of quality by means of:

- measuring of the reached results and their comparison with expected results;

- effective management decision making as a result of carrying out the analysis of managerial activity in the field of quality on the basis of the report containing recommendations for the company activity improvement, prepared due to the results of measuring and collecting quality indicators.

Effective property rights protection plays a fundamental role in promoting economic performance. Yet measurement problems make the relationship between property rights and entrepreneurship an ambiguous issue. As an advancement on previous research in this paper we propose a new approach to the evaluation of the security of property rights based on direct measures that overcomes some limitations of previous studies. We apply this new metrics to a survey of manufacturing firms in Russia to identify the economic effects associated with the lack of property protection in a transition economy. Our analysis supports the view that there is a close relationship between institutions, property rights and economic growth. Our findings confirm that redistributive risks provide a depressing effect on investment and innovative activity of manufacturing enterprises and potentially result in a huge loss in efficiency and economic growth, which in other institutional settings could have been avoided.

In the modern economic reality the level of competitiveness of entire countries and national economies depends on innovative activity in the industry and technology. The present article analyzes the diffusion of clusters model in international experience and the spread of spin-offs model as an effective solution for clusters’ efficiency increasing. A methodological proposal for evaluating of clusters’ competitiveness is formulated.