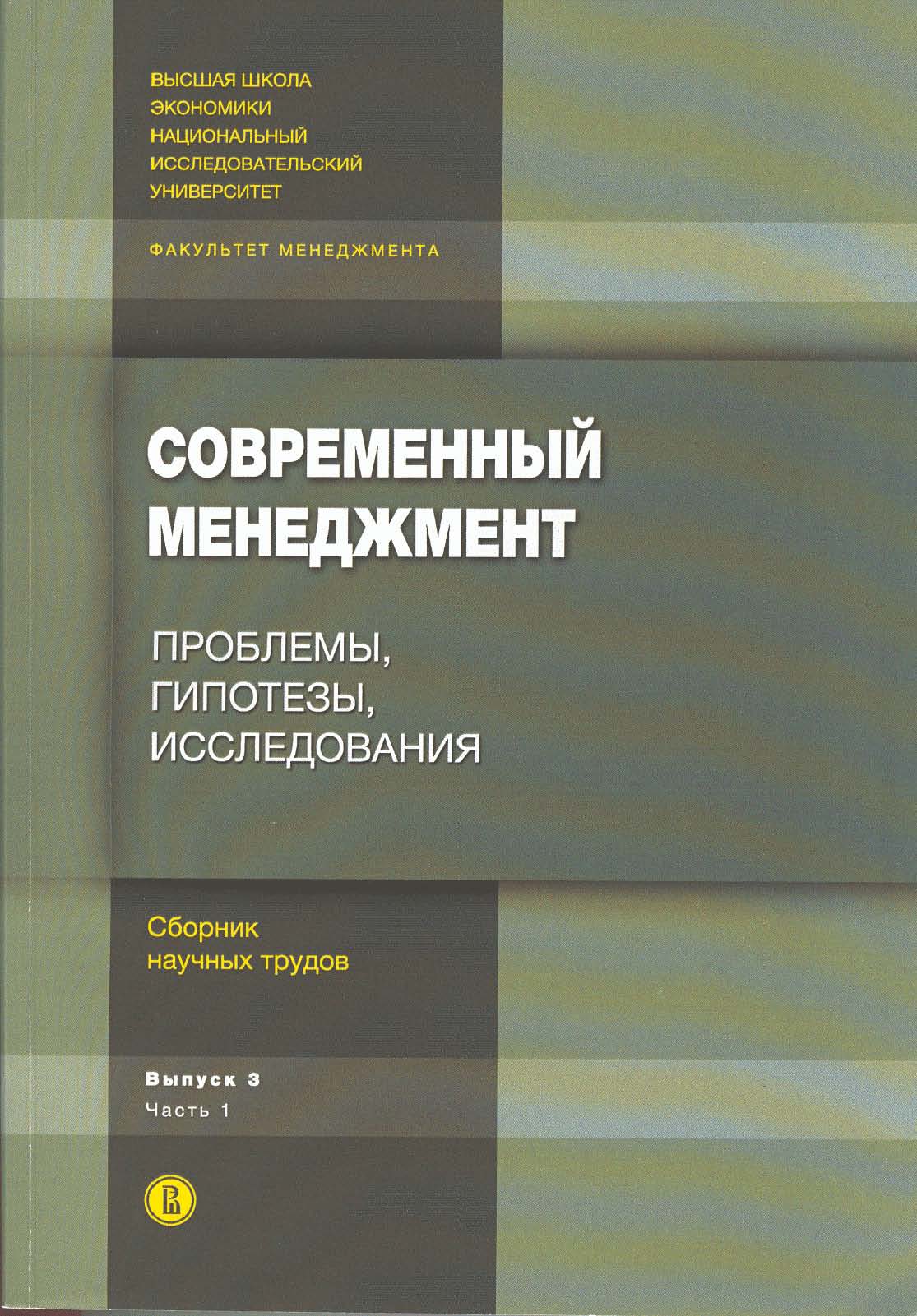 Современный менеджмент: проблемы, гипотезы, исследования: сборник научных трудов. Выпуск 3. В 2 ч. Часть 1
Edited by: М. Ю. Шерешева Ч. 1. Вып. 3. М.: Издательский дом НИУ ВШЭ, 2011.
Similar publications
The Effectiveness Of Different Trading Strategies For Price-Takers
Egorova L. G. Financial Economics. FE. Высшая школа экономики, 2014. No. WP BRP 29/FE/2014 .
Simulation models of the stock exchange are developed to explore the dependence between a trader’s ability to predict future price movements and her wealth and probability of bankruptcy, to analyze the consequences of margin trading with different leverage rates and to compare different investment strategies for small traders. We show that in the absence of margin trading the rate of successful predictions should be slightly higher than 50% to guarantee with high probability that the final wealth is greater than the initial and to assure very little probability of bankruptcy, and such a small value explains why so many people try to trade on the stock exchange. However if trader uses margin trading, this rate should be much higher and high rate leads to the risk of excessive losses.
Russian manufacturing revisited: Industrial Enterprises at the Start of the Crisis
Kuznetsov B., Dolgopyatova T. G., Gimpelson V. E. et al. Economics Working Paper. UCL SSEES Centre for Comparative Economics, 2010. No. 111.
The Outline of the OPEC Conference Simulation
Petrova E. Y. Sino-US English Teaching. 2012.
This article covers the positive features of a simulation and provides the outline of the OPEC (The Organization of the Petroleum Exporting Countries) Conference Simulation that was held with the 3rd-year students of the Department of World Economy and International Relations of National Research University “Higher School of Economics”. The article describes the three stages of the simulation at length. The purpose of the simulation was to give students an opportunity to see the market forces at work with concrete example and to give them hands-on experience in negotiating and decision-making. After the simulation students completes a survey, the results of which are quantitatively analyzed and are described in the paper. Face-to-face interviews with the students were also conducted and the findings are available below. The students learnt their strengths when performing in public, they were able to use their theoretical knowledge in practice and that helped them to understand it better.
Towards a Translation from Nested Petri Nets into Colored Petri Nets
Dworzanski L. W., Lomazova I. A. In bk.: Program Semantics, Specification and Verification: Theory and Applications. The conference materials. Nizhny Novgorod: Nizhny Novgorod State University, 2012. P. 55-63.

The book is devoted to comprehensive analysis of the greenhouse gas emission regulation systems, including international, regional and national experience in development and implementation of direct and indirect "carbon" regulation, cap-and-trade schemes, international carbon market and its mechanisms, joint implementation projects, perspectives of carbon market evolution in the future, proposals on imtroduction of low carbon development mechanisms in Russia

Может ли российский бизнес ограничить "силовое давление" со стороны государства
Яковлев А. А., Казун А. П., Соболев А. С. Институциональные проблемы российской экономики. WP1. НИУ ВШЭ, 2014
In their most recent works, North and his co-authors (North, Wallis, Weingast, 2009) (North, Wallis, Webb, Weingast, 2012) name the formation of organizations capable of effectively restricting violence in society as a necessary condition for transfer from developing societies to sustainable economic growth societies. However, the mechanisms of emergence and conditions for the operation of such organizations in contemporary developing countries remain unclear. We shall follow the logic of formation of such organizations using the case study of collective actions of the Russian business community aimed at restricting “state violence” against business. We shall try to identify the conditions leading to a shift in the choice of strategies from attempts of informal agreements with extorters controlling means of coercion to cooperation of businessmen and trace further evolution of organized forms of collective actions. Finally, we shall assess to what extent the created organizations can be effi cient and self-supporting in the long term.