The European Union in the G20 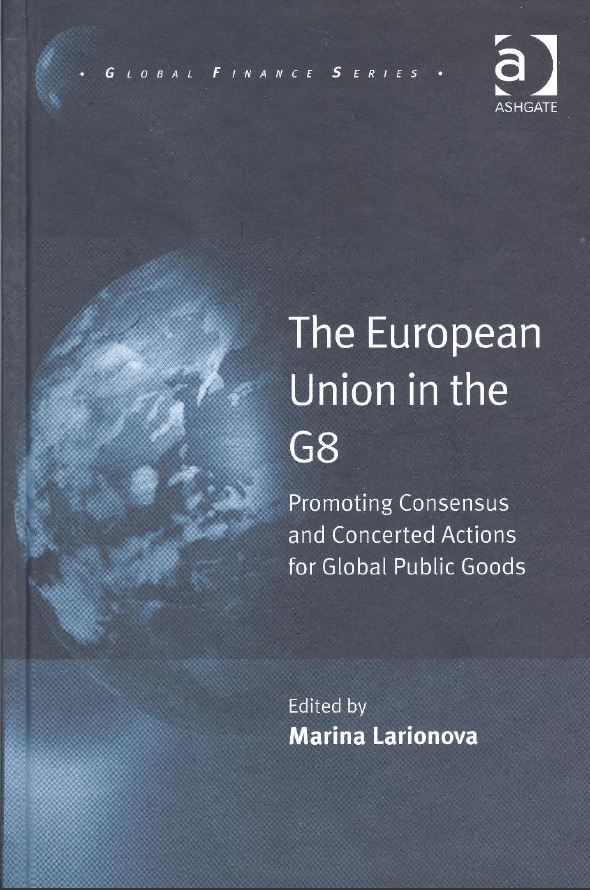 Australian G20 Presidency
Sakharov A. G., Shelepov A. V., Safonkina E. et al. International Relations. WP BRP. НИУ ВШЭ, 2015
The 2014 Australian presidency took place against the backdrop of multiple challenges in both global economy and international politics, with Ukrainian crisis, Syrian conflict, Islamic State, and Ebola. Thus, despite being an economic forum, the G20 could not avoid addressing these issues, with discussions taking place during the bilateral meetings and on the sidelines of the forum. The article attempts to analyze the Australian G20 Presidency within a functional paradigm, assessing G20 performance on the three main objectives of plurilateral summitry institutions: strengthening capacity for political leadership to launch new ideas and overcome deadlocks; reconciling domestic and international pressures; and consolidating collective management. The analysis revealed that, despite a number of setbacks, the 2014 Australian presidency managed to steer the G20 members’ cooperation on the four major pillars of the institution’s agenda, reflecting a consistently high level of the G20 commitment to fulfilling its key mission of ensuring strong, sustainable, balanced and inclusive growth.  The research was carried out with financial support of Russian Humanities Research Foundation within the framework of a research project “Elaborating a Supply – Demand Model to Balance External Demand and National Priorities in the Presidency Proposals for Agenda in G20, G8 and BRICS”, project  №12-03-00563.
Russia’s vision for G20 summitry
Larionova M. V. In bk.: The G20 Mexico Summit 2012: The Quest for Growth and Stability. L.: NewsdeskMediaInc, 2012. P. 192-193.

The paper presents analysis of the G8 and G20 assistance to developing countries in overcoming the consequences of economic and financial crisis. It assesses the G8's and G20's implementation of key global governance functions and highlights their engagement with international organizations. In conclusion the author gives recommendations for rational division of labour between the institutions in international development assistance.

The Right to Be Forgotten in the European Union and Russia: Comparison and Criticism
Nurullaev R. Law. LAW. Высшая школа экономики, 2015. No. WP BRP 54/LAW/2015 .
On 14 July, 2015 the Russian President signed Law No. 264-FZ which grants Russian citizens the right to request the delisting of search results which link to inaccurate or irrelevant information about them (“the right to be forgotten”). This paper discusses the decision of the Court of Justice of the EU in Google Spain v. Agencia Española de Protección de Datos (AEPD) and Mario Costeja González, the case which inspired Law No. 264-FZ, and compares implementation of the right to be forgotten in the EU and Russia. It is found that the Russian law was created as a sui generis right, and fails to account for the right of the general public to find and access information online. Other discrepancies include a wider scope of the right to be forgotten, rigid requirements for processing removal requests and the prohibition to disclose any information about such requests.
Финансовые ресурсы и учреждения
Буторина О. В., Кондратьева Н. Б. В кн.: Европейская интеграция: учебник. М.: Деловая литература, 2011. Гл. 11. С. 186-202.
The scope of the freedom to provide services: prohibited restrictions
Postnikova E. Law. LAW. Высшая школа экономики, 2013. No. 19.
The freedom to provide services is one of the four fundamental freedoms of the European Union (EU) internal market. Interstate trade in services is impeded by different obstacles consisting of the high level national regulation. The objective of this paper is to reveal the nature of prohibited restrictive national measures. The research is based on the analysis of the Treaty of Rome (now the Treaty on the functioning of the European Union), secondary EU law, the evolution of EU case-law, and a range of doctrinal views. It is argued that the definition of prohibited restrictions is the most complex aspect of the case-law on services. The research compares the concept of the restrictions that are to be abolished within the scope of the freedom to provide services and of other freedoms. This study also investigates the correlation between EU and World Trade Organization (WTO) legal mechanisms in the sphere of the provision of services.