The paper analyses the logical structure of Kripke’s modal essentialist argument against materialism and also puts it in the broader context of contemporary analytic philosophy of mind. The comparison is made between Kripke’s essentialism and that of Aristotle. It is argued that Kripke’s anti-materialist argument had influenced significantly related arguments of Thomas Nagel, Joseph Levine and especially David Chalmers. However, as for the former, Kripke's notion of «necessary a posteriori» puts some pressure on his zombie argument. Chalmers tries to deal with this problem by introducing two-dimensional semantics. Due to the strength and convincingness of Kripke’s argument physicalistic materialism nowadays has lost its status of «orthodox» stance in the analysis of consciousness. 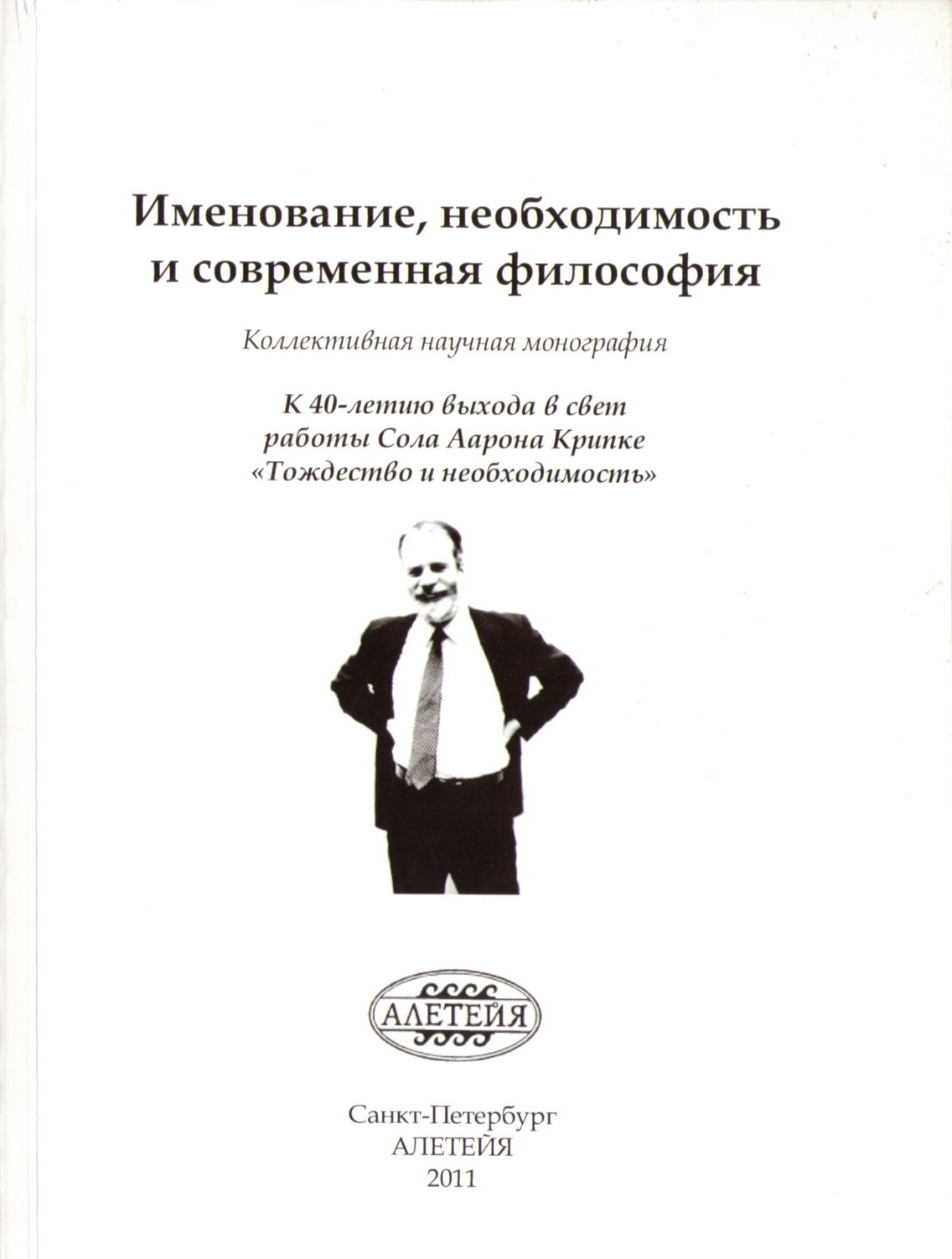 The Nexus of Agency: Body and The World
Mishura E. In bk.: Rationality in Action: Intentions, Interpretations and Interactions. St. Petersburg: Aletheya, 2015. P. 190-199.

How body and mind are interconnected within action? This paper examines this question from the phenomenological point of view. First, we will describe some basic phenomenological attitudes to externality and internality. These attitudes were formulated by the founder of the phenomenology Edmund Husserl. Second, we present Husserl’s ideas on the embodiment. Third, we examine the development of Husserl’s position by French phenomenologist Maurice Merleau-Ponty.

The article analyzes the monograph of A.B. Rakhmanov Social Philosophy of Max Weber, in which criticism of Weber's sociology is used as an excuse for the revivification of Marxist social utopia. Since the author's argument depends entirely on its ideological beliefs, it has zero value in scientific terms, but may serve as a useful starting point for diagnosing the current state of Russian sociology, especially in the context of its social utility.

The article deals with one of the most graceful and non-standard version of the modal ontological argument for existence of God proposed by analytic philosopher Stephen Makin in 1988. In his version he has succeeded to avoid the famous criticism of Kant the impossibility of using of the predicate ‘to exist’ as a “real”. Makin does not attempt to prove the necessary existing object; otherwise, he uses a concept of necessarily exemplified concept. He argues there is at least one (possibly unique) such concept - scilicet Anselm’s famous "that than which non greater can be conceived".

This study consists of three main parts: firstly, it is discussed Makin’s idea and version of the argument; secondly, it is analyzed the criticism which has been received from 1988 to 1991; thirdly, I present my own objections to Makin’s version, and to the criticism on it.

I will say something presently about three important points, namely: 1) there are no reasonable arguments in favor of the idea that class of necessarily exemplified concept is not empty; 2) there seems to be no plausibility to holding that the interchangeability of alethic modalities is sound here; 3) there are some additional difficulties that have been not previously mentioned in the analysis of evidence. In particular, the proof does not take into account the multilevel structure of the ontology,  which hierarchy of levels, as a rule, determines what kind of entity exists in the ontology in the true sense of the word. In addition, Makin’s approach is well described in terms of Tichy’s "offices", which makes it impossible to worship God as omniscient, omnipotent, and omnibenevolent.

The concept of cognitive complexity is developed in the article. The complexity of cognition involves the syncretic inner connection of the level of perception and the mental level (perceptual thinking), the logical and intuitive components, the analogue, continuous and digital, discrete ones as well as loops of feedback between a cognitive agent and a medium which it cognizes, the connection of cognition with action, of cognition with communication. The cognitive complexity is formed also by complexity of functioning of consciousness and of the intertwining of its levels. Mind is considered as a structure-process in the interdependence of its bodily and mental aspects: body is able to cognize; it is thinking one, whereas mind is moving one. Mind is a self-organizing system, and self-organization engenders the phenomena of emergence, unpredictability on the level of the whole. The concept of cognitive complexity is discussed in the context of the notions of complexity and nonlinearity of thinking as well as of nonlinearity of writing. It is argued that a “complex epistemology” (Edgar Morin) is necessary for comprehension of complexity of cognition and creativity