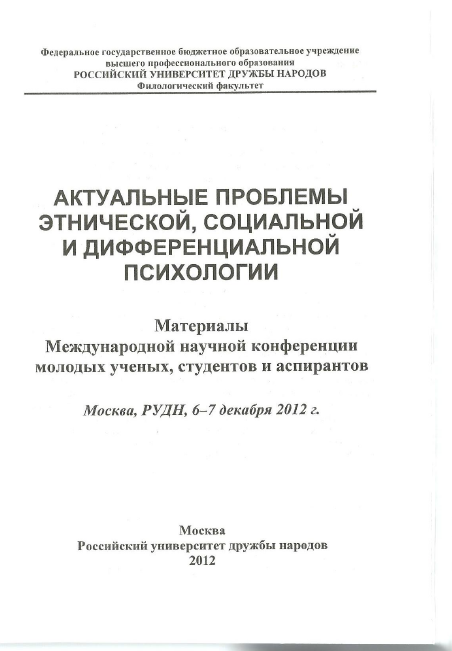 Психологические составляющие человеческого капитала как фактор экономического поведения
Рощина Я. М. Научные труды Лаборатории исследований рынка труда. WP15. НИУ ВШЭ, 2008. № 03.
The paper is devoted to analyze the relation between psychological elements of human capital and economic behavior. The data used in this paper were collected for the first time in Russia within the mass sociological interrogation and psychological testing simultaneously spent (about 600 people). This allowed us to test at the micro-level if there are the interrelation between psychological components of the person and his behavior in economic sphere. On the basis of the big number of psychological variables eight integrated factors, characterizing expressiveness of different psychological components of the human capital have been constructed. At individual level significant interrelations of these factors with the major demographic, social and economic indexes, such, as a sex, age, formation, religiousness, a labor experience, the birthplace, smoking, the use of alcohol, a sport training, a self-estimation of the social status and a family financial position have been found out. Econometric estimations has shown that some psychological variables (reliability of memory and mistrust to a society, personal adaptable potential and situational uneasiness) have the contribution to incomes comparable with such of the education.
Социальный капитал и модели экономического поведения
Татарко А. Н. В кн.: Ценности культуры и модели экономического поведения. М.: Спутник+, 2011. Гл. 13. С. 253-275.
Ценности культуры и модели экономического поведения
Агадуллина Е. Р., Амерханова Н. А., Вьюшина В. В. и др. М.: Спутник+, 2011.

This collective monograph examines the relationship between culture and economic consciousness of Russians and is based on the theoretical and empirical research conducted by the research fellows of the International Scientific-Educational Laboratory of Socio-Cultural Research of the Expert Institute of National Research University “Higher School of Economics”.

The collective monograph is intended for specialists interested in the relationship between culture, economics, and psychology.