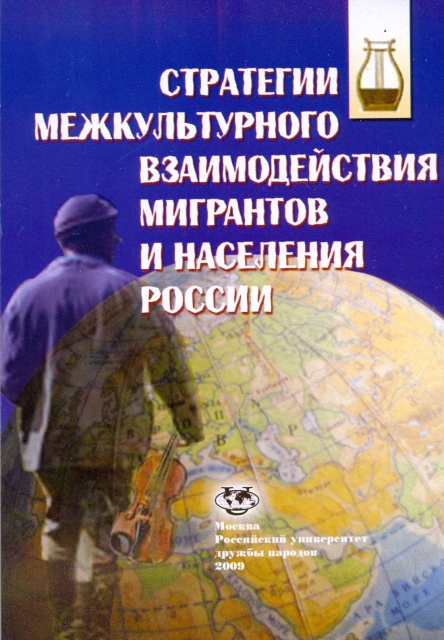 Стратегии межкультурного взаимодействия мигрантов и населения России
Edited by: Н. М. Лебедева, А. Н. Татарко М.: Российский университет дружбы народов, 2009.
Similar publications
Религиозность и этническая идентичность у представителей различных конфессий
Щербаков А. В. Вестник по педагогике и психологии Южной Сибири. 2014. № 2.
The article considers the perspective of domestic and foreign authors on the problem of religion, religiosity and ethnic identity. The aim of the published research was the revealing of differences in religious attitudes and ethnic identity among representatives of different religions, as well as the relations between the studied parameters. To conduct the study there were formed three groups of men aged 20-30 years in the amount of 92 people, openly expressing their religious beliefs (Muslims - 30 people, Orthodox - 31 people, atheists - 31 people ) and voluntarily agreed to participate in the study. For the diagnosis were used: a worksheet "Religiosity" by A.V. Orlov and a questionnaire " The types of ethnic identity " by H.W. Soldatova. The analysis of the data revealed the characteristic features of religiosity and ethnic identity of the three representatives of various religions (Islam, Orthodoxy, atheism). Moreover, we obtained the evidence that nationalism increases while the religiosity falls among the respondents. Our results can be used as the basis for developing a comprehensive program for the formation and development of religious and ethnic tolerance in terms of contemporary Russian society.
Стратегии адаптации мигрантов и их психологическое благополучие (на примере Москвы и Северного Кавказа): Монография. – М.: Изд-во, 2012. – с. 192
Лепшокова З. Х. М.: Грифон, 2012.
Social Capital and Attitudes towards Money
Tatarko A., Schmidt P. Sociology. SOC. Высшая школа экономики, 2012. No. 07/SOC/2012.
The objective of this research was to assess the mechanism through which the individual level components of social capital, that is, individuals‘ levels of trust, tolerance and civic identity affect their economic behavior. The sample of the study included 634 respondents aged 20 to 59. A structural equation model relating social capital with economic attitudes was specified and tested controlling for age, gender and education. We found that higher levels of individual social capital were associated with adverse monetary attitudes. Attitudes toward money as a means of influence and protection and the desire to accumulate it reflect a personal sense of dependency on money and lead to constant concern about it. A greater social capital, by providing social support that serves as an alternative source of security, influence, and protection, may reduce this dependence on money. An important finding of our research has been that the component of social capital that correlated most frequently and strongly with monetary attitudes, was civic identity. Generally, based on our findings we propose that the negative association between monetary attitudes and individual level social capital suggests that, when social capital decreases, people try to compensate by accumulating financial capital.
Identities in Transition. eBook
Edited by: G. Tsolidis. 2011.

Теоретические проблемы этнической и кросс-культурной психологии: Материалы Второй международной научной конференции 26-27 мая 2010 г. Том 1
Edited by: В. В. Гриценко Т. 1. Смоленск: Универсум, 2010.
Язык как система ориентиров в социальном пространстве
Никитина Е. Б. В кн.: Информационно-коммуникационное пространство и человек (Материалы II международной научно-практической конференции 15-16 апреля 2012 г.). Пенза; М.; Витебск: Научно-издательский центр "Социосфера", 2012. С. 32-36.
The following article is an account of the author’s opinion of the role of language within the framework of society. The paramount idea is that language should not be viewed simply as a means of communication. The author suggests a more profound understanding of language as a medium between society and the culture against the background of which it manifests itself. The aforementioned conception of language provides the author with the opportunity to assert that language constitutes a system of guidelines without which society would lose its identity.
Are Individual Value Orientations Related to Socio-Psychological Capital? A Comparative Analysis Data from Three Ethnic Groups in Russia
Tatarko A. Psychology. PSY. Высшая школа экономики, 2012. No. 03.
This study analyzes the phenomenology of socio-psychological capital viewed as a resource for psychological relations which constitutes the basis for the formation of social capital. A cross-cultural analysis of the impact of value orientations on socio-psychological capital has been performed. Based on a sample of 3 ethnic groups (Russians, n = 103; Chechens, n = 100; Ingush, n = 109), it has been demonstrated that although the impact of individual values on socio-psychological capital obeys logic, it may be culture-specific. Values of Self-Transcendence (Benevolence and Universalism) have a positive impact on the socio-psychological capital of a multicultural society, whereas values of Self-Enhancement influence it negatively. Openness to Change values positively influence civic identity but have a negative effect on perceived social capital. Conservation values positively affect the civic (Russian) identity of the representatives of the Ingush ethnic group.
Социальный капитал и экономические установки жителей Москвы и Башкортостана
Павленко О. Б. В кн.: Теоретические проблемы этнической и кросс-культурной психологии: материалы Третьей международной научной конференции 24-25 мая 2012 г. Том 1. Т. 1: Проблемы методологии этнической и кросс-культурной психологии. Смоленск: Маджента, 2012. С. 175-178.