Role plays as an effective approach to teaching cross-cultural communication 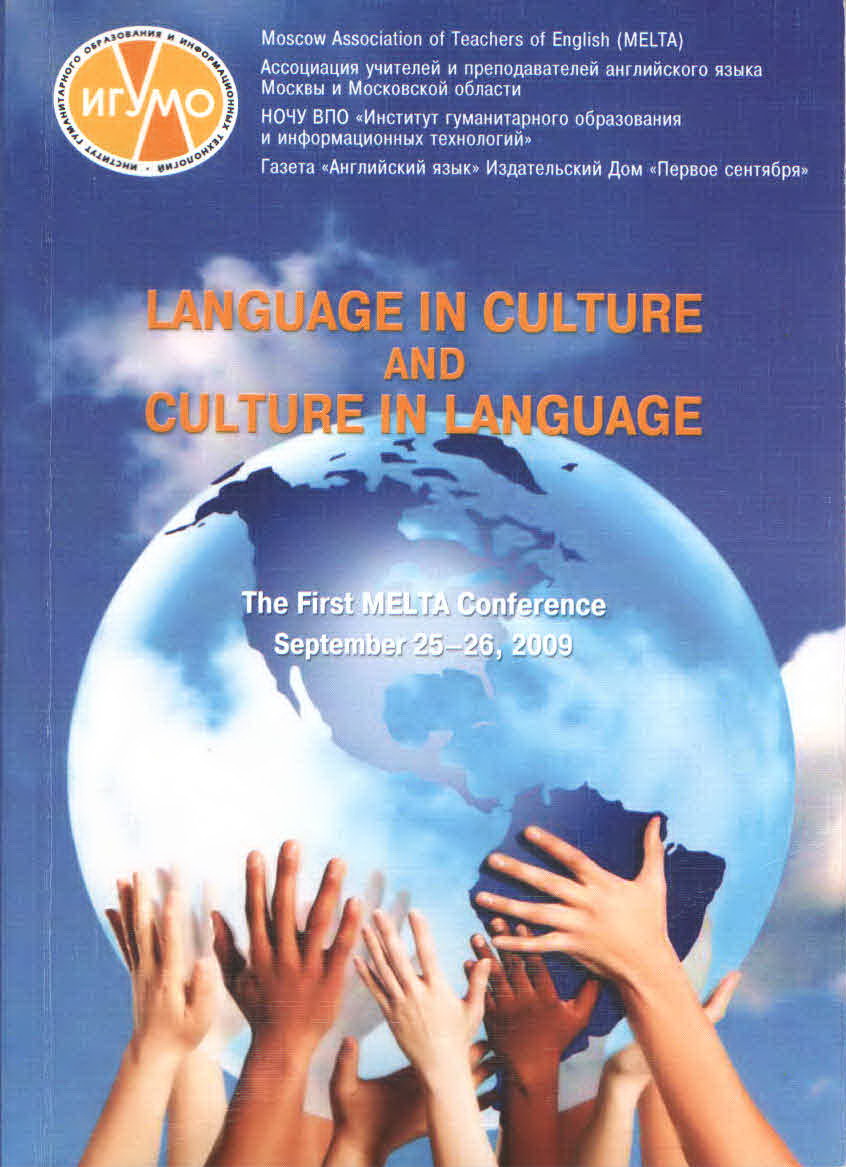 Consumer behavior in online games
Okuneva M., Potapov D. Management. MAN. Высшая школа экономики, 2014. No. 25.
The present paper focuses on the concepts of motivations and fun in online games. The ultimate goal of our research is to understand consumer behaviour toward an online games extending Yee’s model of motivations (Yee, 2006). We investigate relationships between fun, motivations, continued intention to play and such characteristics of players as age and rank. Moreover, we examine if the relationships are different depending on user characteristics (experience, donation). Our calculations are based on statistical procedures (structural equation modeling) for players of one particular game “Tanki Online”.
Этнопсихология. Учебник и практикум для академического бакалавриата
Н.М. Лебедева М.: Юрайт, 2014.
Язык как система ориентиров в социальном пространстве
Никитина Е. Б. В кн.: Информационно-коммуникационное пространство и человек (Материалы II международной научно-практической конференции 15-16 апреля 2012 г.). Пенза; М.; Витебск: Научно-издательский центр "Социосфера", 2012. С. 32-36.
The following article is an account of the author’s opinion of the role of language within the framework of society. The paramount idea is that language should not be viewed simply as a means of communication. The author suggests a more profound understanding of language as a medium between society and the culture against the background of which it manifests itself. The aforementioned conception of language provides the author with the opportunity to assert that language constitutes a system of guidelines without which society would lose its identity.
The choice of interpretation as a problem of social epistemology
Porus V. N. Humanities. HUM. Basic Research Programme, 2013. No. 19/HUM/2013.
Social epistemology is a set of attempts to assign a philosophical meaning to sociological studies of cognitive processes within their social context. These attempts are being made through competition of philosophical interpretations. The choice of interpretation is governed by the desire to bring value orientations of science in line with the challenges from a changing cultural-historical environment. Robert Merton’s “normative ethos of scientists” is reviewed here as an illustration to this thesis.
Роль и значение сферы культурных услуг в региональном развитии
Копацкая С. А. В кн.: Общество потребления и современные проблемы сферы услуг. Материалы Международной научной конференции – Вторых Санкт-Петербургских социологических чтений, 15-16 апреля 2010 г.. СПб.: СПбГУСЭ, 2010. С. 228-229.
Лингвострановедение (французский язык)
Нежина Л. А. М.: АПК и ППРО, 2009.
Методология организации исследований системы управления услугами в рамках культурных событий
Дедова М. А. Известия Санкт-Петербургского университета экономики и финансов. 2013. № 4. С. 104-106.