by year
Subject
News
HSE Neural Interface Technology to Be Introduced in Hospitals
The Federal Brain and Neural Technology Centre at the Federal Medical and Biological Agency is launching the Laboratory of Medical Neural Interfaces and Artificial Intelligence for Clinical Applications, which has been created by employees of HSE University. Read below to find out about the Laboratory and its objectives.
Representatives of More than 30 Countries Took Part in the XXIII Yasin International Academic Conference
The XXIII Yasin (April) International Academic Conference on Economic and Social Development has come to a close at HSE University. In 2022, more than 3,000 participants took part in the event, including 250 registered foreign representatives—almost 10% more than last year.
Russia and Africa: Time to Expand Cooperation
There is major potential for economic and humanitarian cooperation between Russia and African countries. Particularly, Russian organisations and universities can help transfer competencies and knowledge in the fields of agriculture, energy, industrial production, environmental management, climate change, and public administration. Experts and representatives of African embassies in Russia discussed these issues at the round table ‘Russia-Africa Sharing Knowledge’ hosted by HSE University.

Renaissances in Byzantium and Byzantium in the Renaissance: the International Development of Ideas and Terminology in Late Nineteenth- and Early Twentieth-Century Europe

Traditional twentieth-century histories and art historical narratives point to a series of revivals in Byzantine art and literature in the ninth, twelfth and fourteenth centuries, thus representing Byzantine culture as a constant sequence of deaths and rebirths motivated by its internal ‘Classical’ component. Additionally, Byzantine art is often discussed as a source of Classical motifs adopted by the Italian Renaissance. This chapter argues that these two concepts are interconnected and were developed in order to ‘insert’ Byzantine art into mainstream art history, using the art of antiquity as a benchmark. It investigates how the very notion of ‘Byzantine renaissances’ was developed in the course of entanglements between the research narratives that emerged in Austrian, Russian, French and Balkan schools of art history. This study highlights the emergence of the ‘Byzantine renaissances’ paradigm as simultaneously accommodating and reconciling two antagonistic theoretical standpoints: that of the Oriental tendencies in the Byzantine style and that of Classical imagery and techniques in Byzantine art. 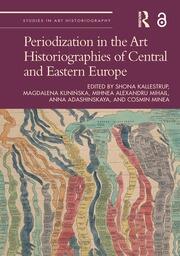