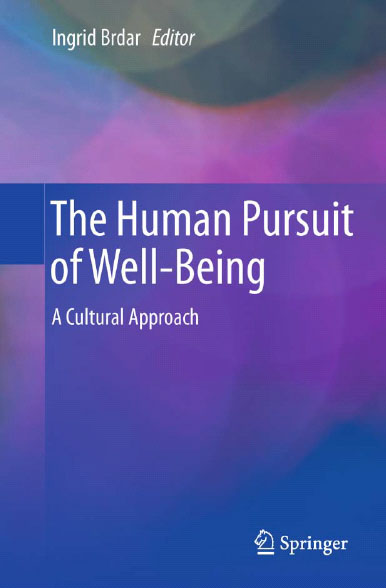 Positive Psychology has become a major approach to the scientific study of individual, social, community and cultural processes. This book includes a selection of papers presented at the 3rd European Conference on Positive Psychology, organized in Braga at the University of Minho, Portugal in 2006. The title of the book reflects its main purpose and a main concern for positive psychology - Understanding Positive Life - balanced between the two scientific pillars, the research and the practice. Several contributions concerning theory, research and practice are presented in three different parts: Happiness, Well-being and Life Satisfaction (Part I); Performance, Coping and Quality of life (Part II); and assessment, Intervention and Practice for a Positive Life (Part III). Each part includes eight chapters, with a great diversity of authors coming from different countries.

Two studies were conducted investigating the relationship between the Zimbardo Time Perspective Inventory (ZTPI) scales and well-being measures in British (N¼179) and Russian (N¼289) student samples. On the basis of person-oriented approach, a cluster-analysis operationalization of Balanced Time Perspective (BTP) using ZTPI was proposed and validated, demonstrating more evidence for its validity than the previously suggested cut-off-point approach. Four distinct time perspective patterns were discovered in both samples: future-oriented, present-oriented, balanced and negative. The clusters revealed significant differences in well-being, with members of the BTP cluster demonstrating the highest scores in both samples. The relationship between ZTPI and Temporal Life Satisfaction Scale in the British sample was found to be non-uniform for past, present and future. Based on these findings, a distinction between three aspects of time perspective is theoretically proposed, and its implications for the future development of the ZTPI are discussed.

This book provides a reference tool to understand current developments in happiness studies. It provides an overview of the evolving body of happiness research and draws some of its future trajectories. This book collects the contributions of scientists from psychology, sociology, economics, political science and other scientific domains sharing the quest for improving people's quality of life. Building on this expertise, the book provides a compass to orient the reader in a burgeoning literature to document, inform and suggest ideas for future research.

Meta-analytic research in psychology of academic performance proved that Big Five Conscientiousness and Openness to Experience predict scholastic achievements of university students (O’Connor, Paunonen, 2007; Poropat, 2009). But we claim that psychological predictiors of academic success depend on educational environment and can be culture-related. We examined 176 2nd and 3rd year economy and computer science university students in Russia with the Big Five – Ipsative version test (Shmelyov, 2010) and discovered that GPA and USE (United State Examination in Russia) scores are significantly correlated with Agreeableness (r = 0.15; p < 0.01 for GPA and r = 0.22 p < 0.01 for USE math) and Neuroticism (r = 0.2, p < 0.01 for GPA and r = -0,17; p < 0,01 for USE math). We suppose that the difference between our result and results provided by the meta-analyses mentioned above can be explained by the differences in educational environment in Russia and other countries. We assume that big number of classes and relatively small amount of individual and analytical assignments create the environment where Agreeableness and Neuroticism are important for the academic success.

Доверие и благосостояние: Болгария в сравнительной перспективе
Tilkidjiev N. Научные доклады Лаборатории сравнительного анализа развития постсоциалистических обществ. WP17. Высшая школа экономики, 2011. No. 01.
The paper addresses 5 main issues: 1) why most people in Bulgaria feel they are “at the bottom” and to what degree they feel the quality of their life, of their well-being, is too low; 2) what is the degree of trust among Bulgarian citizens in other people (the so-called social or interpersonal trust) and in official institutions (designated as “political trust”); 3) how trust is dependent on quality of life and on well-being 4) what are the causes of Bulgarians’ fears which impact on their unsatisfactory self-evaluations; 5) Bulgaria’s own location as compared with other EU countries on the scales for self-assessment of trust and well-being.
2D:4D Asymmetry and Academic Performance: Evidence from Moscow and Manilа
Nye J. V., Androushchak G., Desierto D. et al. Education. EDU. Высшая школа экономики, 2011. No. 01.
Exposure to prenatal androgens affects both future behavior and life choices. However, there is still relatively limited evidence on its effects on academic performance. Moreover, the predicted effect of exposure to prenatal testosterone (T) - which is inversely correlated with the relative length of the second to fourth finger lengths (2D:4D) - would seem to have ambiguous effects on academic achievement since traits like confidence, aggressiveness, or risk-taking are not uniformly positive for success in school. We provide the first evidence of a non-linear relationship between 2D:4D and academic achievement using samples from Moscow and Manila. We find that there is a quadratic relationship between high T exposure and markers of achievement such as grades or test scores and that the optimum digit ratio for women in our sample is lower (indicating higher prenatal T) than the average. The results for men are generally insignificant for Moscow but significant for Manila showing similar non-linear effects. Our work is thus unusual in that it draws from a large sample of nearly a thousand university students in Moscow and over a hundred from Manila for whom we also have extensive information on high school test scores, family background and other potential correlates of achievement. Our work is also the first to have a large cross country comparison that includes two groups with very different ethnic compositions.