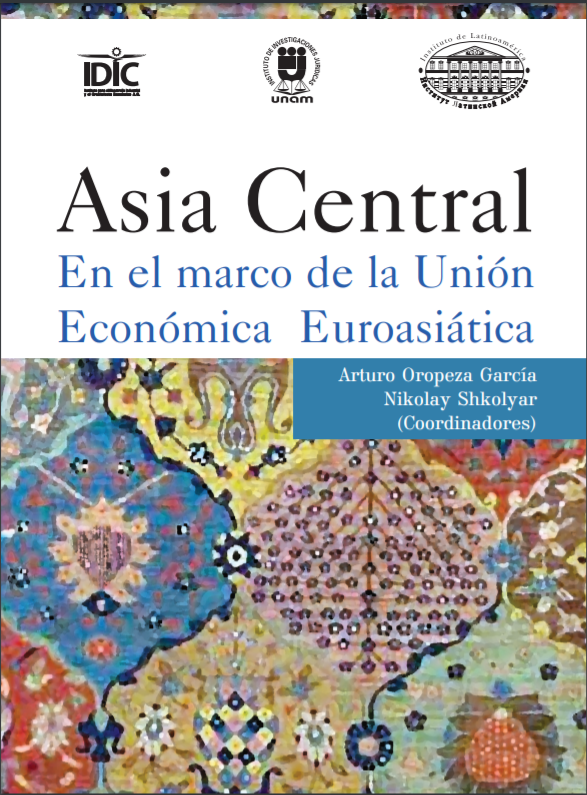 Asia Central en el marco de la Union Economica Eurosiatica
Edited by: A. O. Garcia, Н. А. Школяр. Universidad Nacional Autonoma de Mexico, 2021.
Similar publications
Долгосрочное прогнозирование развития международных отношений в интересах национальной безопасности России
М.: МГИМО-Университет, 2016.
The Eurasian Economic Union: An EU-Like Legal Order in the Post-Soviet Space?
Karliuk M. Law. LAW. Высшая школа экономики, 2015. No. WP BRP 53/LAW/2015.
The Eurasian Economic Union (EAEU) is an emerging regional organization of economic integration in the post-Soviet space. Following the limited success of previous integration attempts, it seeks to pursue deeper integration, borrowing features from the EU. The EAEU possesses a complex system of elements of an emerging legal order, some of which have distinct similarities with the EU, but others are decisively different. This paper analyses these features in order to find whether the legal changes that accompany the creation of the new entity allow ensuring the effective functioning of the EAEU and whether the respective legal order is autonomous similar to that of the EU. The author argues that the EAEU lags behind the EU in terms of the autonomy of the legal order and in its ability to ensure the effective functioning of the organization. Supranational features are limited, while it relies predominantly on intergovernmental elements with a view to preserve the interests of all Member States.
Система обеспечения права Евразийского экономического союза
Карлюк М. В. В кн.: Право в современном белорусском обществе. Сборник научных трудов. Вып. 10. Мн.: Бизнесофсет, 2015. С. 181-188.
Regional Dimension of Foreign Direct Investment in Russia
Makarov I. A., Morozkina A. In bk.: Drivers of Regional Integration: Value Chains, Investment and New Forms of Co-operation. Johannesburg: Economic Policy Forum (EPF) and South African Institute of International Affairs (SAIIA), 2015. P. 45-71.
In the past decade Russia has become one of the key actors in the global foreign direct investment (FDI) market. Currently it is both one of the largest recipients and contributors of FDI in the world. The paper highlights the current state of inward and outward FDI in Russia, focusing on the regional dimension. Three main regional aspects of Russia-related investment flows are examined, namely inflows from and outflows to European countries; outflows to the countries of the Eurasian Economic Union (EEU); and inflows from the Asia- Pacific region (APR).
The Disintegration of the Judiciary Within Eurasian Integration
Karliuk M. Review of Central and East European Law. 2019. Vol. 44. No. 3. P. 406-435.

The Eurasian Economic Union (‘EAEU’) – an international organization for regional economic integration in post-Soviet space – has a judicial body aimed at ensuring uniform application of law. This article argues that the EAEU Court will struggle in achieving its aim as there are issues of independence, it has diminished powers, and limits have been imposed on its interpretative practices, at least as compared to its predecessor. This may lead to problems in respecting the rule of law and ‘dis-integrates’ the judiciary in the sense of a common system involving national courts. At the same time, it is also argued that, although the Court’s procedural and substantive powers have been limited, the attempt to limit certain interpretative powers of the Court can hardly result in meaningful consequences for the development of law.

This paper analyzes the legislative instruments regulating energy cooperation relations in the framework of the Customs Union and Common Economic Space of Belarus, Kazakhstan and Russia. Formulate five basic pillars of a common energy market.

While the number of non-tariff barriers in the world is rising, the EAEU is pursuing a decrease of NTBs – and alignment of technical standards with the EU. However, immediate benefits to European companies have not yet materialised.

This article analyses prospects for changes in the status of unrecognized states in Greater Eurasia. Status and recognition are often regarded as closely associated but still different categories in international relations (IR) theory and international law. Status defines a state’s rank in the international hierarchy because the international system itself is hierarchical. Recognition is a different category; it defines whether other countries recognize the state as full-fledged and sovereign. Sovereignty is a third category related to recognition, but not equal to it, as it is divided into internal and external (international). There are examples of internally sovereign states that effectively control their territories and collect taxes but are not recognized by other states. This article focuses on whether an unrecognized state can strengthen its status and gain a firmer foothold on the international scene. The article shows that this is possible, and that the absence of international recognition is not an insurmountable impediment to such country’s survival and economic development.

Toward the Great Ocean 4: Turn to the East. Preliminary results and new objectives
Bordachev T., Skriba A., Karaganov S. A. et al. M.: 2016.

Russia’s entire history is in its geography and no matter how huge its territory, it is still a kind of an “inbetween” space.  Today’s Russia has all but completed its turn toward Asia. However, it remains to be seen how far-reaching and successful it will be, and in what specific areas it will evolve and what will be its content, benefits, and costs.  Russia, remaining the country of the European civilization, is moving in the new world to a natural status of the great Eurasian Atlantic-Pacific power. The turn means not a "reversal" from Europe, but a pragmatic orientation to new opportunities, the adequate desire to fit with the modern world. Main directions and dimensions of such turn refer to the establishment of new internal conditions (organizational and legal) for the accelerated development of Siberia and the Far East, qualitative strengthening of the Russian presence in the Asia-Pacific region, and the gradual build-up of trade, economic and political ties with Asian countries, formation of the new Eurasian space for common development.