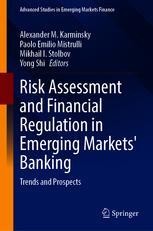 The case discusses the marketing dilemma faced by the Russian social enterprise, Snegi. Snegi promotes traditional Russian boots called Valenki-s, now produced with new age design and in a socially responsible way. The brand has received good response since its inception in 2015. While some customers like the product for its resemblance to Valenki and use it for daily use or gifting, others find it as a fashion statement. The company now faces a dilemma about choosing its target segment and positioning its brand in a way that can retain its social mission while being a successful enterprise.

Innovating for the Middle of the Pyramid in Emerging Countries
Ljubica J. Cambridge: Cambridge University Press, 2021.

The transformation of emerging markets in recent decades has generated a new, growing, and very large middle class market, also known as the middle of the pyramid. This market segment, which is middle by the standards of emerging markets yet low by the standards of advanced economies, is extremely attractive for firms, but still understood and underserved. This volume presents detailed analyses of exemplary firms that have innovated products, services, and business models to fulfil the needs and desires of these new middle classes. It provides useful insights for managers, consultants, researchers, and students interested in emerging economies, and actionable lessons on how to innovate for a new and expanding market segment.

This article evaluates the peculiarities of current corporate ratings systems and addresses specific issues of the development of econometrical rating models for emerging market enterprises. Financial indicators, market-value appraisals, industrial as well as macroeconomic factors of different countries were used as explanatory variables. Ratings of the Standard & Poor's, Moody's Investors Service and Fitch Ratings agencies were considered and used for modelling. The predictive power of the econometrical models was examined. A comparison of the methodologies of the three leading agencies was discussed.

This paper reviews the theory of Credit Default Swaps (CDS), the main characteristics of the CDS market, and how to estimate the non-default component of the yield spreads as the basis between the actual CDS premium and the hypothetical CDS premium implied by bond yields. We then analyze the most liquid CDS on Russian companies and compute the relative CDS-Bond basis from 2005 till 2010, paying particular attention to the period when a short selling ban was into effect in Russian financial markets from September 18, 2008 till June 15, 2009. We found that, while the basis was mainly negative before the ban, it then became largely positive during the period the ban was enforced. After the ban was lifted, the basis has started to decrease but still remains positive for all companies examined. This evidence therefore seems to support the hypothesis that a positive basis can be justified by the difficulty of arbitrage caused by short selling costs

The chapter describes the current state of corporate governance in Russia and the dynamics of recent years. Important features of the environment that affect corporate governance include weak legal institutions that lead to high private benefits to control, underdeveloped capital markets, high levels of ownership concentration and significant state involvement in business. In this situation, the main conflict of interest is not between a manager and a large number of dispersed shareholders, but between large and small shareholders, between different large shareholders, and between minority shareholders and managers/board members in state-owned companies. Many of these features are very similar to other emerging markets, but substantially different from conditions faced by firms in developed countries. Despite substantial improvement during the 2000s, the quality of corporate governance in Russia is still much lower than in developed countries, primarily because of the low quality of Russian institutions.

What determines stock market behavior in Russia and other emerging countries?
Korhonen I., Peresetsky A. BOFIT Discussion Papers. DP. Bank of Finland Institute for Economies in Transition, 2013. No. 4.
We empirically test the dependence of the Russian stock market on the world stock market and world oil prices in the period 1997:10–2012:02. We also consider three Eastern Euro-pean stock markets (Poland, the Czech Republic, and Hungary), as well as two markets outside Europe (Turkey and South Africa). We apply a rolling regression to identify periods when oil prices or stock indices in the US and Japan were important. Surprisingly, oil prices are not significant for the Russian stock market after 2006. A TGARCH-BEKK model is employed to assess the degree of correlation be-tween markets, taking into account the global market stochastic trend. We find that correlation between markets increased between 2000 and 2012. Growth was especially high in Eastern European markets during 2004–2006, which is likely connected with the EU accession of these countries in 2004.
Does state ownership of banks hinder financial development and economic growth in emerging markets?
Glushkova E., Vernikov A. V. In bk.: XII Международная научная конференция по проблемам развития экономики и общества. В четырех книгах. Книга 1.. Bk. 1. M.: Higher School of Economics Publishing House, 2012. P. 579-588.

This paper provides empirical analysis of macroeconomic effects of state ownership of banks. The aim is to test one of the key findings of theoretical and empirical literature of 1990s and early 2000s, namely that sizeable state ownership of commercial banks hinders financial development and economic growth. We focus on several large emerging markets including BRIC countries (Brazil, Russia, India and China) and test several specific hypotheses for the period from 1995 through 2009. Our results suggest that positive or negative sign of the government ownership impact on financial intermediation and economic growth is not constant for all times but varies depending on the type of national economy (mature market or emerging market) and, within the emerging markets category, on the level of economic development. The impact is therefore heterogeneous and not homogeneous. This finding is in contrast with the established theory but in line with the most recent empirical literature.

Structural embeddedness and contractual relationships of chain stores and their suppliers in Russian emerging markets
Kotelnikova Z. Sociology. SOC. Высшая школа экономики, 2013. No. 22.
The core idea of the paper is to put social embeddedness of economic phenomena as a key economic sociology’s concept at the heart of empirical research. The author stresses the importance of taking into account the temporal dimension of the market exchange. It is shown that continuation of exchange relationships can be considered as a proxy for social embeddedness. The paper focuses on contractual relationships of retail chains and their suppliers which have been changed dramatically since the emergence of modern chain stores in Russia. The aim is to reveal to what extent contractual relationships between retailers and suppliers are structurally embedded and which factors are conducive to the greater degree of the structural embeddedness of retailer-supplier relationships in Russian emerging markets. Based on the Baker, Faulkner and Fisher’s theory of continuation of markets ties, the presented paper focuses the influence of power, institutional forces and competition. The paper is based on a survey of retailers and their suppliers in five Russian cities: Moscow, Saint-Petersburg, Yekaterinburg, Novosibirsk, and Tyumen. In 2010 questionnaires were collected from 257 managers of supplying companies and 255 retail managers from the above cities. Quantitative data was enriched with 30 in-depth interviews with suppliers and retailers in 2008. It is shown that both retailers and suppliers tend to maintain long-lasting relationships with majority of partners. However, retailers and suppliers are prone to follow different models. Power turns out to be meaningful for retailers while institutional forces appear to be much of special importance for suppliers. Retailers exercise organizational power to destabilize market ties with counterparts. Suppliers use relational selection criteria and specific investments to attach relationships with exchange partners. The significant factors conducive to the prevalence of the embedded ties in the market are organizational power, relational criteria of business partner selection, specific investments, length of service in retailing, tenure length of managers in a given company, sector, and geographic location.