Languages and sociolinguistics of the Caucasus

This chapter provides a sociolinguistic account of the languages of the Caucasus, includ­ing figures for speakers and their geographical distribution, language vitality, the official status of the languages, orthography, and writing practices. The chapter discusses lan­guage repertoires typical of different areas in the Caucasus, and their change over the 20th century. As a showcase, it provides an overview of traditional multilingualism in Daghestan, the most linguistically dense are in the Caucasus. It discusses various pat­terns of interethnic communication, including lingua franca and asymmetrical bilingual­ism. We show that bilingualism was gendered, and how Russian was spreading in the area as a new lingua franca. The chapter surveys the outcomes of language contact, covering both lexical borrowing (including main references to etymological research) and provid­ing examples of structural convergence, with a special focus on the area of the highest language density in the Caucasus, Dagestan. Data in the chapter are based both on offi­cial sources (censuses), on information provided by experts and on the authors’ own work in the field.

Language: English
Full text
DOI
Text on another site
Keywords: Кавказсоциолингвистикаlinguisticssociolinguisticsмногоязычиеlanguages of the Caucasusязыки Кавказаthe Caucasus
Publication based on the results of:
Processes of convergence as a factor of language evolution (2020) 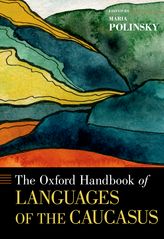