Media and Information Literacy and the Culture of Open Government: A Common Genesis 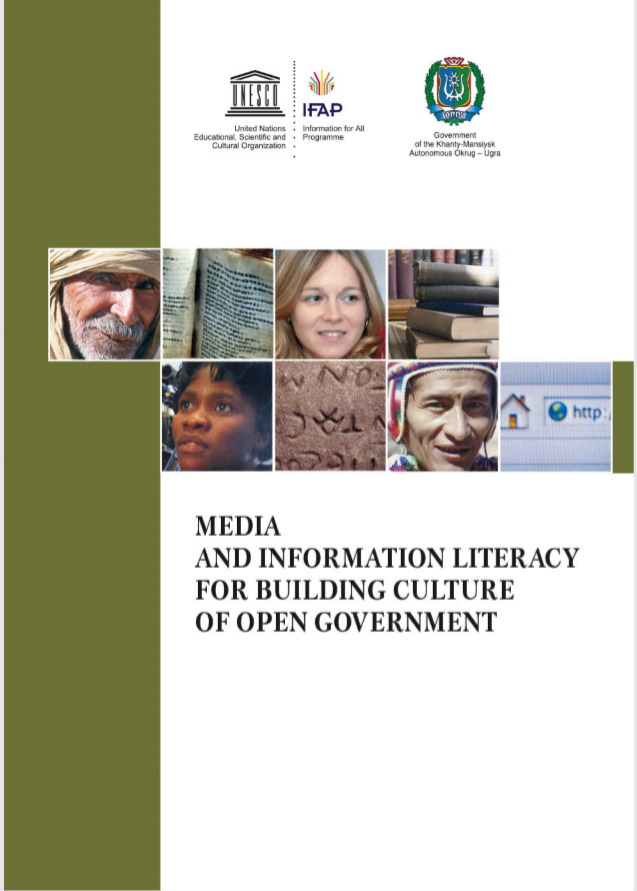 Энциклопедия мировой индустрии СМИ
Вартанова Е. Л. М.: Аспект Пресс, 2013.
Историки вне стен академии: анализ представлений на основе интервью
З.С. Гатина, И.М. Савельева Гуманитарные исследования. WP6. Высшая школа экономики, 2014. № 05.
The article traces the perceptions of public history among Russian historians. Having analyzed the interviews with key Russian historians the authors try to determine how the academic historians understand the phenomena of public history and in what forms scholars support it. The authors’ aim is to find out whether academic historians consider public activity as a part of their profession or not. On the one hand the paper analyzes the mechanisms of the public presentations; on the other hand it deals with the reflection on the peculiarities of the argumentation system and communication language.
E-Government in Russia: Strategies of Formation and Development
Styrin E. M., Hohlov Y. E. In bk.: Global Strategy and Practice of E-Governance: Examples from Around the World. Hershey: IGI Publishing, 2011. P. 286-303.

“Public History” as a Vocation
Savelieva I. M. Humanities. HUM. Basic Research Programme, 2013. No. WP BRP 34/HUM/2013.
The paper analyzes the contents and objectives of ‘public history’, the relationship between scholarly and popular knowledge, conventions governing the representation of the past outside the academic context, and the transfer of scholarly knowledge from academic to media environment. The article is divided into sections titled What? Who? When? Why? What for? and How? These lapidary subtitles reflect the fact that very little has been written about public history yet, and a preliminary review of the field is necessary. First of all, we need to determine what kind of new historical work it is, and to draw several distinctions between different types of historians who engage in professional and/or public history. Public history is treated as a specific type of historical judgment and historical practice, thus the analysis of ‘public history’ cover cognitive aspects as well as social ones.
Социальная традиция российской модели коммуникаций
Кирия И. В. Вестник Московского университета. Серия 10: Журналистика. 2010. № 1. С. 51-74.

Проблемы российской экономической журналистики
Казун А. Д., Байтимерова С. И., Богомазова Л. В. и др. Медиаальманах. 2018. Т. 88. № 5. С. 82-91.
Public sector e-innovations. E-government and its impact on corruption
Proskuryakova L. N., Abdrakhmanova G., Pitlik H. Science, Technology and Innovation. WP BRP. Высшая школа экономики, 2013. No. 04/STI/2013.
The paper aims at assessing indicators and individual elements of e-government of selected countries in 2009-2010, and the interrelation of e-government with corruption in the public sector. The authors explore possible causal and dependency relations of the established interlink between e-government and public sector corruption. Although it is universally acknowledged that corruption is an evil, there is much debate over which determinants of corruption are important. Using econometric analysis for sizeable country samples the authors verified the closeness of interrelation between e-government indicators and ICT Development Index indicators, such as online services quality and ICT usage, on one hand, and the level of perceived public sector corruption, on the other hand. The major research papers were analyzed, along with international rankings and databases of international organizations. Based on the analysis recommendations for overcoming international e-government measurement constraints are put forward, as well as suggestions for future studies of the topic.