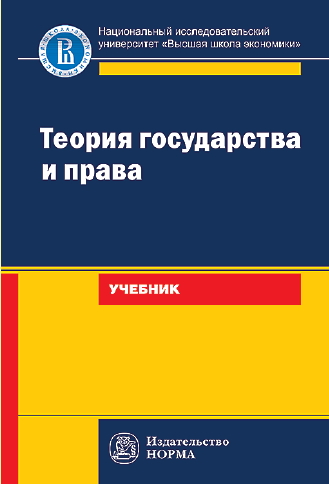 Socialni normativy a socialni planovani
Shkaratan O. I. Prague: Prace, 1986.
Правовое регулирование минимальной оплаты труда
Орловский Ю. П., Кузнецов Д. Л., Черняева Д. В. Проблемы рынка труда. WP3. Высшая школа экономики, 2013. № WP3/2013/09.
This research is aimed at analyzing the prospects of the Russian minimum wage legislation reform from an international legislative perspective. Authors study historical aspects of conceptual development in the field worldwide, examine the “minimum wage” concept definitions suggested in international treaties and legislative sources of various countries from a comparative viewpoint, suggest a methodology of the minimum wage setting procedures and systemize relevant mechanisms of enforcement. A policy of abstention from the minimum wage setting on the national level has also been studied and the compensatory instruments have been singled out and described. On the basis of the results of this research major trends in the minimum wage regulations in contemporary world have been outlined. A study of the pressing problems of the minimum wage legal regulation in the Russian Federation and of the suggestions for its further development are given in a separate section of this paper.
Regulatory Reforms Implementation and Compliance. Baden-Baden : Nomos, 2014.
Mazaev V. D. Baden-Baden: Nomos, 2014.

In the collection of published articles and materials of the participants 10 Congress of the International Association of experts on legislative developments. Presented scientific and practical perspectives on modern legislative process, perspectives and methods of its improvement

In this article, the correlation and interaction of organisational and corporate culture are discussed within the framework of a socio-cultural approach regarding the management of employees within developer organisations. The phenomenon of corporate culture is analysed in the context of the system of values and the directives conditioning the attitude of the personnel to the values of the company. The authors analyses the phenomenon of escaping corporate culture as one of the effects of value pressure on the employees. This value pressure comes from organisations introducing the personnel to a rigid system of value-rich requirements.

THE SOCIAL HISTORY OF LAW AS A FACTOR OF THE RULE OF LAW
Fogelson Y. B., Poldnikov D. Law. LAW. Высшая школа экономики, 2021. No. WP BRP 98/LAW/2021.
The rule of law, understood as ideology and legal rules, is believed to be a competitive advantage of Western civilization, supporting its sustainable development. Yet it can also be viewed as a social norm of citizens who respect the law and follow its commands. How does this social norm emerge in different societies?  This question must be answered through the social history of the law in Western and non-Western societies from a comparative perspective. This paper outlines the main features of comparative socio-legal history and tests it on some significant historical examples. In the first part of the article, the authors propose a functional classification of legal systems into three ideal Weberian types—the law of judges, learned law, and the law of the authorities. It allows us to consider the origin of the social norm of the rule of law. In the second part of the article, the authors trace the transition from the ideal types to natural legal systems and identify the factors that determine the stability of the social norm of the rule of law where it originated. In the final part of the article, the authors conclude that, first, the social norm of the rule of law emerged in the societies where the law had been treated either as a means of resolving disputes (the law of judges) or as the rules of fair, correct conduct (learned law), for example, the Roman Republic, medieval England, continental Europe, and the Ottoman Empire. Secondly, the stability of the social norm of the rule of law seems to be explained by a "triangle" of factors, namely: 1) political competition where all participants understand the inevitability of compromise on the basis of the law, 2) law which is suitable for finding a compromise due to its internal merits, 3) a professional community of jurists who develop and apply law independently of the administration. Such a triangle is possible in any society where the law of judges or learned law prevails and where the majority of participants in the political process are ready to compromise based on the current law.
Social Norms in Networks
Ущев Ф. А., Zenou Y. Centre for Economic Policy Research Discussion Paper Series. ISSN 0265-8003. Centre for Economic Policy Research, 2018. № DP13250.
Although the linear-in-means model is the workhorse model in empirical work on peer effects, its theoretical properties are understudied. In this paper, we investigate how social norms affect individual effort, aggregate effort, and welfare. While individual productivity always positively affects own effort and utility, we show that taste for conformity has an ambiguous effect on individual outcomes and depends on whether an individual is above or below her own social norm. Equilibria are usually inefficient and, to restore the first best, the planner subsidizes (taxes) agents whose neighbors make efforts above (below) the social norms in equilibrium. Thus, provision of more subsidies to more central agents is not necessarily efficient.
Правовое регулирование особо охраняемых природных территорий в России и Беларуси
Позднякова Е. А. В кн.: Практика, проблемы и перспективы особо охраняемых природных территорий Республики Беларусь и Российской Федерации. Мн.: Центр системного анализа и стратегических исследований НАН Беларуси, 2012. С. 313-335.
Заработная плата в повышенном размере
Петров А. Я. Кадровик. Кадровое делопроизводство. 2011. № 7. С. 34.