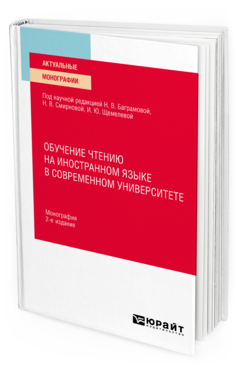 Обучение чтению на иностранном языке в современном университете : монография
Edited by: Н. Баграмова, Н. В. Смирнова, И. Ю. Щемелева М.: Юрайт, 2020.
Similar publications
Service nepotism in the multiethnic marketplace: Mentalities and motivations
Sarpong D., Maclean M. International Marketing Review. 2015. Vol. 32. No. 2. P. 160-180.
Purpose   – The purpose of this paper is to emphasize the multi-ethnic marketplace as the site of the emergence of service nepotism: the practice where employees bestow relational benefits and/or gifts on customers on the basis that they share a perceived common socio-collective identity. The authors draw on the contemporary turn to practice in social theory to explore why ethnic employees may engage in service nepotism even when they are aware that it contravenes organizational policy.   Design/methodology/approach   – Given the paucity of empirical research which investigates the multi-ethnic marketplace as a locus for the emergence of service nepotism, the authors adopted an exploratory qualitative research approach to advance insight into service nepotism. The study benefits from its empirical focus on West African migrants in the UK who represent a distinct minority group living in urban areas of the developed world. Data for the study were collected over a six-month period, utilizing semi-structured interviews as the primary method of data collection.   Findings   – The research highlights the occurrence and complexities of service nepotism in the multi-ethnic marketplace, and identifies four distinct activities (marginal revolution, reciprocal altruism, pandering for recognition, and horizontal comradeship), that motivate ethnic employees to engage in service nepotism, despite their awareness that this conflicts with organizational policy.   Research limitations/implications   – By virtue of the chosen theoretical lens, the authors were unable to demonstrate how service nepotism could be observed outside spoken language. Also, care should be taken in generalizing the findings from this study given the particularities of the sub-group involved. For example, since the study is based on a small sample of first generation migrants, the findings may not hold true for their offspring, whose socialization and marketplace experiences may be qualitatively different from those of their parents.   Practical implications   – Service nepotism challenges fundamental western egalitarian ideals in the multi-ethnic marketplace. Organizations may wish to develop strategies to placate observers’ concerns of creeping favouritism in a supposedly equitable marketplace. The research could also serve as a starting point for managers objectively to assess the likely impact of service nepotism on the organizing value systems and competitiveness. In particular, the authors suggest that international marketing managers would do well to look beneath the surface to see what is really going on in international marketplaces, since ostensible experiences of marketplace consumption may not always reflect underlying reality.   Originality/value   – By using service nepotism as an analytical category to explore the marketplace experiences of ethnic service employees living and working in industrialized societies, the research shows that the practice of service nepotism, whilst taken for granted, can have far-reaching impact on individuals, observers, and service organizations in an increasingly highly differentiated multi-ethnic society.
Методология комплексного инновационного анализа социально-экономических реформ
Каменев И. Г. Креативная экономика. 2017. Т. 11. № 3. С. 363-378.

The article describes theoretical and methodological issues of the research and planning of social (social-economic) reforms. The object of the study is the social-economic reform. The subject of the research includes social practices and social mechanisms (aims of the change), the content of innovation changes (which can be observed in the field of the reform) and the resistance in relation to them, institutional preconditions of that resistance and some ways of overcoming it. The complex management approach of social-economic reforms was suggested in the course of theoretical analysis of the achievements in spheres of innovation theory, sociology, management, labour economics and institutional economics with the use of the systematic and comparative methods. In response to that approach is proposed the management model of social innovations of the state, organizations and institutional market subjects, including their functions, the content and the results of this process. The conditions of successful implementation of social-economic reforms are created on the ground of the marked stages.

While reading literacy in Russian 10-year-old schoolchildren was exceptionally high in the PIRLS assessment, reading literacy of 15-year-old students as measured by PISA stayed low. To elucidate this controversy, we developed the“Push–Pull”diagnostic method combining PIRLS and PISA approaches. This new tool compares reading literacy across at leastfive years of schooling. With Push–Pull, we assessed grades 4, 6 and 9 (3110 students) and demonstrated that two years of study in Russian middle school (grades 5 and 6) failed to pro-mote students' ability to comprehend informational texts, bringing modest improvement overfive years of schooling. By measuring and monitoring the dynamics of reading literacy, Push–Pull spots the dead ends of Russian educational approach to reading and comprehension of informational texts in 10–15-year-old readers.