The paper looks at the question of relationship between the Russian Federation and the Republic of Korea. Notwithstanding the explicitly and commonly shared aim of establishing and maintaining peace on the Korean Peninsula and in the broader North-East Asia region, Russian and Korean public perceptions of each other’s foreign policies result remarkably altered. As results of the recent joint research project (2016) by the Russian Public Opinion Research Center (WCIOM) and the Hankuk University demonstrate, over 40 % of Koreans think that Russia would take the DPRK side in case of a military conflict on the peninsula, while almost 60% of the Russian public think that Russia will act as a neutral mediator to resolve the conflict. Both the Russian and the Korean public admit that bilateral relations are strongly conditioned by the remaining stereotypes and policy fluctuations. 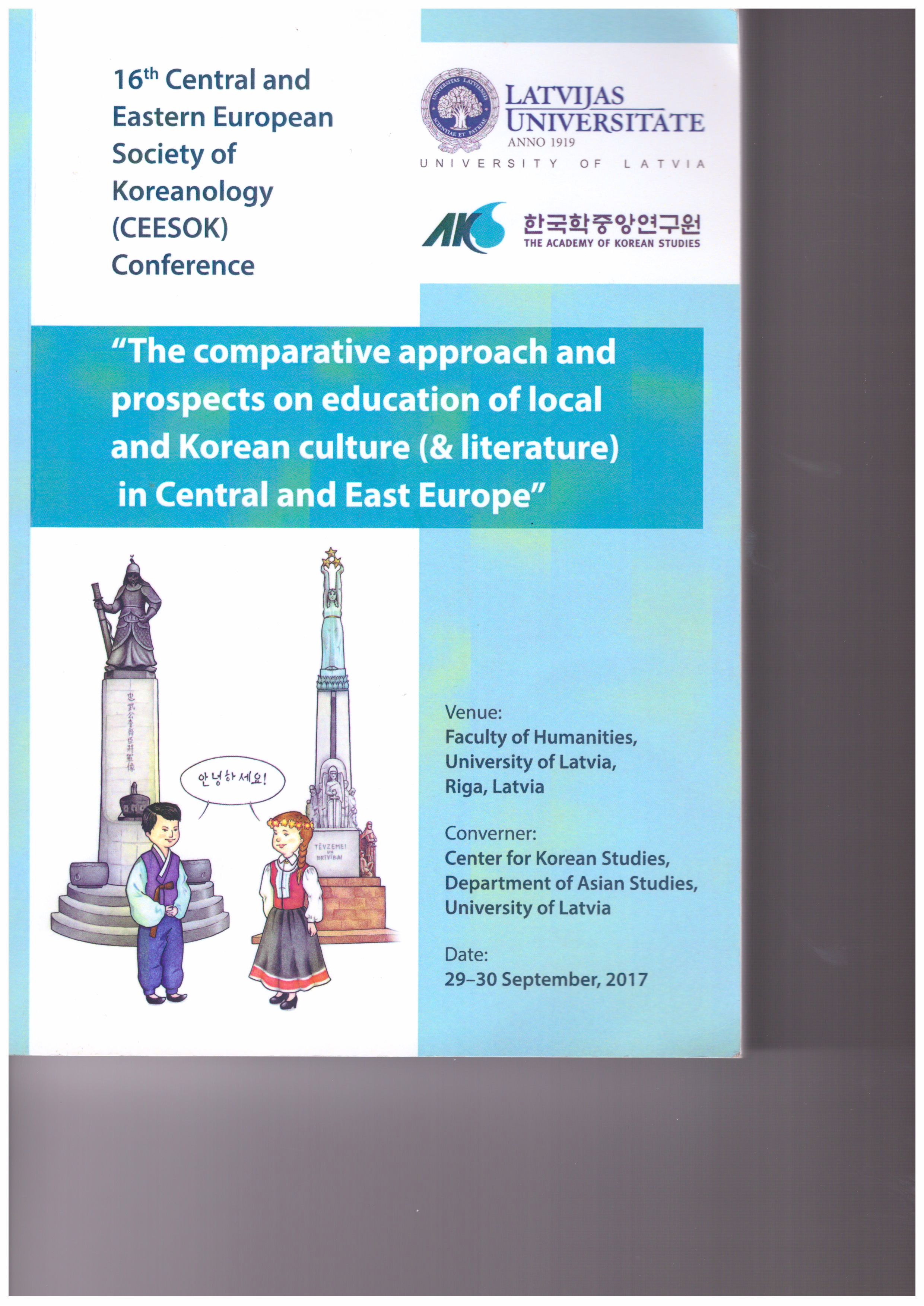 The Comparative Approach and Prospects on Education of Local and Korean Culture (and literature) in Central and East Europe
Edited by: G. Choi. Riga: University of Latvia Press, 2017.
Similar publications
Россия в глобальном мире. Сборник научных трудов 10-й Всероссийской научно-теоретической конференции
СПб.: Издательство Политехнического университета, 2012.
The Legitimacy of the Bolshevik Order, 1917-1918: Language Usage in Revolutionary Russian Law
Borisova T. Y. Law. LAW. Высшая школа экономики, 2012. No. 05.
The article describes and analyzes the legislative politics of revolutionary regimes in Russia in 1917-1918. The author aims to demonstrate the political meaning of the form of early Soviet legislation and its legitimizing effect. The revolutionary legislators often used specific language in the new laws as a vehicle of legitimacy, i.e. to make the people comply. The two main types of legal language used by the Bolsheviks can be interpreted from the perspective of different types of legitimacy. The revolutionary strategy used propagandistic legislation, written in the language of lay people, which urged them to act according to the new law. It can be seen as a request for acts of the people to legitimize the soviets. On the contrary, the traditional strategy employed old bureaucratic means of writing and distributing legislation to the local soviets. The language used by this strategy was closed to the understanding of a lay audience and implied traditions of obeying the law written in familiar legal language, which in turn implied rational/legal legitimacy. The second strategy had already become dominant after the first months of the Bolshevik revolution. This observation demonstrates that from the very beginning of their rule, Soviet leaders approached legislative policy from a technocratic point of view, which determined the further development of Soviet legal theory and practice.
The Capitalist Personality: Face-to-Face Sociality and Economic Change in the Post-Communist World
Swader C. S. NY: Routledge, 2013.