This study examines the development of Russian anti-extremist legislation with the purpose to identify the extent to which it correlates with the legal standards of the Council of Europe (CoE) on the right to freedom of expression. Apart from Russian national legislation, the article also considers judicial visions of extremism – for the first time in the field. The analysis goes beyond the issue of compliance and non-compliance and shows the fundamental differences of Russian and CoE legal visions of the issue. It is suggested that the differences have considerably increased over the last few years which is mainly explained by the shift of priorities of the Russian political establishment, rather than by pressing social needs. It is concluded that the Russian concept of extremism has the worrying potential for further expansion both in Russia and beyond it, including in what we call “alternative” international law. 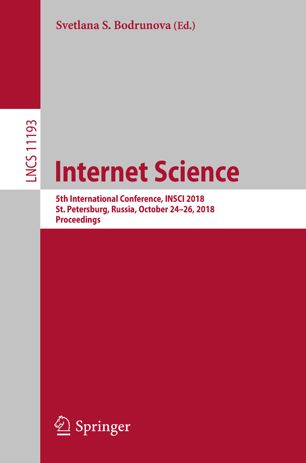 World Politics and Support for Terrorism within Muslim Populations: Evidence from Muslim Countries and Western Europe
Zhirkov K., Verkuyten M., Weesie J. Sociology. SOC. Высшая школа экономики, 2012. No. 08.
Focusing on the Muslim populations in five Muslim-majority countries and four Western European countries, we examine the levels of support for suicide bombings and other forms of violence. We found that support for terrorism among Muslims is present but the percentage of radicals is quite low. In both samples, support for terrorism is stronger among those who see democracy as a solely Western political system. This pattern of association is similar across the Western European countries, whereas the association varies considerably across the Muslim countries. The perceived economic dominance of the West is related to more support for terrorism among Muslims in Europe. In the Muslim countries, blaming the West for negative international relations is associated with greater support for terrorism. We suggest that improvement of the relationships between the West and the Muslim world can reduce support for terrorism and prevent radicalization within Muslim societies.
Россия в глобальном мире. Сборник научных трудов 10-й Всероссийской научно-теоретической конференции
СПб.: Издательство Политехнического университета, 2012.
Ислам, экстремизм и уголовная политика
Клейменов И. М., Сейбол Е. М. В кн.: Актуальные проблемы уголовной и уголовно-правовой политики Российской Федерации: материалы международной научно-практической конференции (Омск, 23 марта 2012 г.). Омск: Омский юридический институт, 2012. С. 14-24.
Free Speech and Society
Peter Lang, 2016.
Yearbook-13: The OSCE Representative on Freedom of the Media
Wien: The OSCE Representative on Freedom of the Media, 2012.

Coverage of Three Tragedies in the Russian Media: Application of the Network Agenda Model
Kazun A. D., Kazun A. Political Science. PS. Высшая школа экономики, 2017. No. WP BRP 48/PS/2017.
December 19, 2016, saw three tragedies simultaneously, that could not go unnoticed by the Russian media: dozens of people died as a result of a surrogate alcohol poisoning in Irkutsk, a Russian ambassador was killed in Turkey, and a terrorist attack took place at the Christmas market in Berlin. In this article using the network agenda theory we analyze how these tragedies were covered by various types of mass media: on 11 federal TV channels, in 1,974 print newspapers, in 34,905 online newspapers and 2,574 blogs. We believe that direct and indirect control of the agenda by the state can be exercised by creating a network of events that will canalize correctly discussions about tragedies. We showed that ties between the tragedy and a network of other acute issues are more important than objective circumstances, such as the number of victims or a geography of the event. The context in which the events were looked at led to greater attention to the killing of the ambassador and less attention to surrogate alcohol poisoning. The Russian mass media paid significantly less attention to the Berlin terror attack, it yet was used as a supplement to the demonstration of importance of the fight against terrorism.
A European Perspective on Privacy and Mass Surveillance at the Crossroads
Rusinova V. Basic research program. WP BRP. National Research University Higher School of Economics, 2019. No. 87.
This article concentrates on two recent judgments issued by the European Court of Human Rights (ECHR) Chambers, on Centrum för Rättvisa v. Sweden and Big Brother Watch and Others v. the United Kingdom, which expressly acknowledged that mass surveillance per se does not violate the Convention on the Protection of Human Rights and Fundamental Freedoms. These judgments have been recently referred to the Grand Chamber, thus giving hope that the approach taken in respect of the launch of mass interception of communications and metadata has a chance to be revisited.  The author reveals whether this approach follows from the jurisprudence of the ECHR, how plausible the argumentation of this court is and how legalization for the bulk interception of data relates to the stance taken by the ECJ, which until that time was dealing with questions of the protection of the right to respect for private life and personal data using the general paths initially paved by the ECHR. The article discloses what precise content in terms of the protection of right to respect for private life lies behind the main findings on the compatibility of bulk interception per se with the Convention on the Protection of Human Rights and Fundamental Freedoms, namely, in which part this court has refused to examine the measures undertaken by states in compliance with Article 8 and in which parts it has strengthened (or relaxed) already inferred criteria. Finally, taking into account the current position of the ECHR at this crossroads, the article dwells on causes that influenced the decisions of its Chambers.
Проблемы российской экономической журналистики
Казун А. Д., Байтимерова С. И., Богомазова Л. В. и др. Медиаальманах. 2018. Т. 88. № 5. С. 82-91.