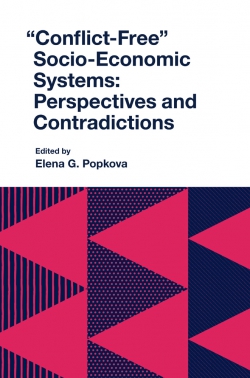 The subject matter of the article lies between public law and economics. The article contains sources of legal regulation in state corporations, ways of their forming, jurisdiction, priorities and results of its activities achieved in western democracies. The author stresses the dependence of effectiveness of this public law institute on checks and balances as well as individual responsibility, responsibility for doings and refraining from doing by authorities, reputation of officials.

Given the specificity of Russia can be said that the development potential microgrid very high, but the level of its use will depend on the model for the energy sector development. In this article the basic model for this development, given their estimate with the benefits and risks. The results of the pilot study, the authors of the effectiveness of model projects microgrid in Far Eastern Federal District (FEFD).

Total branding: мифодизайн постинформационного общества. Бренды и их роль в современном бизнесе и культуре
Тульчинский Г. Л. СПб.: Санкт-Петербургский государственный университет, 2013.
Institutional Factors of Government Efficiency: Cross-Country Comparative Analysis
Gasparyan O. T. Political Science. PS. Высшая школа экономики, 2014
Government efficiency is one of many fuzzy terms in contemporary political science. Due to its multidimensionality, it is not well-defined and, therefore, hard to identify. The idea of the current research is to create an index of government efficiency using data envelopment analysis. Using a sample of 127 countries for the period of 2009-2011 we then mark out the significant institutional factors that could impact government efficiency. Moreover, this study supports the initial hypothesis about the predominance of political factors in the efficiency increase.
Towards FET Concept: Pathway to Evaluation of Foresight Effectiveness, Efficiency and Validity
Afanasyev M., Cervantes M., Meissner D. Science, Technology and Innovation. WP BRP. Высшая школа экономики, 2014. No. 31/STI/2014.
The increasing diversity and interdisciplinary nature of science and technology in a globalised  world are exerting mounting pressure on national research and innovation locations to develop  clear profiles. Among many instruments to meet this challenge is the systematic analysis and  continual monitoring of scientific, societal and technological trends – often done using Foresight.  Foresight is expected to provide a reliable basis for the future structuring and profiling of the  national research and innovation landscape. Foresight is a complex process which is also  reflected in the discussion of the effectiveness, efficiency and validity of Foresight.    In the recent years various aspects of Foresight evaluation have seen researchers’ attention across  different national and corporate schools of Foresight. Ranging from Foresight exercises’ impact  assessment (measuring effectiveness and efficiency of Foresight – summative evaluation) to  results verification (validation, windtunelling / wind tunnel testing of Foresight – normative  evaluation), separate approaches to the problem at hand exist. However, academic and  professional literature on the specific topic is rare, as a problem of openness of methodologies  also exists. Aside from these factors, there seems to be a consensus that Foresight science is  actively developing and there currently are many gaps in available evaluation methods, which  brings us to looking further into the supposed gaps.   The paper discusses in depth the effectiveness and efficiency in the light of Foresight and the  meaning of both for the validity of Foresight.