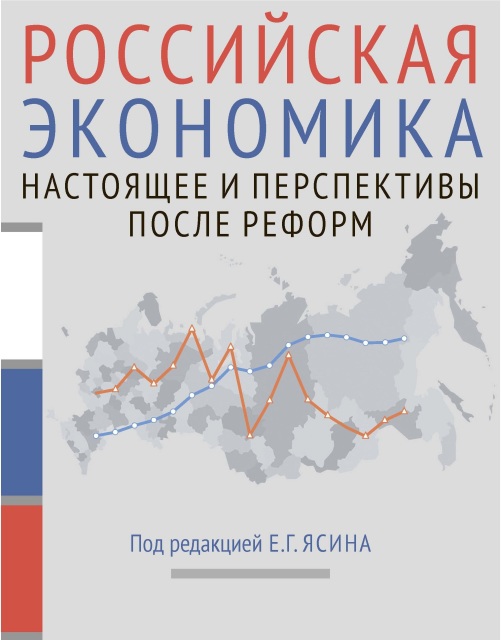 Российская экономика: настоящее и перспективы после реформ. Курс лекций
М.: Издательский дом НИУ ВШЭ, 2019.
Similar publications
The Effectiveness Of Different Trading Strategies For Price-Takers
Egorova L. G. Financial Economics. FE. Высшая школа экономики, 2014. No. WP BRP 29/FE/2014 .
Simulation models of the stock exchange are developed to explore the dependence between a trader’s ability to predict future price movements and her wealth and probability of bankruptcy, to analyze the consequences of margin trading with different leverage rates and to compare different investment strategies for small traders. We show that in the absence of margin trading the rate of successful predictions should be slightly higher than 50% to guarantee with high probability that the final wealth is greater than the initial and to assure very little probability of bankruptcy, and such a small value explains why so many people try to trade on the stock exchange. However if trader uses margin trading, this rate should be much higher and high rate leads to the risk of excessive losses.
Институциональные инвесторы в мире: особенности деятельности и политика развития: в 2 кн.
Абрамов А. Е. Издательский дом «Дело» РАНХиГС, 2014.

The work contains diagnosing оf the problems in the Russian domestic savings; detailed analysis of 27 foreign pension systems in the world and instruments of development policy in collective investments in the United States, the European Union and the BRICS countries; quantitative study of factors affecting the level of development of pension funds and collective investments in 50 countries.

The article deals with longevity risk, which is faced by non-state pension funds, and possible methods of its management. Longevity risk arises from uncertainty in future mortality trends and is related with the guaranteed lifelong pension payments. The emphasis is put on the impact of this risk on solvency of non-state pension funds. Results of the estimation show, that the effect is quite significant and longevity risk has to be controlled. Two possible methods of risk management for longevity risk are discussed: special reserves and life expectancy forecasting.

Two approaches to modeling the interaction of small and medium price-taking traders with a stock exchange by mathematical programming techniques
Belenky A., Egorova L. G. Математические методы анализа решений в экономике, бизнесе и политике. WP7. Издательский дом ВШЭ, 2016. No. 02.
The paper presents two new approaches to modeling the interaction of small and medium price-taking traders with a stock exchange. In the framework of these approaches, the traders can form and manage their portfolios of financial instruments traded on a stock exchange with the use of linear, integer, and mixed programming techniques. Unlike previous authors’ publications on the subject, besides standard securities, the present publication considers derivative financial instruments such as futures and options contracts. When a trader can treat price changes for each financial instrument of her interest as those of a random variable with a known (for instance, a uniform) probability distribution, finding an optimal composition of her portfolio turns out to be reducible to solving an integer programming problem. When the trader possesses no particular information on the probability distribution of the above-mentioned random variable for financial instruments of her interest but can estimate the areas to which the prices of groups of financial instruments are likely to belong, a game-theoretic approach to modeling her interaction with the stock exchange is proposed. In antagonistic games modeling the interaction in this case, finding the exact value of the global maximin describing the trader’s guaranteed financial result in playing against the stock exchange, along with the vectors at which this value is attained, is reducible to solving a mixed programming problem. Finding the value of an upper bound for this maximin (and the vectors at which this upper bound is attained) is reducible to finding a saddle point in an auxiliary antagonistic game on disjoint polyhedra, which can be done by solving linear programming problems forming a dual pair.
Практические вопросы взаимодействия негосударственных пенсионных фондов и коммерческих банков в части исполнения условий депозитных договоров по размещению средств пенсионных резервов
Телякова О. В. Финансы и кредит. 2012. № 11(491). С. 68-72.

The article gives the main ways of practical realization of risks, which appear during the process of cooperation between non-state pension funds and commercial banks on the basis of deposit agreements. Methods and mechanisms of prevention and elimination of risks’ realization are aggregated. The article summarizes the important experience that can be useful during the process of developing a non-state pension fund’s investment strategy.

We introduce simulation models of stock exchange to explore which traders are successful and how their strategies influence to their wealth and probability of bankruptcy. The results of our experiments show that there is a critical level of agent’s experience (or luck) such that agents with this or higher level almost sure will survive on the market on the long run. This critical level is just slightly higher 1/2 and such small value explains why so many people try to trade on the stock exchange. But if trader uses margin trading, the critical level is much higher and shows the risk of excessive losses.

The author analyzes the most widely applied risk management standards in Russia, emphasizing the lack of a clear system for operational risk management. Reviewing the challenges emerging on European markets due to the introduction of the Solvency II directive, he suggests approaches to the solution of possible problems for Russian insurers.

The article examines the experience of China's investment policy aimed at creating favorable conditions to attract investment, particularly foreign direct investments, to the most important country's industries. In recent years, this policy (the establishment of free economic zones, trade liberalization, the establishment of an appropriate legislative framework, state support for investors) has brought noticeable positive results, but with the beginning of the global financial crisis allowed to avoid the most painful consequences. This experience taking into account all its particularities can be useful for our economy.

Computer simulation of equilibrium prices for the stock exchange

Распознавание биржевых процессов как пуассоновского потока событий двух типов: модели с поощрением и обучением
Egorova L. G. Математические методы анализа решений в экономике, бизнесе и политике. WP7. Высшая школа экономики, 2011. No. 02.
The behavior on a stock exchange can be represented as a reaction to the flow of events of two types entering the financial market – “regular” events and “crises”. Broker’s wealth depends on how successfully she identifies which event – crisis or not – occurs at the moment. It was shown in [1] that successful identification of the ‘regular’ events a little more than in half of the cases allows the player to have a nonnegative average gain. We expand the model in [1] by introducing the possibility of a player to learn on her behavior and to receive the award for the “correct” behavior. It turns out that the ability to analyze actions and learn from them sometimes allows the player successfully identify regular events even less than in half of the cases to obtain a nonnegative expected payoff.