The role of the governments in the development and operation of universities in the emerging countries is being significantly transformed by the global agenda. There are a lot of evidences that governments’ aimed at the establishment of the world-class universities increase their interference in higher education systems and even in the operation of particular institutions. Governments set tasks for universities related to the accelerated increase of their global competitiveness by launching so-called excellence-initiatives in higher education. Consequently, the matter of the changing autonomy of the higher education institutions participating in excellence initiatives arises. 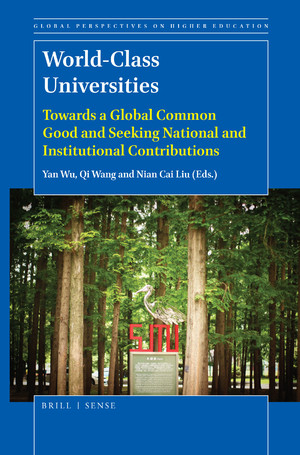 Doctoral education has experienced dramatic changes all over the world in the last three decades. Currently, Russia is at the beginning of a doctoral education transformation to structured programs according to needs of knowledge-based economies. This paper aims to identify national-level barriers to PhD completion in Russian doctoral education. The data from the empirical study in highly selective Russian universities that participate in a special government program were employed. About 40% of all doctoral students participated in the Russian Federation study at these universities. The following problems were revealed and discussed in the research: (1) problems of transition to a structured model of doctoral education, (2) diffusion of doctoral education’s goals, (3) unpreparedness of Russian universities for the massive expansion of PhD education, (4) ineffective mechanisms of doctoral student selection, (5) a lack of funding and a need for doctoral students to have paid work, (6) excessive dependence on supervisors and (7) insufficient study time and skills for meeting the requirement for publications before the date of defence. Some problems correlate with the global challenges, but some are unique to the Russian institutional context. The relevance of the Russian case to understanding the worldwide transformation of the doctorate is discussed.

This chapter explores horizontal diversity in higher education in the context of high participation systems (HPS), focusing on differences in institutional mission, form and type, and internal diversity within institutions. The chapter starts with an analysis of scholarly approaches to diversity. The dominance of the market diversity perspective (‘deregulate to create more choices’) indicates not its profound relevance to the diversity issue, but the tenacious hold of marketization narratives on the policy imagination. Competition in higher education is mostly associated with less, not more, diversity. The chapter discusses four propositions in relation to diversity in HPS, highlighting decline in the overall diversity of institutional form and mission despite growth in systems, the rise of large multi-purpose institutions as the dominant form, and increased internal institutional diversity. When HPS are rendered more competitive in government-fostered quasi-markets, horizontal distinctions of mission tend to become vertical.

Gender wage inequality in Russian universities
Rudakov V., Prakhov I. Economics/EC. WP BRP. Высшая школа экономики, 2019. No. 208/EC/2019.
For several years, the Russian system of higher education had been undergoing massive transformations related to the enhancement of the global competitiveness of the national academic sector. The introduction of research-oriented universities and the transition to incentive contracts are the main elements of the reform. In this article we show how these institutional changes contribute to reducing the problem of gender inequality in academia. Based on comprehensive data from a Russian faculty survey (MEMO), it is found that there are considerable differences in gender wage inequality by university status: female faculty earn significantly lower salaries in ordinary universities, but there are no gender differences in pay in research-oriented universities, which are most actively transitioning to incentive remuneration schemes. Female faculty experience vertical segregation: women are less likely to achieve senior positions in university hierarchies. We also found indirect evidence of women’s self-selection for lower-paid positions: female faculty are less likely to achieve advanced degrees and to have research publications.  Overall, the study shows that male faculty earns 8.7% higher salaries than female counterparts after controlling for all observable characteristics. Oaxaca decomposition showed that 53% of the gender wage gap can be explained by observable characteristics, while the rest can be attributed to discrimination, self-selection or unobservable factors. In the absence of discrimination, male faculty should earn 10% higher salaries, but due to discrimination and unobservable factors, male faculty, on average, earn 18.7% more. However, the gender wage gap in academia is considerably below the national average: women earned on average around 80% of male salaries in academic sector, while in the whole Russian economy women earned around 70% of men’s wages.
The State as the Driver of Competitiveness in Russian Higher Education: The Case of Project 5-100
Froumin I., Lisyutkin M. In bk.: International Status Anxiety and Higher Education: The Soviet Legacy in China & Russia. Hong Cong: Springer, 2018. Ch. 9. P. 237-257.

The authors analyze excellence initiatives to boost the university sector implemented in the past fifteen years in different countries of the world. On the basis of the international experiences and evaluation of recent reforms of the tertiary education system in Russia the authors come to the conclusion that competitiveness projects of the Russian universities should have the following features: focus on the development of multi-disciplinary centers of excellence and postgraduate programs in leading universities; targeted funding to support promising young researchers; emphasis on internationalization; governance reform.