The concept of race was developed in the European culture of the 19th century for the classification of society in its new, situation without social states. It proved incapable of presenting a picture of society other than in the form of ambiguous narrative constructs. Examples are the racial theories of the Count de Gobineau and Alfred Rosenberg, as well as the literary work of Theophile Gautier, the Goncourt brothers and other writers. 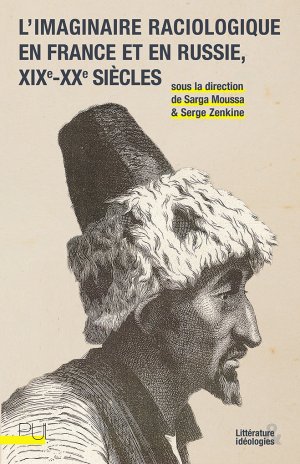 While writing articles about Theophile Gautier, Nikolai Gumilev used a book, written by E. Bergerat, the French poet's son-in-law. Gumilev borrowed interesting facts and quotes and edited the text to create the image of Gautier as a conqueror, full of courage and joie de vivre.

Balzac’s short story “The Unknown Masterpiece” (“Le Chef-d’oeuvre inconnu”) is one of his most commented works. This essay offers a new reading of the story by correlating the narrative structures of the text with the deforming effect these structures produce on the visual artifact (the painting) featured in “The Unknown Masterpiece.” The analysis takes into consideration the dynamic history of Balzac’s “waving” text undergoing changes with every new authorial revision that obscured the important circumstances of the plot and made the central visual image ambiguous. The latter is stratified as it acquires width instead of depth while the figure it represents protrudes from the smooth surface of the canvas. The close reading of Balzac’s text is followed by the survey of French literary works and films that elaborate, after Balzac, on “the masterpiece and the model” plot. The latter include the works by Théophile Gautier, Goncourt brothers, Émile Zola, and Jacques Rivette.