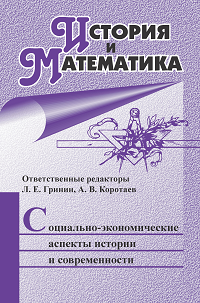 Динамика промышленного производства и экономический цикл в СССР и России, 1861–2012
Смирнов С. В. Количественный анализ в экономике. WP2. Высшая школа экономики, 2012. № WP2/2012/04.
The trajectory of the industrial output of the Russian empire – the USSR – the Russian Federation for more than 150 years has been carefully investigated through official statistics as well as dozens of alternative estimates made by Russian and foreign experts. Calculation of the aggregated “consensus” industrial production index has made it possible to date the cyclical turning points and to measure the depth and length of the main industrial recessions for the last century and a half. The most important causes of all these recessions are described. The cyclical volatility of Russian industry is compared with the cyclical volatility of American industry.
Экспликация «зонтичных брендов» - как способ обнаружения латентных механизмов управления в создании инновационных кластеров
Градосельская Г. В., Просянюк Д. В. В кн.: . С. 416-431.
Реклама в торговле
Хапенков В. Н., Сагинова О. В., Пирогова Ю. К. и др. М.: Издательский центр «Академия», 2010.
Growth and Crises in the Planned and Market Russian Economies (the End of the 1920s-2014)
Smirnov S. V. Количественный анализ в экономике. WP2. Высшая школа экономики, 2015. No. 3.
Russia is a country with a unique history. Its economy became strictly planned in 1928; then the turbulent processes of collectivization and industrialization took place; then the arduous years of the war with Nazi Germany came; then the Cold War with its armaments race started; then the USSR crashed and the transition from planned to market economy began in separated Russia; then the Russian economy was attached to the world economy and the world financial system; then came the period of sanctions and isolation of Russia… It’s reasonable to think that all these processes strongly affected the Russian economic trajectory but it’s not known exactly: a lot of the Soviet statistics (especially for the 1930s-1940s) were never published, and some of the indicators had serious distortions because of improper deflators. Hence, our first aim was to construct statistical time-series which might be useful for describing the long-run trajectory of the Russian economy. Using previously unpublished data stored in Russian archives, we tried to make them as long as possible; in fact, most of them begin in the late 1920s. Our second aim was to denote periods of growth and contraction in the Russian economy and to reveal the economic factors which determined the changes in the trajectory. Periods of contractions during the era of the planned economy were of special interest for us. Even now, many think that economic recessions generated for economic reasons are impossible in the planned economy. We checked this idea against the long-run statistical data for Russia and found that cycling does occur, not only in market, but in planned economies as well (of course, with a significant remark that crises in planned economies are much rarer but possibly more destructive).
Категория `bd/’dm в сабейских надписях из Махрам Билкис
Коротаев А. В. Вопросы истории стран Азии и Африки. 1981. Т. 3. С. 60-82.
Таможенный союз и приграничное сотрудничество Казахстана и России. Доклад №7
Лимонов Л. Э., Батчаев А. Р., Кадочников Д. В. и др. СПб.: Евразийский банк развития, 2012.