Economic Fluctuations and Their Drivers in Russia

In many respects, the historical trajectory of the Russian economy during the Twentieth century has been a terra incognita until now. As for the official statistics, there are at least three important reasons for this. First, many relevant indicators were either not measured, or were kept secret and never published. Second, Russia (as the RSFSR) was a part of the USSR, and statistics for the RSFSR was much less prevalent than for the USSR as a whole (historical changes of the Russian borders also require special consideration). Third, an ideological dogma existed about the absence of inflation in the planned Soviet economy; therefore, all deflators (if any) were underestimated, and all aggregates in constant and/or comparable prices were overestimated (as were the corresponding growth rates). As for the unofficial historical estimates, most of them were focused on the USSR, not on the RSFSR. It’s very risky to use them as a proxy for historical indicators of the Russian Federation.

Hence, our first aim was to construct a statistical time-series that might be useful to describe the long-run trajectory of the Russian (the RSFSR and/or the RF) economy. Using previously unpublished data stored in Russian archives, we tried to extend them back as far as possible; in fact, most of them began in the late 1920s.

Our second aim was to denote periods of growth and contraction in the Russian economy and to reveal the economic factors that caused changes in trajectory. Periods of contractions during the era of the planned economy were of special interest for us. We found that recessions had occurred, not only in the market, but in the planned Russian economy as well (of course, with a significant remark that contractions in the planned economy were much rarer, but evidently more destructive).

Language: English
DOI
Keywords: Russiaeconomic cyclesmacroeconomic fluctuationsHistorical Dynamics
Publication based on the results of:
Scenarios of the Russian economy in the future up to 2034: growth factors and structural changes (2017) 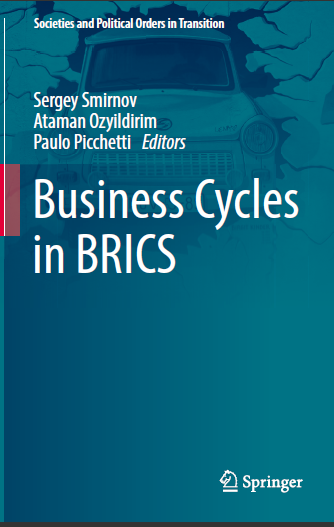