The article deals with the description of a ancient Egyptian magic and healing statue
in the Statue in Medieval Arab Anonymous Akhbār al-zamān (Pseudomasudi / Ibn
Wasif Shah, 10th‑12th cent.). Though the whole story is greatly influenced by folklore
motifs, it is clear that the description refers to Isis lactans, popular iconographic
type of late Greco-Roman time. On one hand, this demonstrates survivability and
importance of Isis’ cult in the Coptic period (the Arab tradition reflects corresponding
Coptic tradition), even in a depersonalized manner (the statue is not denoted by any
name). On the other hand, this statue should be considered together with many
others mentioned in the text; in one words, this can be regarded not only as the
hellenization of Isis’ image in the Graeco-Roman period but also as its subsequent
later arabisation. 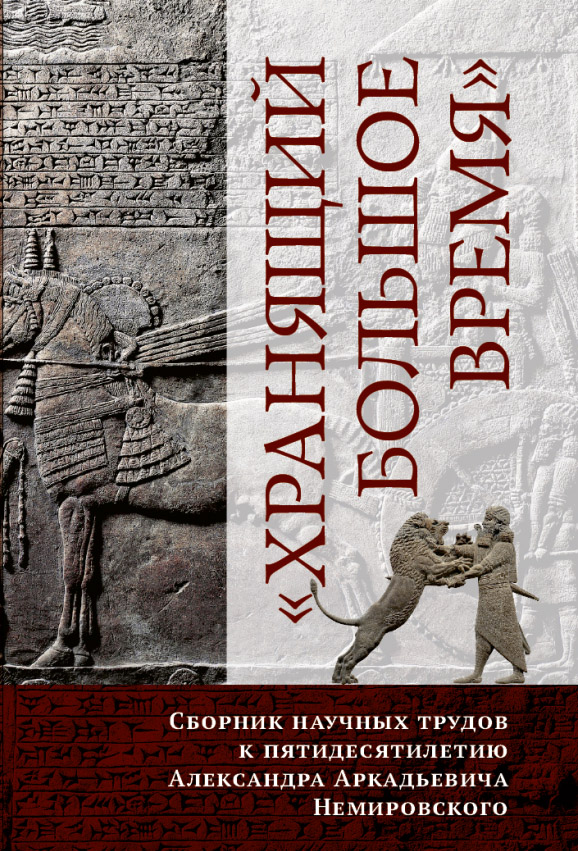 The Tomb of Petosiris at Tuna el-Gebel and its ‘World of Doubles’: An Interpretation of the Monument in the Light of the Egyptian Elite’s Mood of the Early Hellenistic Time.

The article shows that the traditional scenes of defunct’s confronting deities in the chapel of the tomb of the priest Petosiris at Tuna el-Gebel near Hermopolis (late 4th century B.C.) are connected exclusively with the posthumous destiny of Petosiris’ relatives that died before him; the decoration of the pronaos that was dedicated to himself was marked with considerable Hellenization and reproduced the archaic model of the “World of Doubles” typical for private tombs of the Third Millennium B.C. Probably Petosiris urged to achieve the posthumous existence according to this model, independently of gods, as he thought it impossible to contact gods effectively in the early Macedonian time, when, in his ideas, there was no ritual sacral ruler in Egypt.

The article deals with the transmission of the Iranian words in the Late Middle Egyptian text of the Satrap Stela (311 B.C.). The problematic fragment with such word is the story about the domain of the ‘Land-of-Wadjet’, which has once been alienated from the possessions of the Buto temples by a foreign ruler named #SryS. Historically it must be Artaxerxes III during or after his invasion in Egypt in 343 B.C. but the name-form corresponds to the Old Persian Xšayṛšān, i.e. Xerxes. This can be explained by a possibility of not only the name Xerxes being used as a generic for Persian kings, like in some Classical texts (the idea by W. Spiegelberg and P. Briant) but also by the confusion of the two names in their Greek form, due to their common component Ξέρξης/–ξέρξης. Unlike Xerxes’ authentic Egyptian cartouches, the hieroglyphic transcription of the Satrap Stela does not show -yṛ- present in the Persian name but absent in its Greek form. Besides the word “satrap” as a denotation of the Satrap Ptolemy, though transmitting the Iranian *ḫšaθrapāna, appears in the title of a document, which must have undoubtedly been Greek originally (Pdrmyz p(A) xSdrpn ~= Πτολεμαίος ὁ σατράπης). One concludes that the use of initially Iranian words was motivated for the compilers of the text by the Greek, and not Iranian, language practice; this is no surprise due to the short duration of the Persian domination in 343-332 B.C. and to the wide presence of Greek-speakers in Egypt after the Macedonian conquest. However, the hieroglyphic transcription of these words corresponds to their Iranian form known in Egypt since at least the 5th century B.C.: probably, the compilers of the text did not care to invent a brand-new transcription for their Greek forms. The only possible exception is the alleged transcription of the name ‘Arses’ (Wr-siA-z ~=Ὀάρσης < ὁ Ἄρσης): the Greek name-form might have been reproduced here, as the original Persian form remained unknown.

The article deals with an important problem of the world and Russian Egyptology, i.e. with the interpretation of a statement by the Alexandrian scientist of the 4th-5th centuries A.D. Theon on an era “after Menophris” (ἀπὸ Μενόφρεως) allegedly started at the beginning of the “Sothic period” in 1322/1 B.C. The first part of the article analyses the polemic on the identification of the name *Μενόφρις with a specific Ancient Egyptian royal name, with a special attention towards the positions of the Russian Soviet Egyptologists V.V. Struve and O.D. Berlev. The former one forwarded in 1920s was embedded in the world scholarship and contained a number of errors, which remained unnoticed due to a decline of the scholarly criticism at the period. On the contrary, Berlev’s position (1999) was totally original and in fact trail-blazing for the ultimate solution of the problem. The second part of the article proposes a development of Berlev’s position. The epithet “Memphite” (*Mn-nfry) that backed the name *Μενόφρις and was originally applied to Zoser, the inaugurator of the “Sothic calendar”, could be transferred on an image of a great king that reigned in Egypt after the catastrophe of the Amarna time. This king could be considered the founder of the “Memphite time” in Egyptian history, the creator of the “Sothic’ calendar” and respectively the contemporary of the start of a “Sothic period” (Theon’s “Menophris’ era”).