The meaning of ethics and morality is concentrated mostly in enlightenment. Moral enlightenment in its turn is realized by harmonious interaction between both theoretical and practical components of morality and between its individual and social forms. The character traits of these interactions make the distinction between the specificity of moral enlightenment in Europe and Russia. In Europe ethical theory is overshadowed by applied ethics and individual morality by social morality. One of the consequences of these processes is the incorporation of the values of liberty, equality and law in the factual organization of social institutions, which in its own rights becomes a powerful tool of moral enlightenment. It does not lack the problems of its own, such as the lure of enforcing of these social forms on others by means of humanitarian intervention, which threatens to overthrow these very values. Moral enlightenment in Russia is prone with cardinally different problems and goals. The individual morality in Russia still does not find its natural realization in social forms of liberty, equality and rights. This is the cardinal goal and meaning of moral enlightenment in Russia and due to this very reason ethics in Russia cannot simply copy and toe the line of European ethics. 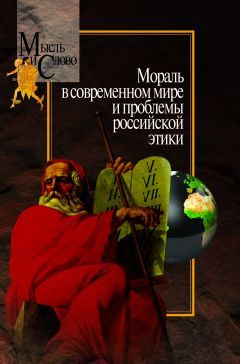