Analysis of Copropagating Electron Beams Interaction in a Smooth Waveguide 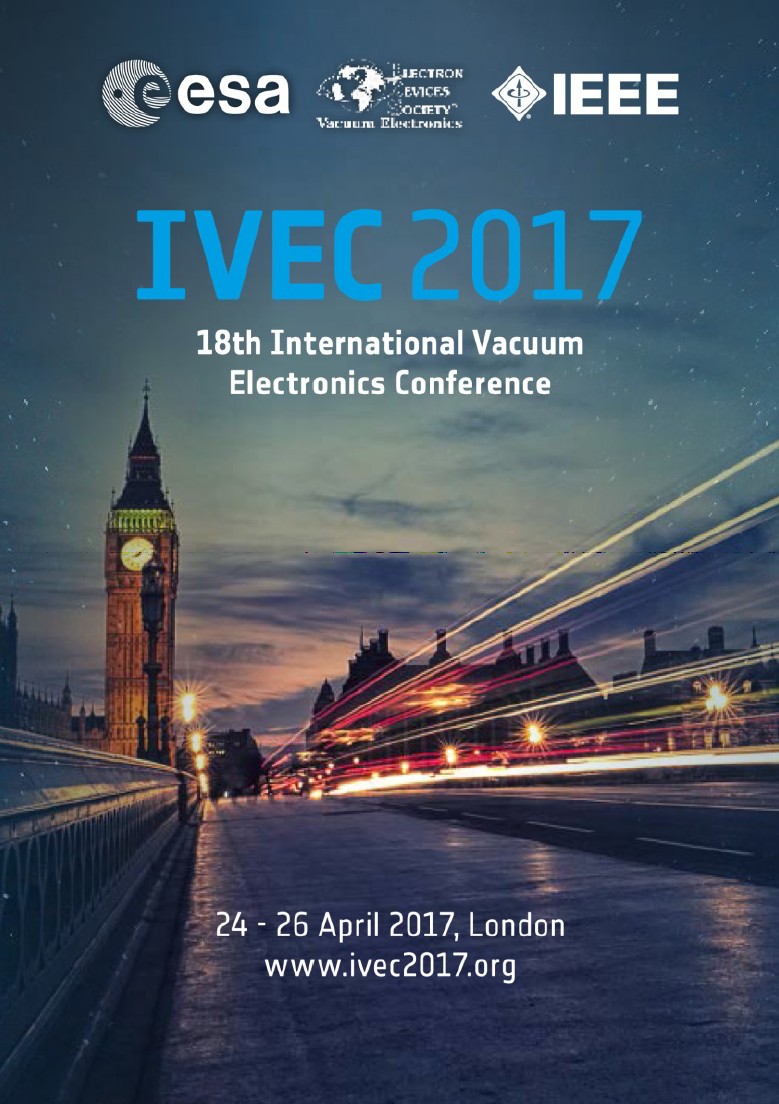 The experimental research results of the basalt cardboard thermal treatment with the microwave electromagnetic energy application are presented in the article. The weight change diagrams of the basalt cardboard samples during the drying process are given. Changes in the temperature behaviour are analyzed on the surface and inside the samples depending on coupling medium. An advice on the drying process parameters improvement is given.

In modeling of resonator slow-wave structures, equivalent systems method was used and collisionless plasma was used as the transit channel filler. Comparison of the results obtained demonstrates the accuracy of the developed model. The dispersion characteristics analysis was conducted.

The results of numerical simulation of electrodynamic characteristics of a slow-wave structure shaped as a folded waveguide and an electron–optical system of a three-millimeter-band pulse travelling wave tube with an output pulsed power of up to 50 W are presented. The matching devices, the interaction space, and the electron–optical system are calculated, which allows determination of their constructive parameters. The effect of loss caused by the roughness of the surfaces of the walls of the electrodynamic system on the output characteristics of the device is estimated.