The Politics of Small Steps: Influence Strategies of Social Sector NGOs in Russia

In many Russian regions, new institutions have been created that are meant to enable the partnership between the legislative, the regional administration and civil society actors. These forms of institutionalized cooperation include permanent roundtables, consultative councils, regional or local grant competitions for social projects and the institutionalized cooperation in externally funded social projects. In addressing social problems, nonprofit organizations have often played a pioneer role and are today more and more accepted as partners of the state, while at the same time facing multiple barriers in terms of their institutional context, organizational development and participation in policy formation. Although regional and local administrations and civil society actors share many concerns about social policy issues, the level of real involvement of NGOs in policy formation in present-day Russia is often described as ineffective and insufficient. The underlying motivation of this paper is to identify the forms and degree of cooperation between governmental and non-governmental actors in addressing social problems and the participation of non-profit actors in shaping policy formation in Russia’s regions. The focus is on the sub-national level, as regional authorities bear the main responsibility for financing and implementing welfare policies. The paper thereby addresses the following question: What are the incentives, barriers and outcomes of nonprofit participation in service delivery and policy formation? 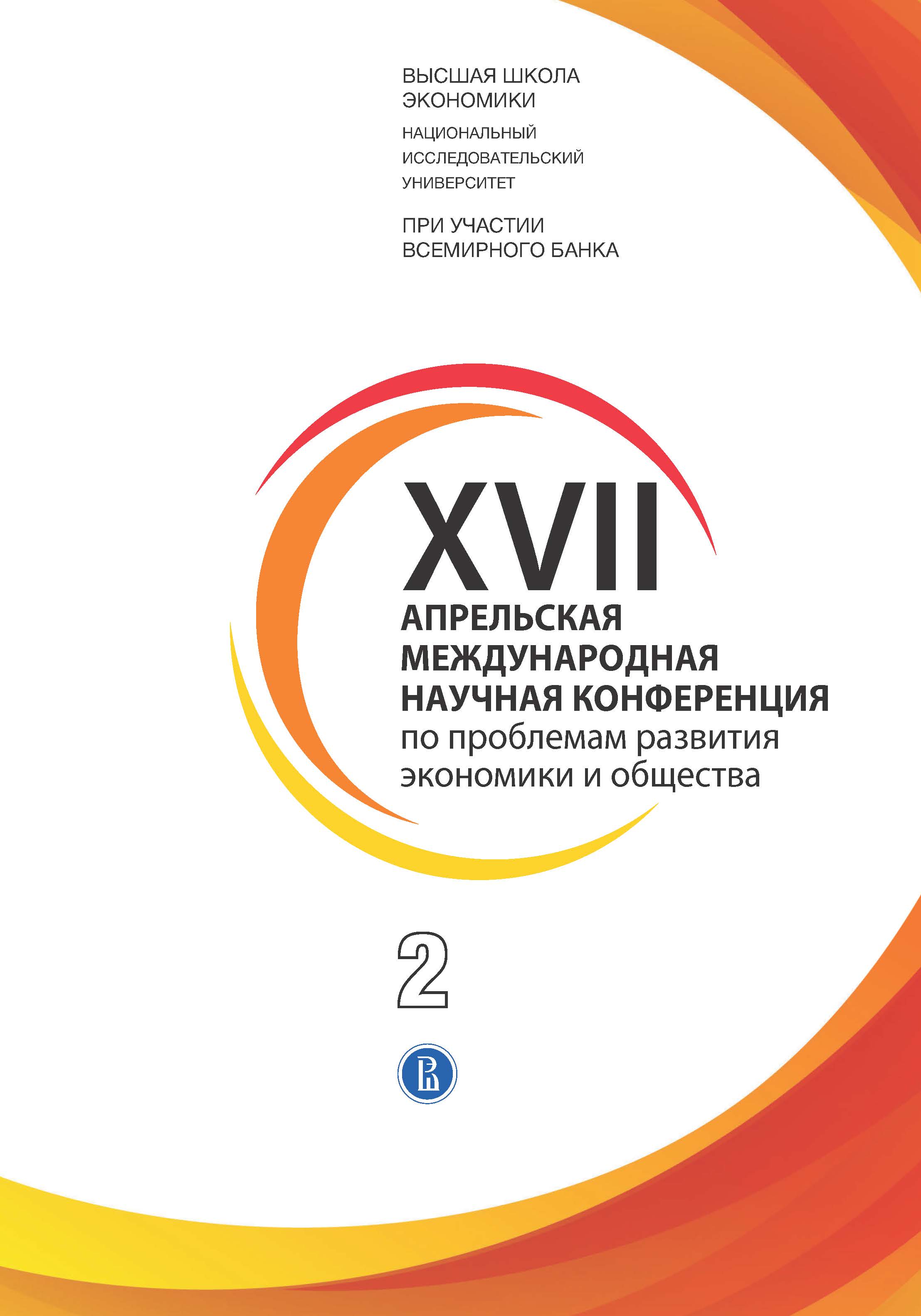 The Emerging Civil Society-State Nexus in Putin’S Russia: A Case Study in Public Health
Vladislav A. Plotnikov. Basic research program. WP BRP. National Research University Higher School of Economics, 2018
As of 2017, the main principles, values and goals of the Russian health care system are still under discussion, but the role of non-profit organisations in this sphere remains poorly defined and little understood, following the introduction of a controversial 2012 law restricting the role of foreign funding of Russian NGOs. We find that the evolution of civil society in Russia has given rise to a unique model of civil-state interaction, characterised as an uneasy union, in pursuit of scarce financial resources, between the most influential NGOs in the health sphere and the public authorities.
Защита прав и свобод человека и гражданина: проблемы организации взаимодействия прокуратуры с другими государственными органами и общественными организациями
СПб.: НОРМА, 2009.
Диверсификация сферы социальных услуг в России: факторы региональных различий
Тарасенко А. В. Серия препринтов Европейского университета в Санкт-Петербурге. Препринт М-58/17. издательство Европейского университета в Санкт-Петербурге, 2017
Outsourcing of Social Service Provisionto NGOs in the Russian Federation
Iarskaia-Smirnova E. R., Cook L. J. UNRISD Working papers. n.a.. United Nations Research Intitute for Social Development, 2018
The paper focuses on a major social policy reform in the Russian Federation that was designed to begin outsourcing of some social service provision from state organizations to Socially-Oriented Non-Governmental Organizations (SONGOs). The key reform legislation, Federal Law 442 (FZ442) “On the Basis of social services for citizens of the Russian Federation,” came into effect in January, 2015. The paper discusses the main goals of the outsourcing reform to:  introduce into Russia’s social sector competition and choice of providers for service recipients by creating an alternative market outside state institutions;  link civil society and the state in ways that could improve communication, feedback and effectiveness of the state’s welfare expenditures;  increase personalization, responsiveness and effectiveness of social services  replace institutionalization of people with disabilities, children without parental supervision, and elderly with services delivered in communities, at home or in semi-institutional settings. In sum, these changes would bring Russian practices closer to international norms of deinstitutionalization, social inclusion, and mainstreaming. Our paper addresses three key questions about the implementation and effects of FZ442:  How well has FZ442 worked, that is, how broadly has state-SONGO contracting been implemented through Russia’s regions?  How successful have SONGOs been in improving responsiveness, effectiveness, diversification, and communication between clients and providers?  Does NGO-state contracting have the potential to transform the dominant, bureaucratic and paternalistic system of state social service provision in Russia? Based on interviews with NGO administrators and experts, governmental databases, media reports and academic studies, we found that the legislation confronted major problems and resistances. Our paper explains the main problems. First, in order to quality as providers of social services that could contract with the state, SONGOs had to apply for inclusion in a ‘regional register.’ Applications were reviewed by regional ministries of social protection, and for reasons that the paper specifies, relatively few SONGOs were admitted to registries. We found two main obstacles to registration. First, most SONGOs were small organizations that could provide specialized services, but not the ‘full complex’ of services, specialists, etc. that established state organizations could provide. SONGOs would have had to increase staffs, hire professional experts, and make other changes to their organizations and missions that many were unable or unwilling to make. Secondly, regional social sector administrators were responsible for the operations and staffs of established state organizations, and were unwilling to divert funding to non-state providers. SONGOs that were admitted to regional registers had difficulty finding clients, as most people from vulnerable social groups who relied on social services stayed with their accustomed routines. We next look at contracting from the perspective of SONGOs. They reported that, despite the difficulties of the contracting system there were advantages. SONGOs that contracted iv with the state to provide services had the possibility to get stable financing through the state budget, solving one of their largest problems, inadequate and unreliable financing. More stable financing would allow SONGOs to develop and improve the quality of their work. Contracting would also provide opportunities for communication and dialogue with state structures. While most SONGO representatives we interviewed saw the advantage, some concluded that joining the contracting system was too onerous or risky. In assessing the results of FZ442, we found that, two years after passage of the law only small numbers of SONGOs were included in most regional registries. We did find variations among regions. In a small number of ‘leading’ regions, administrations created successful systems of contracting, delegating part of social service provision to SONGOs. In the second group of regions authorities blocked SONGOs from registers and maintained strong dominance of state social sector institutions. We categorize these regions as ‘resisters.’ In a third group regional authorities engaged in’ formal compliance’, re-registering parts of state social institutions as SONGOs – creating GONGOs, Government-Organized NGOs. Political factors, particularly the orientations of regional governments toward SONGOs, their past experience of cooperation, seem to be a major differentiating factor. The causes of differences among regions merit further study. We conclude that FZ 442 has not fundamentally changed the practice of social service provision in Russia. A few regions show positive results, but there has been little change in the majority. However, experts believe that with certain refinements of practical mechanisms for the implementation of the contracting reform, it will be possible to diversify social service provision in Russia and improve the range and types of services available to the population.
Оценка политической состоятельности неправительственных организаций как методологическая проблема
Ерофеева П. А. Вестник Нижегородского государственного лингвистического университета им. Н.А. Добролюбова. 2012. № 17. С. 245-257.

The nonprofit sector weakness in Russia is no doubt. The most frequently cited reasons - immaturity of still young civil society structures and the lack of public funding in the third sector. Meanwhile, the process of becoming a non-profit sector can hardly be accelerated. The growth of the federal and regional subsidies, will not provide significant improvements. The main problem lies in the structural characteristics and low efficiency of voluntary sector. In this case, if some structure of the nonprofit sector, such as condominiums, generally demonstrate some progress in recent years, the socially-oriented NGOs are still in stagnation. Public policy can only partly correct the current state and trends.

The paper gives the results of an empirical study evaluating the social efficiency of the international voluntary project dance4life in Russia, the objective of which is to prevent HIV infection and AIDS and to form healthy lifestyle among young people. Analyzing the implementation of the project has shown that the participation of young people in the project has a noticeable positive impact on their level of awareness, frustrates myths about HIV/AIDS, and develops their social and healthy lifestyle skills, on the one hand. On the other, their project involvement favors the increased voluntary activity and self-organization of young people participating in the project.