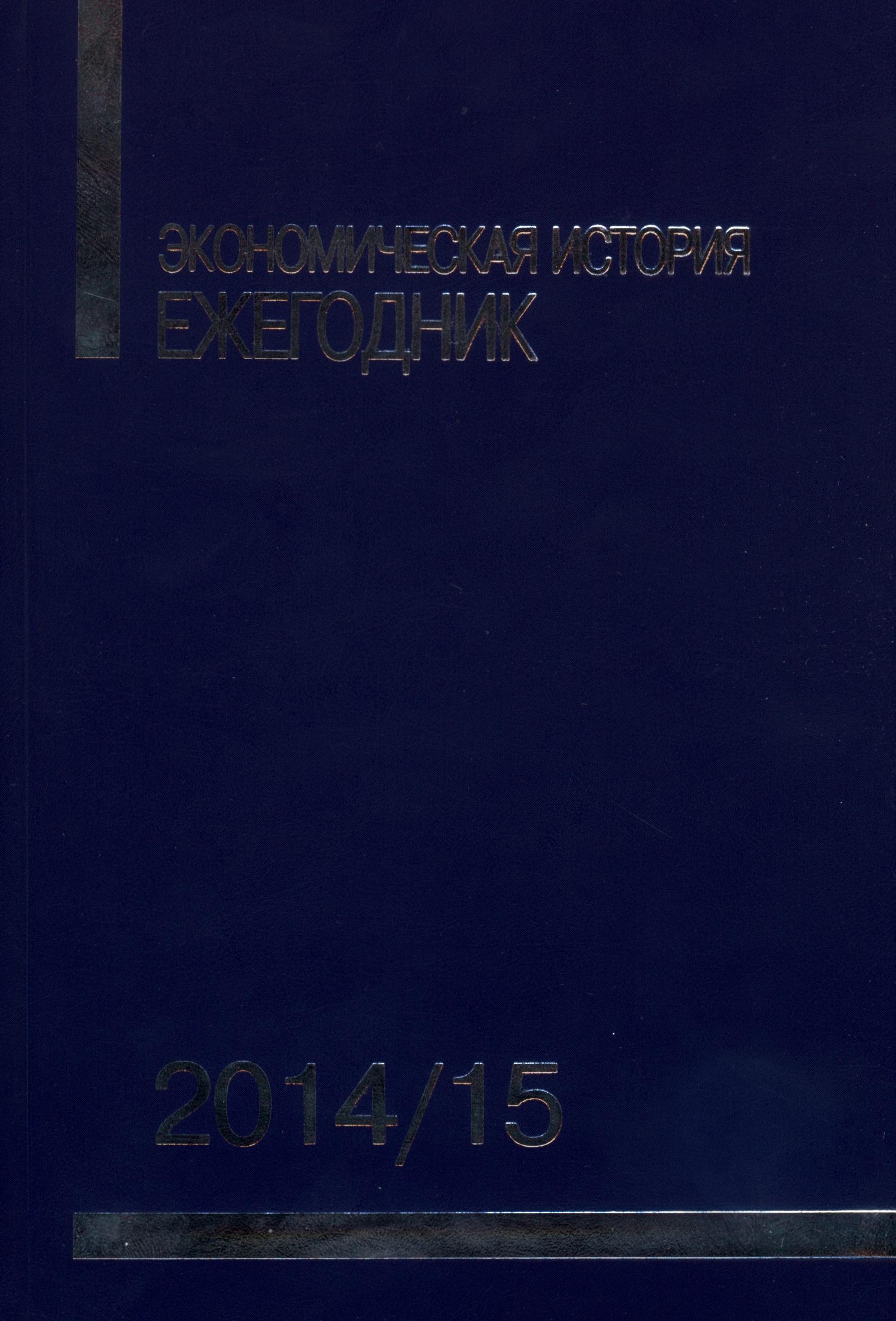 1. When and why did development ways of Russia and Western Europe parted (the

private property) and East (based on power-ownership). It combines the contradictory features

of backward Europe and advanced Asia. The development of Russian civilization (IX—XXIth

Western vector of development. The permanent confrontation between these trends was reflected

in continuous conflicts with external aggressors as well as between the Russian states. The

successive domination of eastern institutions can, apparently, be explained by the compatibility of

oriental despotism with the constant the need to cope with external aggression, which has been

threatening the very existence of Russian civilization throughout its development. In the initial

the influence of institutional export from the politically powerful states such as East (Byzantium,

the Golden Horde, Turkey). The export of institutions from western countries only began with the

XVII century. Such export was always complicated by the path dependency phenomenon, because

the West rather than the East. The development of Russian civilization can be disassembled

1) Kievan Rus (IX—XIII cc.) regarded by some contemporary authors as a European state

and the families of the European rulers);

2) a split of Russian civilization during the Tatar conquest (XIII—XVth cc.): the eastern lands

the periphery of Europe;

3) the formation of Moscow kingdom (XVI—XVII cc.), which is a period of active confrontation

between four models of the Russian State (Moscow, Novgorod, Lithuanian and Cossack),

4) Russian Empire (XVIII—XIX cc.), which is a clear example of catch-up development with

selective imports of Western institutions and gradual reduction of the gap between Russia and Europe; however, even by the end of St. Petersburg period Russia could not be

5) the Soviet era (XXth century), a period of counter-modernization and attempts to eliminate

and Belarus), each of which demonstrates a particular combination of dynamic pro-

Eastern and pro-Western trend of institutional development, but none of them can still

The Russian transformation into a part of Western civilization is highly unlikely. The active

people, which is why the history of Russia can be described as a series of constant shifts. i.e. inflows

for Russia is even less attractive, since at present the Western civilization is gradually losing its role

of a world leader, while the Confucian and Islamic civilizations seek to reclaim such role. The best

option for Russia is to reconstruct its identity as a unique civilization. While being geographically

located on the outskirts of Europe, it is rather a different Europe, an alternative Europe.

Ragged Path of Institutional Development of the Imperial Russia.

The history of Russia from the start of the Troubles in the XVII, up to the early Twentieth

century. is the period of accelerated modernization can be regarded as a prime example of catchup

trying to compete with Western civilization to import the most advanced institutions, while at the

same time their identity. As a result, overtaking development took the form of fluctuations between

The initial institutional reform was to be the “liberation” of the noble elite of the state. Only

the same as the age of the mature Western European institutions of feudalism, the landowners

were “normal” right of private ownership of land and the peasants. However, the state in imperial

Russia remained the main agent of modernization of the economy up to 1917.

serfdom and corvee labor, but retained the “Asian” institutions depending on the peasants from

the community and the state. Stolypin’s reforms were an important step towards the formation of

peasant private property, but do not have time to cause irreversible “farm development“. When

V.I. Lenin at the end of the XIX century, draw conclusions about the differentiation of the peasants

on the bourgeoisie and the proletariat, it is strongly “running ahead”. Much closer to understanding

the very moderate degree of modernization of agricultural production areas was A. Chaianov

already in 1920. formulated the concept of a non-capitalist (labor) farm.

The release of industrial production of the “Asian” institutions going too slowly. During the

XVIII—XIX centuries. a large share of Russian entrepreneurs were representatives of ethnic and

religious minorities trade — Old Believers, Jews, Armenians, Germans, etc. In this regard, one

enterprise system, where competition is mostly off-market (rent-seeking) character. Although at the

century. as “average-weak”. Russia of the early Twentieth century. really should be weak among

the middle — Japan upgraded slightly worse, but significantly better than Turkey. The results of

more than two centuries of conscious experience catch-up were not very expressive and, most

3. Between “Real Socialism” and “Oriental Despotism”: Labyrinths of Institutional

of Russian civilization in the Soviet period, based on its interpretation as a particular example

of catch-study which to engage in the development economics. In 1917—1991 years Russia

carried out in counter-modernization, which tried to solve the same problem faced by all emerging

Communist ideology played in choosing these methods very important, but not decisive role, on

the contrary, the practice of counter- modernization led to “fit” the ideology of a real opportunity.

necessary to qualitatively change the “rules of the game”. First bifurcation’s period — the

time of the Civil War, when the confrontation of three socio-economic systems (“Red” Military

Mixed economy NEP could solve the problem of the recovery period, but could not provide a “Big

push”. In the second period bifurcation end of the 1920s ideas of the five main paradigms of

way or another everything. Eventually realized peculiar mixture of neoclassical and traditional

Administrative-command system (created during the “Great Break”) could effectively, albeit with

low efficiency, complete industrialization of the economy. However, post-industrial modernization

market elements “game rules”, but these are torture were unsuccessful. The failure of the

of the Soviet economy of its distinctive features are transformed into institutional traps: incomplete

alienates citizens from power and property. Misunderstanding of the Soviet political elite need to

transition to a post-industrial economy and strengthening the independence nomenklatura finally led to the decline and collapse of the Soviet economic model. The author’s concept based on

a generalization of the works of domestic and foreign social scientists 1990-2010-ies (G. Hanin,

4. Institutional Development in Post-Soviet Russia: in Search for an Escape from the Pathdependence

a market economy. It is connected with the fact that the radical economic reforms of the early

1990s. carried out the revolution “from above”, aimed primarily at consolidating the new political

regime. As a result of privatization — key economic reforms — adopted the nomenclature and is

accompanied by the erosion of property rights rather than their further specification.

Already in the late 1990s “Russian Drama” is labeled: even after all originally planned major

the quality of economic growth. Although there is an explanation of the “Russian drama” with the

positions of all the paradigms of economic-development theory, the authors focus on institutional

actors of the Russian economy.

2010’s, but in the last decade, they retain a strong dependence on the state. This is manifested,

in particular, that the contradiction between the “people and the government” during the opinion

polls, Russians considered to be more relevant than conflicts between employers and employees.

In business, there is also a combination of market progress and “Asian” stagnation. On the

one hand, to the beginning of the 2000s. institutions of barter were liquidated and integrated

business groups were formed. They are interested in unification and efficiency “rules of the game”.

On the other hand, the economy remained largely unproductive entrepreneurship (by W. Baumol):

this is manifested not so much in a candid business fraud (as in pyramid schemes), but the

the Russian state, which claims the monopoly in the construction of the Institution. As a result,

the authorities, and in the shadow economy has evolved institutional corruption.

and private property in the activities of all the actors of economic life. There is a certain

modern era: in both cases “the loss of the old world without acquiring a new” (according to Marx)

initially observed, and then only “creative work” becomes gradually visible for “heap of ruins”.

5. What will the future bring? (Light and shade concept of long-term socio-economic

innovation. The theory of innovation in its development has gone through a least 3 stages. In the

of innovation and their role in the development of society over time (long, medium and short

periods), the relationship of innovation and long cycles conditions. This period is associated with

the names of J.A. Schumpeter, M.I. Tugan-Baranovsky and N.D. Kondratieff. The second stage in

the development of innovation theory (second half 1940 — first half of the 1970s) is characterized by the increased role of macroeconomic analysis, in turn, he has at least two substages: the first

of which was dominated by the ideas of neo-Keynesians, on the second-neoclassical. The third

to the present. It is characterized by an offensive alternative approach to macroeconomic theory.

With a certain degree of conditionality is also possible to distinguish two substages. The first

from evolutionary theory, institutionalism (the theory of the firm) and management (innovation

management). In the second substage (mid 90s) innovations studied by the methods of systems

analysis. The authors are increasingly focused on issues of comparative studies: a comparative

analysis of innovation policy in different countries, study the ways and means of forming an

effective innovation systems. In the report it is critically considered not only the official point of

Direction of the Russian Economy”. Also «The forecast of innovative, technological and structural

Revolution 2020: Trends, Drivers, Barriers, and Social Implications” are analyzed. In this paper

in the 21st century Russia were analyzed. Basic elements of social market economy are personal

A brief summary of the 13th Old World Conference in Phonology (Budapest, January 2016) and the pre-conference talk by Paul Smolensky