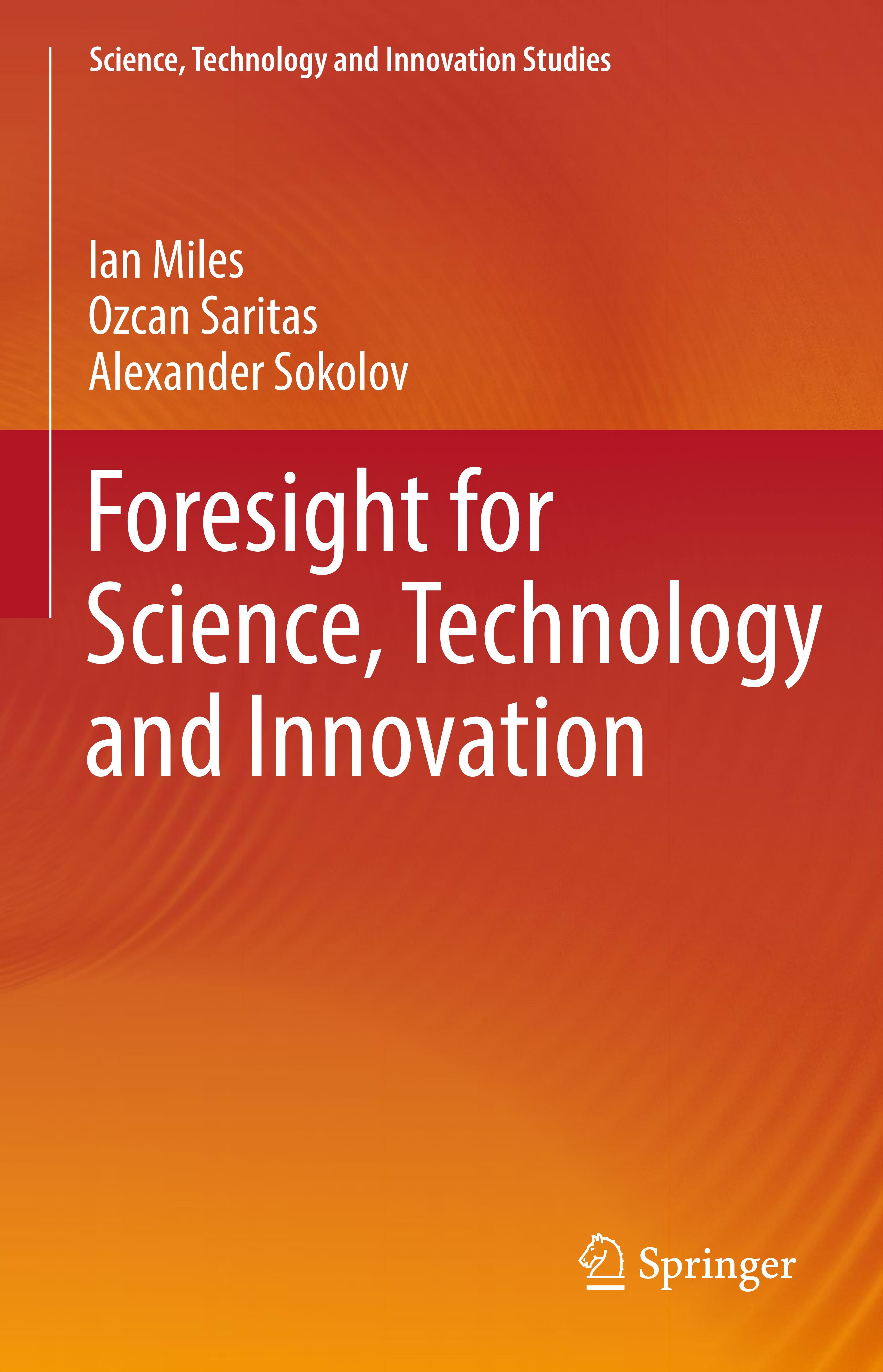 Decision-makers at all levels are being confronted with novel complexities and uncertainties and face long-term challenges which require foresight about long-term future prospects, assumptions, and strategies. This book explores how foresight studies can be systematically undertaken and used in this context.  It explicates why and how methods like horizon scanning, scenario planning, and roadmapping should be applied when dealing with high levels of uncertainty. The scope of the book moves beyond “narrow” technology foresight, towards addressing systemic interrelations between social, technological, economic, environmental, and political systems.  Applications of foresight tools to such fields as energy, cities, health, transportation, education, and sustainability are considered as well as enabling technologies including nano-, bio-, and information technologies and cognitive sciences. The approaches will be illustrated with specific actual cases.

The shipbuilding sector’s multiple contributions to the social and economic development, as well as to science and technology, of major maritime countries mean that the sector attracts strong interest of entrepreneurs, researchers, and government agencies. Meanwhile the diverse forms of inter-industrial interaction, and specific aspects associated with building high-technology vessels require significant investments. Hence that is a significant challenge in a context of increasingly uncertain future demand for innovative products. What will the global shipbuilding industry look like in the next 10-15 years? What market niches will open ‘windows of opportunity’ for the Russian shipbuilding industry? Experts from industrial companies and research organisations answered these and other questions as part of a foresight study conducted by the HSE ISSEK jointly with the Krylov State Research Centre. The industry is highly dependent on various global environmental, energy, demographic, food, transport and technological factors. Accordingly, the prospects for technological development of the Russian shipbuilding and ship repair industry were analysed in the context of global, national, and industry-specific challenges, trends, drivers and limitations. The study compiled a vision of the global shipbuilding’s future based on the analysis of the expert community’s opinions, strategic documents, programmes, and forecasts. The vision comprises multiple images covering more than 400 technologies and products grouped into 11 subject areas: ecology and environment protection; engines and mechanisms; ship designs; new materials and processing technologies; information technologies and automated systems; navigation; telecommunications; energy supply and energy saving; safety and security; management and control; vessels’ life cycle technologies; production technologies. Analysis of inter-industrial interaction revealed synergies by applying technological innovations created in other industries in the shipbuilding sector. The four possible shipbuilding development scenarios until 2030 are proposed taking into account key uncertainty factors and strategic ‘forks.’ These scenarios enabled us to identify high-priority areas with a potential to implement the full innovation cycle – from research and development to commercialisation of end products. The study’s plausible conclusion is that the Russian shipbuilding industry’s competitive advantages in the global market can be achieved by implementing active government policies to support the production of high-technology vessels and marine equipment to develop mineral deposits on the continental shelf.

The modern theory of complexity is one of the most promising tool to understand uncertain, full of sudden changes, and complex world we live in. Due to rapid development of this theory, considerable changes occur in the concept net with the help of which we comprehend the world and build our own activity. Whereas at the beginning of the 20th century, natural sciences, by picking up the general spirit of Einstein’s theory of relativity, consider geometrization as an ideal, i.e. try to represent time and force interactions through space and the changes of its properties, nowadays, at the beginning of the 21st century, time turns to be in the focus of attention. It turns to be possible to represent space through time, because the theory of complexity shows that historical and evolutionary stages of development of a complex structure can be found now, in its present spatial configuration. A whole series of paradoxical notions, such as “the influence of the future upon the present”, a “possibility of touching of a rather remote future today”, “availability of the past and the future now, in praesenti”, “irreversibility and elements of reversibility in the course of evolutionary processes in time”, “discrete unites, quanta of time”, appear in the theory of complexity.

This paper aims to present a set of strategic options for Research and Innovation (R&I) stakeholders in the light of new and emerging ways of organising and performing research. Design/methodology/approach: The paper first reviews the evolution of the R&I landscape and identifies the most influential stakeholders engaged in R&I. In the light of the scenarios developed for the year 2030, a set of strategic options are identified and assessed for each stakeholder group. Findings: R&I systems are now more complex than 50 years ago and will be even more in the future. Radical changes are expected in terms of the ways research is funded, organised and carried out. Some of these transformations are captured by the scenarios developed. The analysis of scenarios indicated that their feasibility and desirability differ across different sectors of industry, and research areas within the research landscape. Research limitations/implications: Scenarios and strategies presented in the paper bring new considerations on the way research activities are practiced. Further research is considered to be useful on the new modes of research and implications for academia, industry, society and policy makers. Practical implications: The discussion around the responses of different stakeholders vis-à-vis specific scenarios about the future in R&I practices and organisation gives a practical view about how to deal with associated emerging trends and issues. Social implications: Society is a crucial stakeholder of all R&I activities. The transformative scenarios suggest that society will not only be playing a reactive role on the demand side but also more proactive role on the supply side in the decades to come. Originality/value: The paper is based on work undertaken within the Research and Innovation (RIF) 2030 project. As R&I activities will be important for the development and competitiveness of the EU and its member states, the work presented here is considered to be of value by highlighting how to create more resilient strategies in a fast-changing R&I landscape.