Street art as "Exerciser for Vision": Hamburg Graffiti Writer Oz and the Community of Smileys

The article deals with a unique personal project by Hamburg graffiti writer Oz (Walter Fischer, 1950-2014), one of the oldest and prolific participants of Hamburg graffiti and street art scene. His personal project, successful in terms of public recognition (and public hate), includes 30 years of painting simple but incalculable symbols on nearly every surface in Hamburg. Oz presents a viewer with a different image of the city, creating an open and fluid urban “community of vision” as well as the conditions for street art to develop itself in the city in a very innovative way. “Oz project”, while being controversial in the official opinion, contributed to Hamburg identity, first, and to the understanding of one particular important function street art performs on city streets, second. Street art works as an “exerciser for vision”, as a developer of different cultural ways of seeing. Methodologically the article brings together visual studies, which are comparatively less presented in the existing field of debates on street art, with social anthropology and urban studies.

Language: English
Full text
Keywords: urban studiesсообществограффитистрит-артcommunityгородские исследованиявизуальные исследованияGraffiti and Street ArtVisual Studies
Publication based on the results of:
The construction of the past and forms of historical culture in contemporary urban spaces (2014) 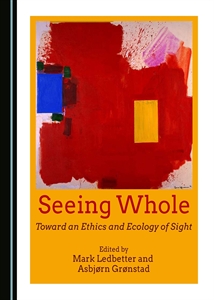