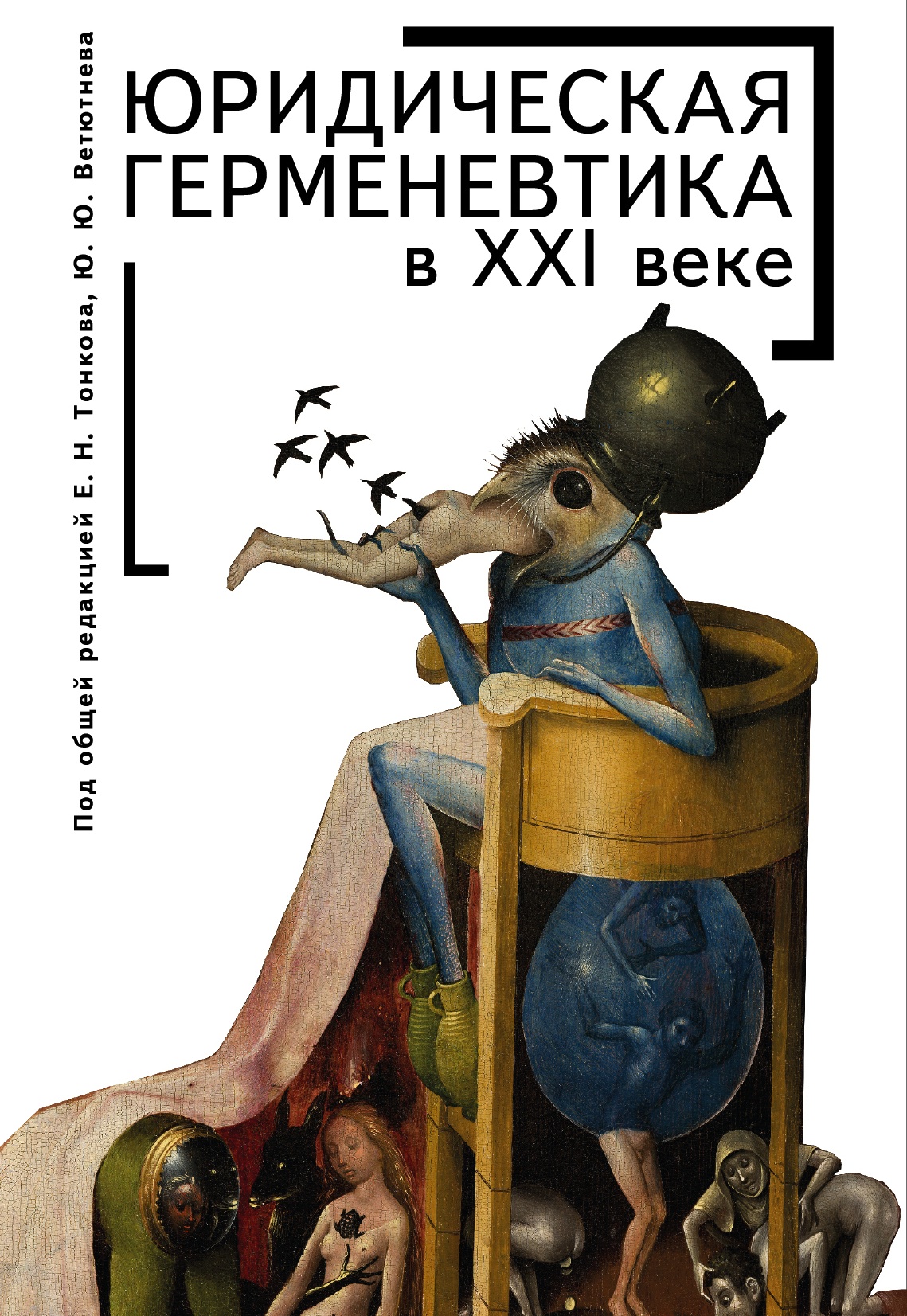 Reader in Sociology of Law and Law Enforcement

Eugen Ehrlich - State Law and Law Enforcement in Societal Systems
Antonov M. Law. LAW. Высшая школа экономики, 2014. No. 33.
In this article, the author examines the socio-legal conception of Eugen Ehrlich and its relation to state law and judicial law enforcement. The attention is focused on the practical implications of this conception on the functioning of judicial systems. Analyzing the criticism raised against Ehrlich’s conception, the author emphasizes that this thinker stood on a scientific platform which did not necessitate any strict distinction between the factual and the normative — between Is and Ought — considering any attempt to draw a net distinction between societal phenomena as pointless. Ehrlich sought to enlarge the province of jurisprudence through the application of sociological methods to the factual material from which arise social institutions. These institutions crystallize social practices into rules of behaviour, but this crystallization does not happen automatically. It requires an intellectual reconstruction of these practices by the actors acting in the legal order. A scientific examination of law implies that all these components (social facts, institutions, mental constructions, rules and norms) are taken into consideration. Ehrlich critically assesses both the state-centrist ideology of the doctrinal law and the metaphysic speculations about law, arguing that correct law enforcement needs to rely on sociological analysis. The judge should take advantage of methods of sociological research, which allows stating the actual trends of justice in society and comparing these trends with those existing at the time the applicable legal rules were adopted. This comparison leads to a correct balancing of the conflicting interests with a view to the values protected by the legal order. At the same time, the sociological data just help the judge to reveal the will of the lawmaker who would protect the conflicting interests in the same manner as those which were protected when the lawmaker adopted the legal rules in question.
Теория источников права Ойгена Эрлиха и идея социального права
Гурвич Г. Д. В кн.: Основоположение социологии права. СПб.: Университетский издательский консорциум, 2011. С. 653-666.

The notion of globalization is relatively imprecise, and can be used loosely to embrace a large variety of different modern phenomena. Theorists abuse the G-words (a term of William Twining to demonstrate radical changes, or at least the changes which seem to be radical to some philosophers. Generalized references to new (quasi-)realities allow theorists to escape a long and laborious examination and comparison of legal phenomena in the past and in the present. This new kind of reductionism does not seek to describe complex systems through one or several prevailing elements as the classical scientific paradigm does. On the contrary, it is claimed that the growing complexity of the world requires a multidimensional approach which tries to embrace every aspect of reality.

Normativity of legal rules according to Eugen Ehrlich
Антонов М. В. Law. LAW. Высшая школа экономики, 2013
In this paper the author questions the role of Eugen Ehrlich’s sociological jurisprudence for the contemporary debates about sources of the binding rules which have their (ontological) foundation in the societal practices but whose validity cannot be extracted from these practices. The question about the normativity of the legal rules for Ehrlich was not identical with the thesis about the normativity of the social practices and the patterns of behavior which are capable of obtaining biding force if fixed in a legally recognized form (i.e. recognized by the legal community). As a result, the process of norm-creation requires an intellectual reconstruction of these practices and patterns by jurists, judges, and legislators who reshape the societal relations into the legal ones with the help of particular intellectual images. It is this reshaping that gives rise to the legal rules. The process of such reconstruction cannot be but intellectual, and therefore cannot be conceived of without reference to the creative work of the lawyers. Consequently, the legal rules cannot emerge directly from the societal practices. These practices in which the lawyers are engaged in or which they simply contemplate, can influence their creative activity, but cannot replace it, and thus cannot provide a mechanical transformation of the factual into the intellectual/normative.
«Рукотворный» компонент национального богатства страны как охраняемая уголовным законом ценность
Панченко П. Н. Право и государство: теория и практика. 2010. № 6. С. 110-114.

Global Legal Pluralism: A New Way of Legal Thinking
Antonov M. Law. LAW. Высшая школа экономики, 2013. No. 10.
The subject matter of this article is the terminology which is used in contemporary law and sociological jurisprudence to denote changes in legal regulation. Among the most fashionable terms are those of globalization and pluralism. In the author’s opinion, these two terms indicate diverse phenomena and have different tasks. Pluralism is a concept allowing the description and explication of various legal facts, institutions, relations which are not generally recognized in state-centered theory of law. Globalization is a common name for the distinctive characteristics which distinguish the present-day Western civilization from other civilizations. The amalgamation of these two different aspects into one set of methods and ideas inspired by the need to explain modernity does not lead to the formation of a new methodology or of a scientific conception. Rather globalization talks about plurality in contemporary law having another function – to describe the changing mentality, new ways of legal thinking which are growing in the Western world. These changes have repercussions in many fields of science, i.e. in a new understanding of such traditional concepts as sovereignty.
Encyclopedia of Law and Society: American and Global Perspectives
Edited by: D. S. Clark. Thousand Oaks: Sage, 2007.

This book reflects the latest trends in the contemporary legal science. The author consequently develops his idea that interhuman communicatation and interaction play an important role in creation and in ligitimation of law, involving the social groups in a communicative process.