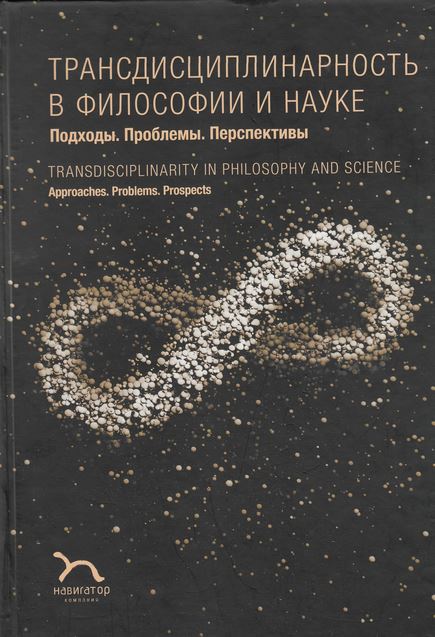 Трансдисциплинарность в философии и науке: подходы, проблемы, перспективы
М.: Издательский дом "Навигатор", 2015.
Similar publications
Концепция когнитивных кадров
Алюшин А. Л. Философские науки. 2010. № 11. С. 104-115.
Современная когнитология и когнитивная аналитика в контексте философской инноватики: монография
Ростов н/Д: Изд-во ЮРИУ РАНХиГС, 2014.
Divisive-Agglomerative Algorithm and Complexity of Automatic Classification Problems
Rubchinskiy A. Математические методы анализа решений в экономике, бизнесе и политике. WP7. Высшая школа экономики, 2015. No. WP7/2015/09.
An algorithm of solution of the Automatic Classification (AC for brevity) problem is set forth in the paper. In the AC problem, it is required to find one or several partitions, starting with the given pattern matrix or dissimilarity / similarity matrix. The three-level scheme of the algorithm is suggested. The output of the procedure is a family of classifications, while the ratio between the cardinality of this family and the cardinality of the set of all the classifications, considered in the procedure, is taken as a measure of complexity of the initial AC problem. For classifications of parliament members according to their vote results, the general notion of complexity is interpreted as consistence or rationality of this parliament policy. For “tossing” deputies or ⁄ and whole fractions the corresponding clusters become poorly distinguished and partially perplexing that results in relatively high value of complexity of their classifications. By contrast, under consistent policy, deputies’ clusters are clearly distinguished and the complexity level is low enough (i.e. in a given parliament the level of consistency, accordance, rationality is high). The mentioned reasoning was applied to analysis of activity of 2-nd, 3-rd and 4-th RF Duma (Russian parliament, 1996–2007). The classifications based upon one-month votes were constructed for every month. The comparison of complexity for selected periods allows suggesting new meaningful interpretations of activity of various election bodies, including different country parliaments, international organizations and board of large corporations.
In Search of the New "Turns": History and Theory in the 21 st century
Savelieva I. M. Humanities. HUM. Basic Research Programme, 2011. No. 02.
This study researches some of the most recent theories (elaborated by historians and social scientists) applied to the practice of historical research. The object of this research includes ideas, concepts, notions, methods of scholarly analysis of past social reality, as well as the emergence of new interdisciplinary fields, mutual borrowings and interventions. In this connection, the opposite process — the historization of some very disparate disciplinary discourses — is briefly addressed. It includes especially historical aspects of anthropology and sociology in the coming century. The research is based on information from journals specialized in history and theory, on leading history journals which demonstrate the state of art in various research areas, on sociological journals publishing material on historical sociology and on monographs from 1995—2010.
Стратегии экологического мышления в свете концепции Umwelt Якоба фон Икскюля
Князева Е. Н. Философия и культура. 2014. № 7. С. 943-953.

Some methodological foundations for elaboration of the modern strategies of ecological thinking based on the theoretical biology and on the theory of complex adaptive systems статье are under review in the article. Ecology, being a science of interaction of living organisms and their communities with environment, goes far beyond its primary frames of the biological knowledge and becomes a nodal discipline from which vectors of perspective interdisciplinary synthesis of knowledge diverge. The ecological approach turns to be fruitful in social and humanitarian researches. Ecology of action, ecology of mind, ecology of life, of cognition and of creativity, ecology of thoughts and words, ecology of ideas, ecology of communication and ecology of management – all these conceptual attitudes give evidence of audacious integration of the ecological thinking in wide spheres of the humanitarian and social knowledge, where it gives opportunities for some fresh approaches. The concept of Umwelt coined by Jakob von Uexküll in 1909 and his study of Umwelt (Umweltslehre) are of great significance for the development of the modern ecological universalism and for elaboration of strategic imperatives of the ecological thinking. The concept of Umwelt as a specific environment to which any biological species or its separate individual is adapted and which is constructed by it allows us to elaborate a real interdisciplinary platform for development of the theory of ecology, for holding a reasonable position in discussions about sustainable development and sustainable futures as well as about the role of education for sustainable development of the world.

The article concentrates on the analysis of new tendencies in the theoretical foundations of historical sociology in the incoming new century. It focuses on the so called “third wave” in sociology which strangely remains unnoticed by historians. Meanwhile the representatives of the “third wave” rejected the fundamental principles of their teachers – creators of many famous concepts of modernization. The new generation in American sociology prefers to focus their studies on topics other than typology, searching for contingency, unpredictability, chains of events, path dependency etc. Here in conceptual approaches to the past social reality we find out deliberate and thought-out attempt to use transformed and formalized but essentially historical methods which are well articulated. The broader object of the research is the historical knowledge and the professional concepts about “subject and method”, the creation of interdisciplinary areas, mutual adoption and interventions.

SSRN is a multi-disciplinary online repository of scholarly research and related materials. Authors can share and distribute their research on an interdisciplinary...

Technology Classification for the Purposes of Future Studies
Kuzminov I., Meissner D., Lavrynenko A. S. et al. Science, Technology and Innovation. WP BRP. Высшая школа экономики, 2018. No. 78/STI/2018.
The paper analyses problems associated with technologies classification for the purposes of futures studies, in order to ensure definitive inclusion of technologies in specific classes/types when conventional approaches to classification are applied. The evolution of classification approaches in the scope of science philosophy is shortly reviewed, together with the latest research on expert-based and computerised (algorithmic) classification and methodological dilemmas related to hierarchical aggregation of technological and production processes are analysed. Common problems with classifying technologies and industries frequently encountered in the age of converging technologies are examined, using the agricultural sector and related industries as an example. A case study of computerised classification of agricultural technologies based on clustering algorithms is presented, with a brief analysis of the potential and limitations of the methodology. For doing so a two-stage approach to classifying technologies is suggested, based on distinguishing between platform (multipurpose) and industry-specific technologies. An adaptive approach to analysing technological structures is proposed, based on many-to-many relationships and fuzzy logic principles.