С. 195-217.
The article presents an overview of the views of Douglass North on the process of histor-ical development and the role of culture in this process. The paper reveals his views on the be-liefs, formal and informal institutions , and organizations. North position outlined in the last in-dividual work "Understanding the process of economic change " is compared with the views ex-pressed the collective book with , "Violence and social orders." Author concludes that there are "two Norths": in the first of his works he underlines the role of the beliefs and institutions as components of the concept of culture as determining factors of the process of economic change, when in the second beliefs are considered as a part of institutions and culture remains outside the field of vie, being replaced by violence as the object of research in the study of social orders
Language: Russian
Full text
Keywords: культураинститутыinstitutionsубежденияpath dependenceэффект колеиbeliefsорганизацииorganizationsCulturehistorical changesисторические изменения 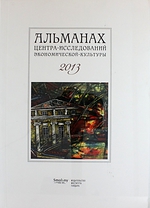